It was a great week here in Central Illinois this year.  It was a bit on the cool side since we had a cold front come through.  But with that, we got about 1.5 inches of rain last Monday night.  That filled the rain barrels up – so we are all stocked and ready to go!

The germination station down in the basement is still going very well.  However, the tomatoes have almost got to the point where I cannot raise the lights anymore.  This year has been much cooler than usual – at least the spring.

Got several things done this week.  One of the first things that was done earlier in the week was to transplant the Ventura Celery outside.  Since we don’t have strawberries this year, I planted them in the old strawberry pyramids.  That way there is plenty of room for them to grow. 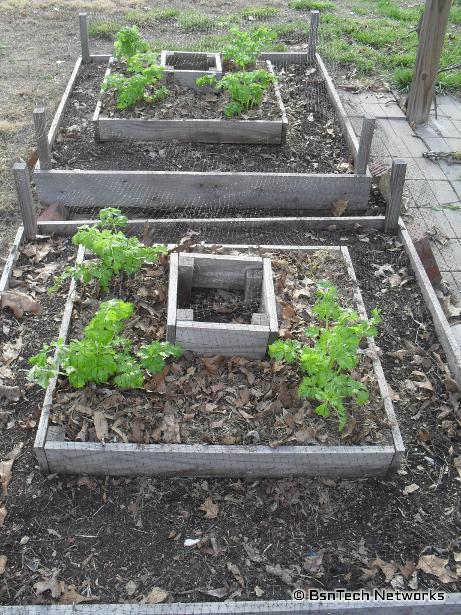 Surrounding the celery on the bottom tier are Easter Egg Radish seeds.  None of them have sprouted yet, however.  The radish seed was saved from some plants a few years back – so I’m anxious to see how well they germinate.  I think I may have planted the seeds too deep though – in some cases they were planted an inch or more.  Just will have to see if they sprout.  If not, I’ll re-seed.

I also put a good layer of some mulched-up leaves around the celery to keep the moisture in.  Celery need A LOT of water.  I was surprised to see just how much they were drinking when they were downstairs in the germination station.  I was filling a container up each week to keep them satisfied.

Over down by the flower bed, the daffodils are in full bloom.  Last weekend, I planted some Kennebec potatoes amongst them. 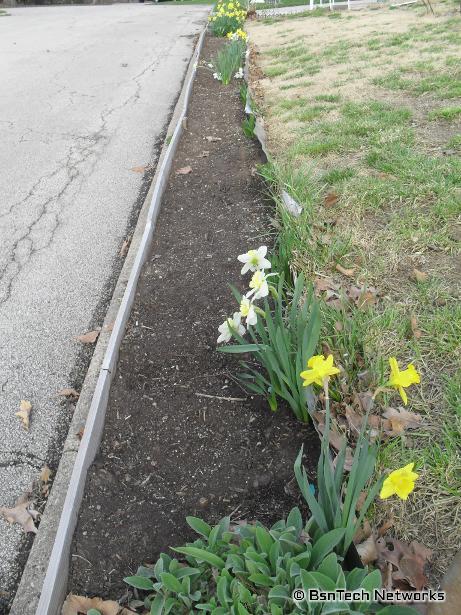 Also this week – I transplanted six lettuce plants into the patio garden.  On the right side are two Simpson Elite plants.  Down the middle are the Red Salad Bowl – and finally on the left are two New Red Fire.  One of them may not make it – as it doesn’t look like it transplanted very well. 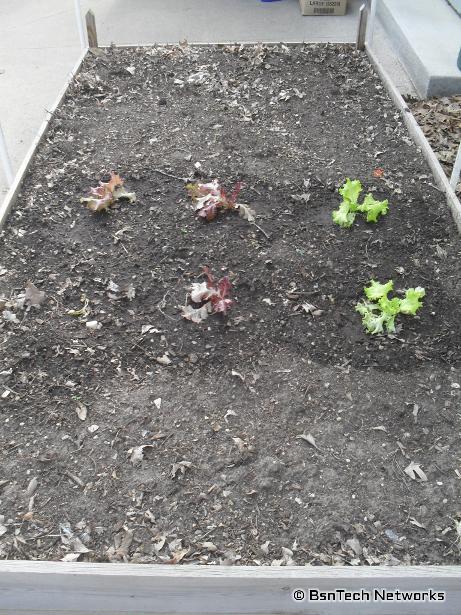 Then lastly – the front garden.  It was populated today with the Varsity Onions in the front.  Then there were six Snow Crown Cauliflower planted down the left side and then three each of Premium Crop Broccoli and Green Goliath Broccoli planted on the right side. 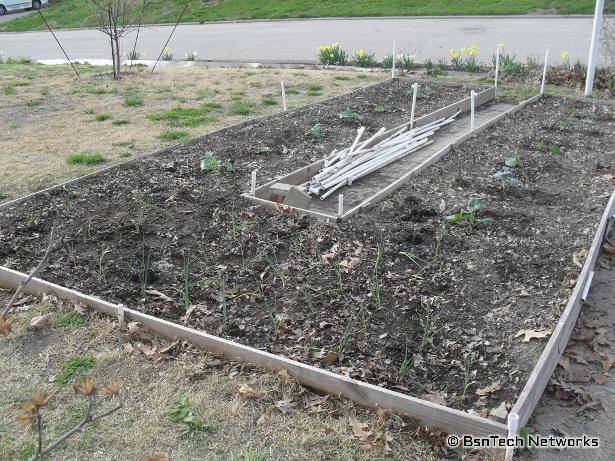 By getting those outside, that allowed me to turn off two of the five fluorescent light fixtures in the germination station.  Any savings on energy is good!

We are to get another full week of rain – according to the weather people.  This past week – they said rain everyday.  That didn’t quite happen – but at least we did get enough to fill the barrels up.