A new project is in the midst of being started… stay tuned.

The three posts against the back side of the garage were put in the ground.  The three leaning posts are just there to hold them in place and to keep them from moving while the concrete hardens.

This side of the garage that is pretty much useless because there isn't any sunlight that gets to this area.  Therefore, the new project is going to be perfectly suited for this area. 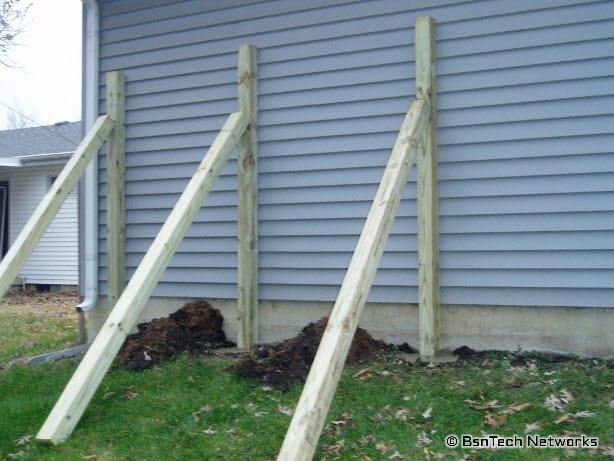 Two more posts have been set in the ground and cement poured.   Unfortunately, I hope this cement will cure correctly because it was poured while it was about 48 degrees outside for the two new posts.  Over the next couple of days, the temperatures will be dropping down into the lower 20's overnight and won't be much more than freezing during the daytime.  Concrete shouldn't be poured during cold times like this as it has a tendency to crack and not be as strong as concrete poured during warmer temperatures.  I did cover up the concerte with some plastic and then piled about six inches of soil over the top.  This was done a few hours after the concrete was pourted to allow it a little time to harden a bit so the plastic won't stick to the concrete. 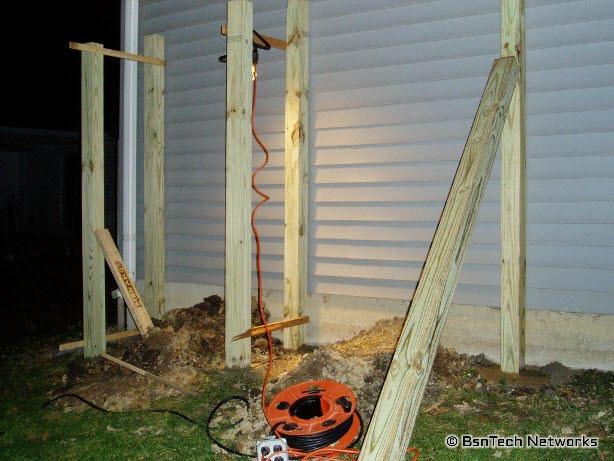 You can see that the posts are of different heights – but that is fine.  I'll have to cut them off to a shorter length anyways once all of the posts are in.  This will then allow me to ensure they are all the same height.

So, there is one more post to put in – but I can't start on that for quite some time – and I may not even be able to start on it this year!  With the way the weather is looking for the next week, I can get the hole dug but I don't want to take my chances with pouring concrete in cold temperatures.  This project will have about 2,500 pounds of weight sitting at the top once it is fully completed.