Well, this most likely will be the last garden blog post for the 2013 year.  A great deal of time has passed since the last time that I made a post on here.

In fact, back on September 14th, I went out into the garden and took some photos – but failed to ever get the post made.  So, I will do that now.

So, let’s take a trip back to a little over a month ago!

First off – let’s see what the cherry tomato plants look like.  They absolutely LOVE the spot that they are put in.  A couple of years ago, they were put in this same spot and grew to be just like this.  At least off of just one cherry tomato plant, we got a bounty of produce for salads. 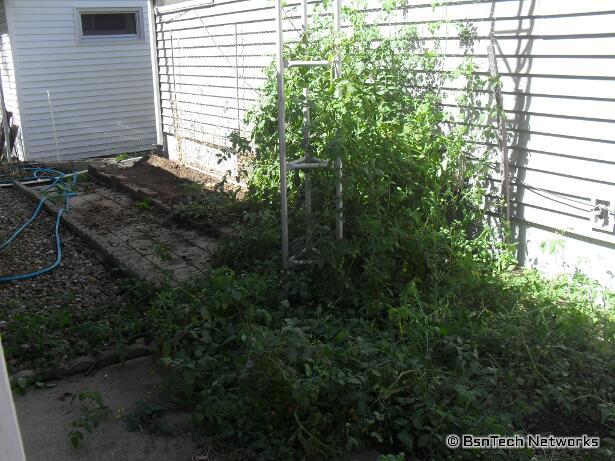 In addition, back behind the big cherry tomato plant was some potatoes that were both planted – and some volunteers from last year.  So the final amount of kennebec potatoes were picked.  The five gallon bucket is about half-way filled – so we got another decent amount of potatoes on top of the 80+ pounds from the front garden. 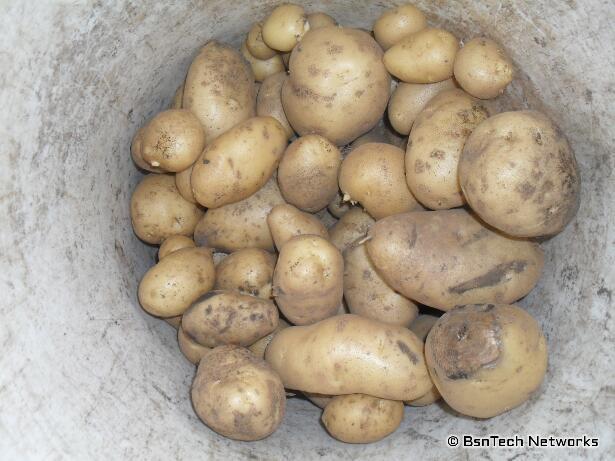 Out in the front garden, I was finally fed up with the deer.  I tried the deer netting.  In some places, it works.  In others, it doesn’t.  If you are using the netting to cover something up fully, it works well.  But if you are using it in a fence-like manner to try and keep the deer out, I’ve had major failure.  Well, I had a huge roll of “snow fencing” that is plastic and pretty heavy-duty.  It is mostly always in a construction orange color and you see it around construction zones.  So I took down the deer netting and put this up. 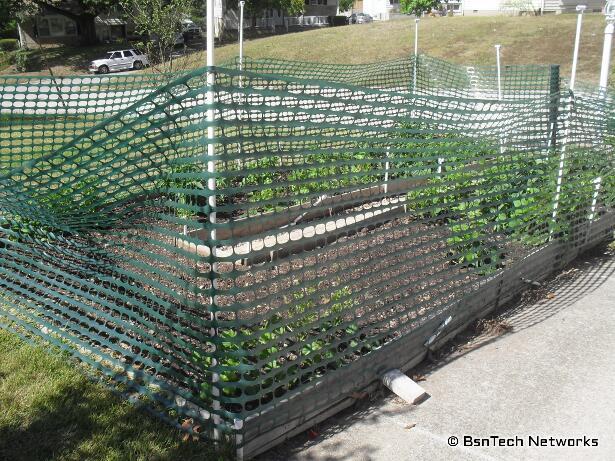 It certanly doesn’t look nice, but wouldn’t you know it, there was absolutely NO more deer that got into the garden area after that!  Because the fencing was put up, we managed to get a whopping one-gallon freezer bag full of green beans this year.  Not a lot – but that is a whole bag more than last year.  So going forward, I have learned my lesson – only use the heavy duty fencing up around the front garden if we want any green beans!

Do you know what the green bean plants looked like before the fencing was put up?  Just look below.  They look awful and eaten down.  At least they did come back and put on some beans for us. 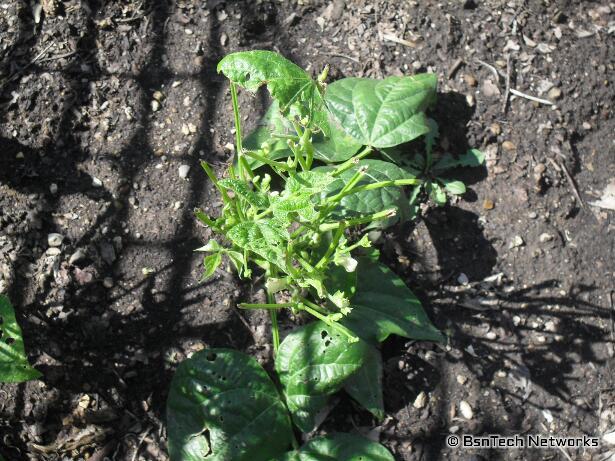 Speaking of the front garden, the California Wonder peppers are doing.. alright.  Not great, but they were growing. 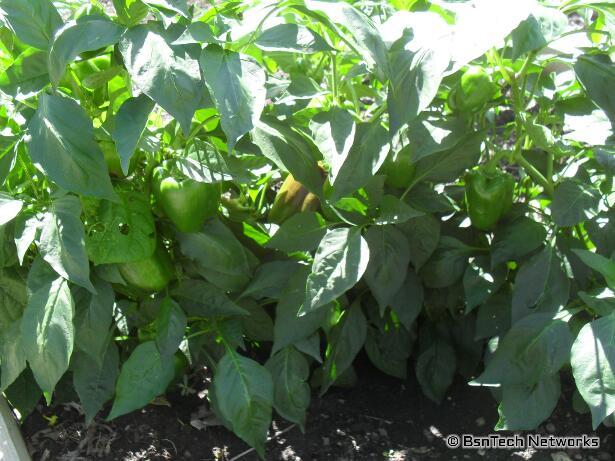 And finally, around September 14th, there was a decent supply of tomatoes picked.  This year was nothing like the previous years with tomatoes, however.  In previous years, we could bag several gallon-sized freezer bags of tomatoes.  We didn’t bag any this year.  Just barely had enough to eat. 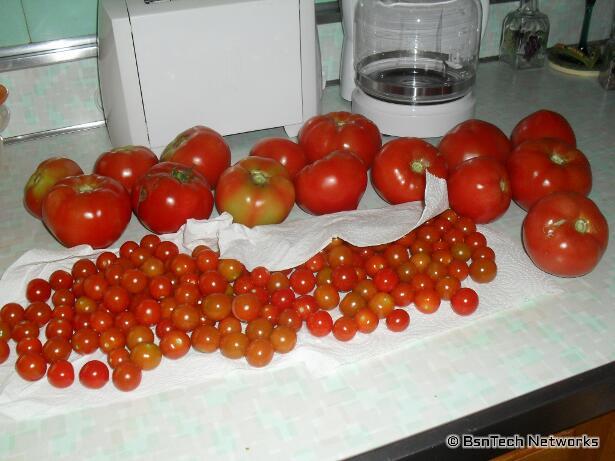 Fast forward to today, October 22nd.  Well, we had a frost last night.  Everything looked dead and droopy on my way to work this morning.  I had every intention of getting things picked Monday night but I just got too busy to get outside.  So after work, I went outside and went to work.

The green fencing was taken down around the front garden and I then picked the rest of the viable peppers.  Wow, there was a bell pepper extravaganza!  At the end of the season, we always have a huge amount of peppers to pick.  Mostly because I try to let them “ripen” up on the plants and turn red.  So at the end of the year, all of them get picked. 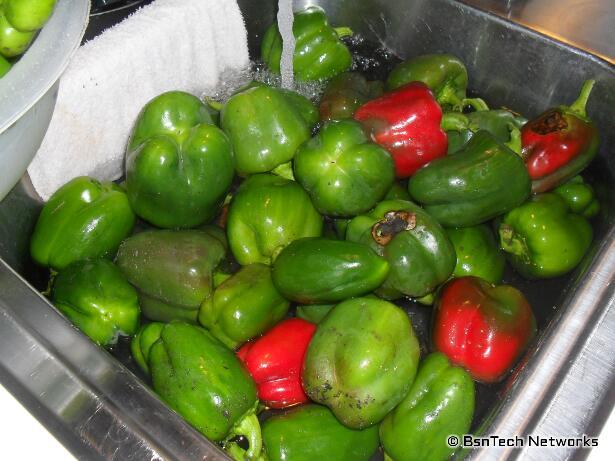 Wow, that is a sink full of peppers!  But wait, there’s more! 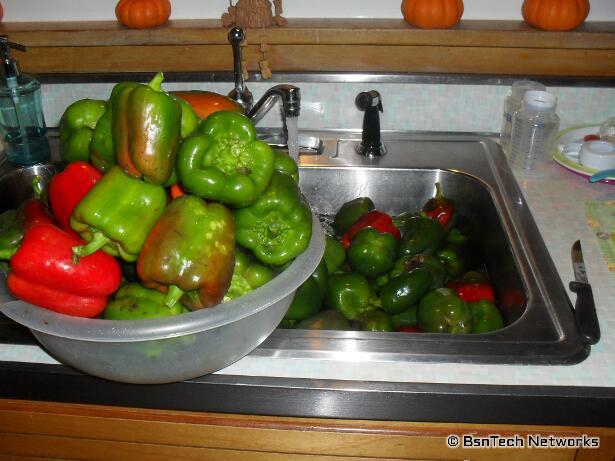 That is a lot of peppers!  Probably more than ten pounds worth.  I’m not sure, I quite weighing and counting everything a few years back.  Just was too tedious.

Well, there you have it for the year.  A lot of preparation and garden cleanup needs to be done now – and I’m not looking forward to it.  A lot of leaf mulching, tilling, and cleaning of everything that is left.  I did open the valves on the water barrels this evening to start letting the water out of those, so that is a small step in the right direction.