Well there have been a lot of big changes in the garden this week!

First, we'll start out with a bowl of tri-star strawberries that my wife picked – I let her take over the strawberry patch since she's the strawberry girl.  The past few weeks have seen a remakable increase in the size of the strawberries – not to mention the quantity.  Now that the roots of the plants are more settled, the size and quantity has increased. 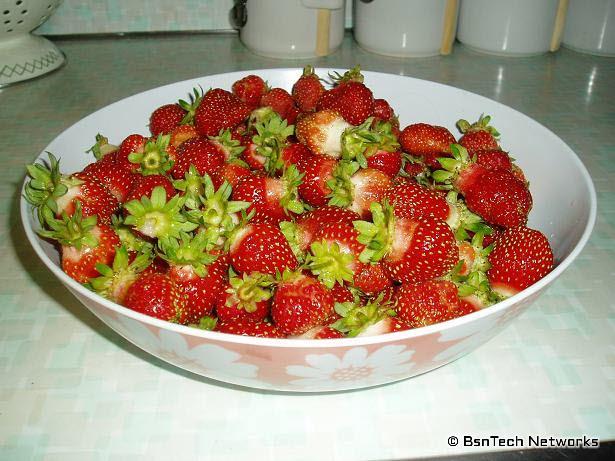 After the weather cooled back down in the 70's last week, the peas decided to put on more!  So today (Thursday) and a few days ago (Tuesday), I figured it was time to pull the peas down.   Between the two days, there was just about a pound of peas picked.  On Tuesday, I took these nasty pictures of the peas: 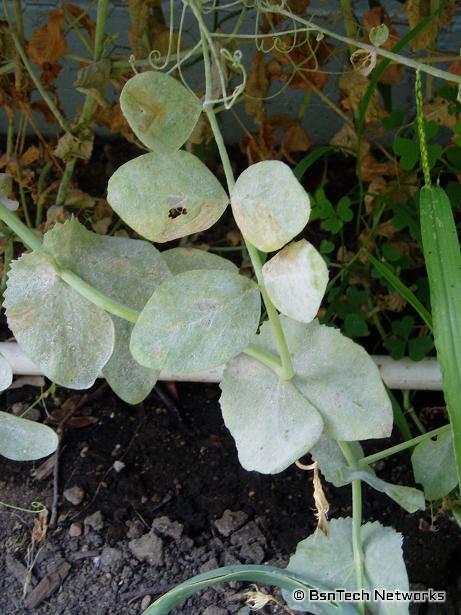 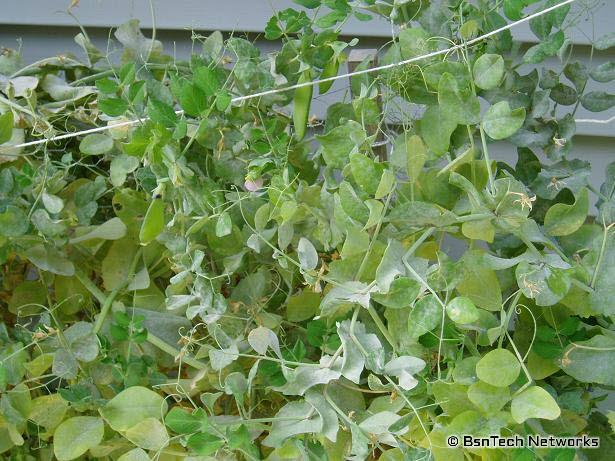 What is all that stuff??  At first, I thought maybe it was some paint that made its way over from the neighbor's house because I heard they were re-painting. But, after touching one of the leaves, the stuff started to come off.  This is called powdery mildew – and it is some yucky stuff.  It stinks and really creates a dusting when shaken like drywall dust.  So, Tuesday all of the peas behind the garage were pulled out and today I just got done pulling all of the peas out by the house.  Now, there is quite a bit more room in the bed where the onions are: 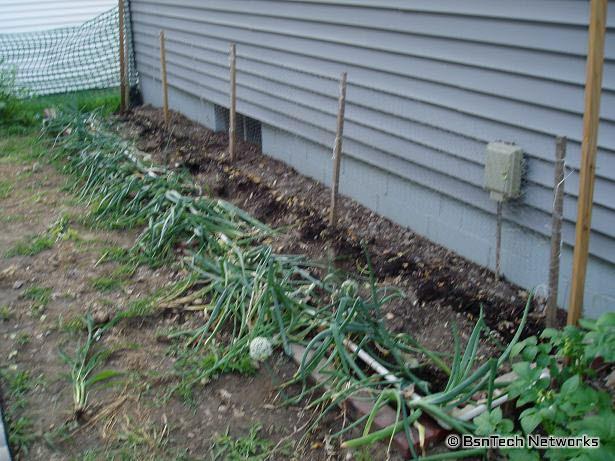 I also took the opportunity to update the PVC irrigation system in this area.  Where the peas were along the fence, there was another PVC pipe running the length.  Now, I've simply capped that section off so no more water! 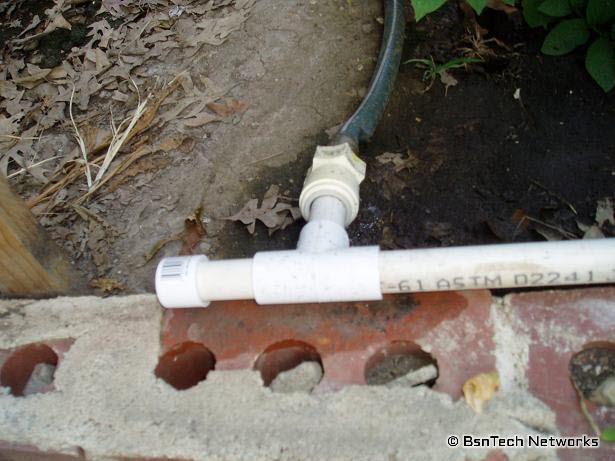 Now for a few more pictures of some items.

The two cucumbers are doing well.  They are already up to the end of the 2-foot chicken wire fencing – so I guess I'm gonna have to bend them over to the wire now: 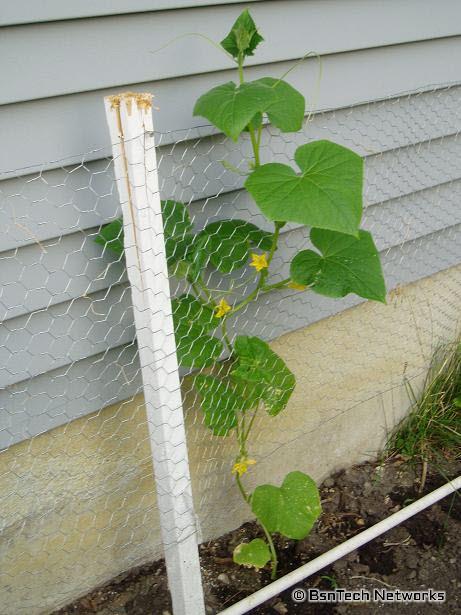 The cherry tomato plants are not doing well – but there have been five small cherry tomatoes pull off of the vine so far.  Here is one showing its really stalky figure: 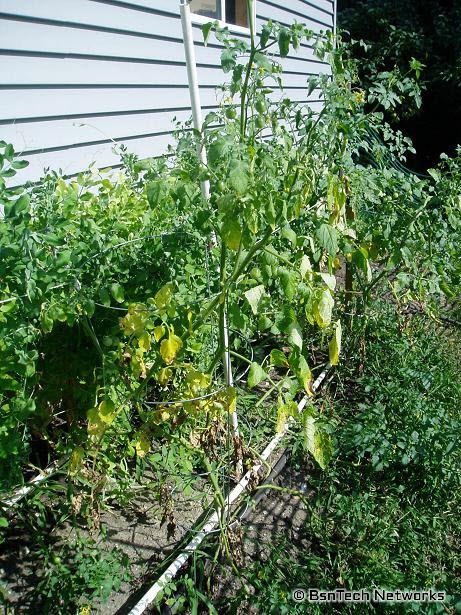 And here is one of the Best Boy tomato plants.  There are quite a few large tomatoes on it: 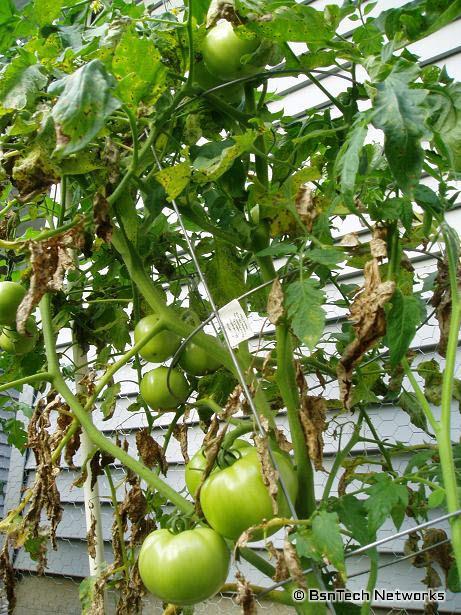 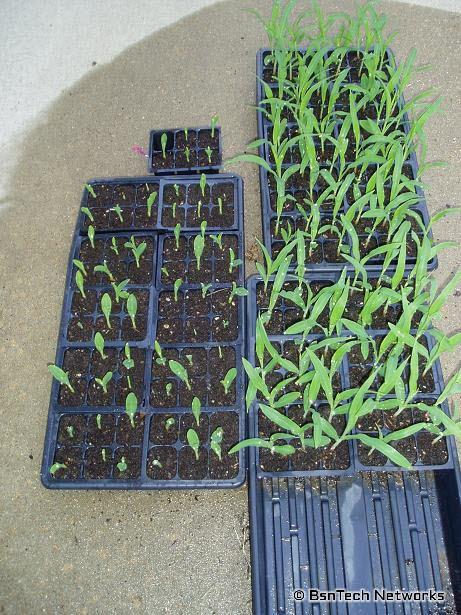 Now we just need to figure out when we can get down to the in-laws house to get these planted!

That is all for now on the garden front.