Yesterday I harvested some Crimson Giant radishes out of the garden – and some broccoli leaves.  The radishes were from the first batch that were planted in the garden.  All of them were pulled up except one; I’m hoping it will go to seed so I can save some radish seed.  I’m just about out of radish seed already, so I want to have a supply for next year. 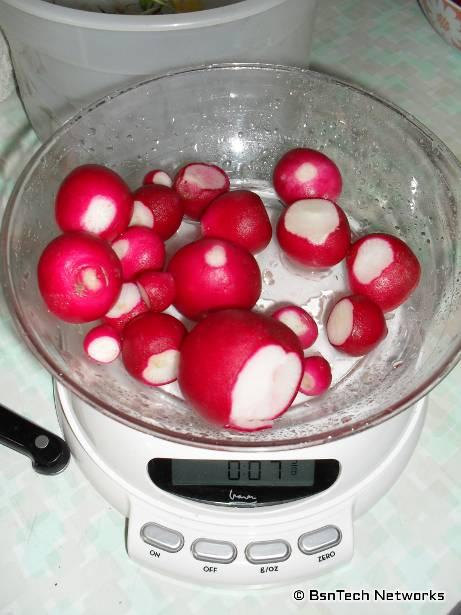 I’ve also noticed that the celery planted between the broccoli and the peppers that are to the north of the broccoli have been stunted and are small – and this is because they are not getting enough sunlight.  So each of the seven broccoli plants were given a trimming yesterday.  That opens up the “canopy” a bit and will allow sunlight to get to the celery and peppers.

Well, they certainly are edible – we’ll put it that way – but I don’t recommend it.

The large leaves have a huge “stalk” that connects it to the main trunk of the plant.  I thought this would be perfect because when you cut broccoli heads, the stems of those are edible.  Not for the leaf stalks!  They are very fibrous.  They do taste like broccoli, but they are more fibrous and stringy than eating celery.

Therefore, I ripped off all of the leaves from the leaf stalks and tried one of the leaves.  Well, the uncooked leaf pieces wasn’t too terribly bad – again, it tasted like broccoli.  But it was tough.

I’d read a few recipes and entries online where folks used broccoli leaves in dishes – so I was going to give it a try.  I got out some cut carrots from last year’s garden from the freezer and added a package of bacon to it.  I then put the carrots and broccoli leaves in a large pot filled with water and let it heat up on the stove.  I then cooked the bacon in another pot so I could keep the grease and drizzle it over the broccoli leaves and carrots after they were strained.

The broccoli leaves turn to a nice, dark brown color after they are cooked – exactly what the other posts I read looked like.  After everything was added together, I put in quite a bit of garlic salt and added some basil.

Now for the taste test.

Not too pleasing.  Maybe it is because I overloaded the dish with broccoli leaves.  I did have a very large pot of leaves and carrots – and of course the bacon didn’t go very far.  I had hoped the leaves would mellow out a bit and become less tough after cooking, but that was not the case.  It still had the same broccoli taste but it also had a bit of a sour twang to it.  The broccoli leaves were also still quite tough and required a lot of chewing to break down.

I didn’t even finish all of the leaves on my plate because there were so many!  I of course ate the carrots and bacon though.

Welp, I suppose that is an idea I won’t continue.  I just hated to throw the large broccoli leaves into the compost tumbler thinking that surely they would be edible – since they are part of the cabbage family.  I’ll know now that it isn’t worth the time and effort to rip the leaves off of the leaf stems nor going to any of the extent to make use of the broccoli leaves.

Here are some photos I took around the garden today.  The first one shows the marigolds and ornamental peppers coming along very well.  I have to keep after the weeds though because they love to grow in this soil! 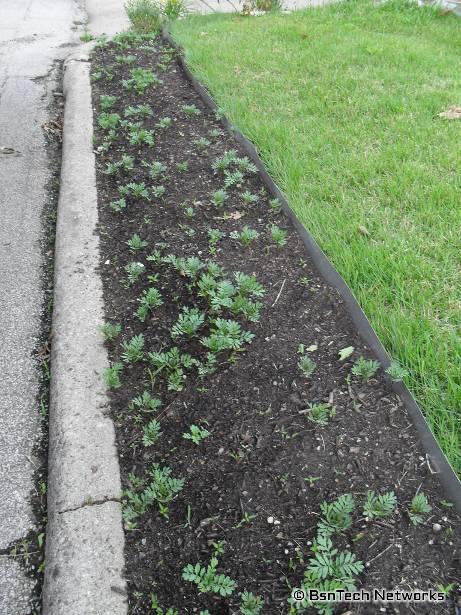 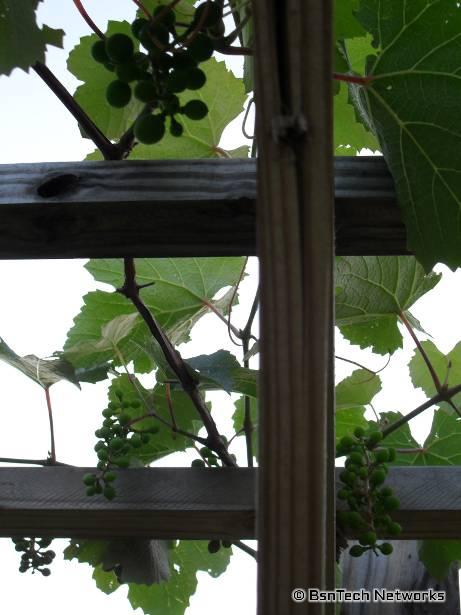 And lastly, I picked one Dwarf Gray Sugar pea today and three Super Sugar Snap peas.  The fencing is four feet tall – twice as tall as last year – but the Dwarf Gray Sugar peas are already past the two foot mark and are beginning to put on a lot of blooms.  The Super Sugar Snap/Sugar Snap peas are growing very tall as well – with a few vines already past four feet tall – but they simply are not flowering nearly as well.  The Super Sugar Snap peas are plumper and they are very crisp and have some sweetness to them.  The Dwarf Gray Sugar peas must be picked before they get plump – otherwise they turn stringy.  They also have some sweetness to them, but are not nearly as crisp.  I think next year I may have to put up six-foot fencing or more to support these things! 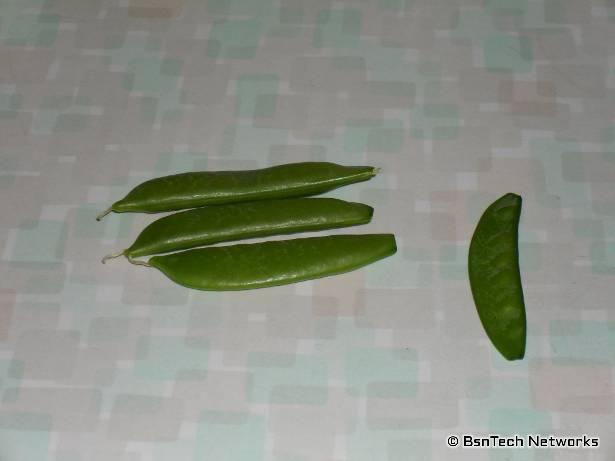