The Ventury Celery has sprouted!

I’m quite impressed.  A total of 16 Ventura celery seeds were planted from seed that was from 2010 – seven years old.  About 13 of those germinated! 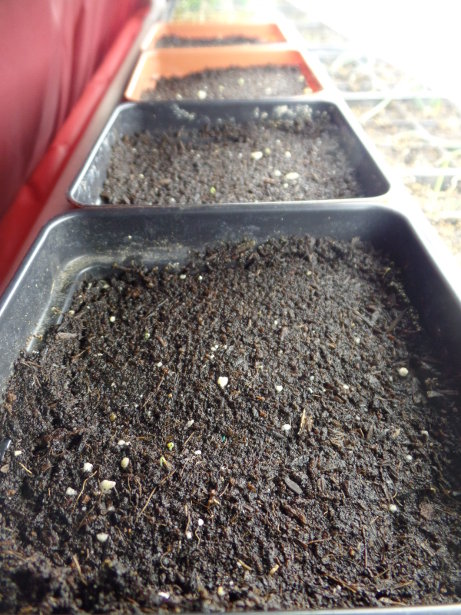 They are INCREDIBLY small still, but it took about seven days to germinate.  You can see a slight green spot in the second-from-bottom planter and two small green spots in the bottom planter.

I am writing this entry two days after I took the pictures – and when I checked the morning, some have the first two small seedling leaves showing up and are easier to see.  Probably will have pictures next week.

For the onions – what a difference the fan has made.  Running the fan while the lights are on has kept the top of the soil mostly dry.  That is great and so far, it has prevented damping off fungus from growing. 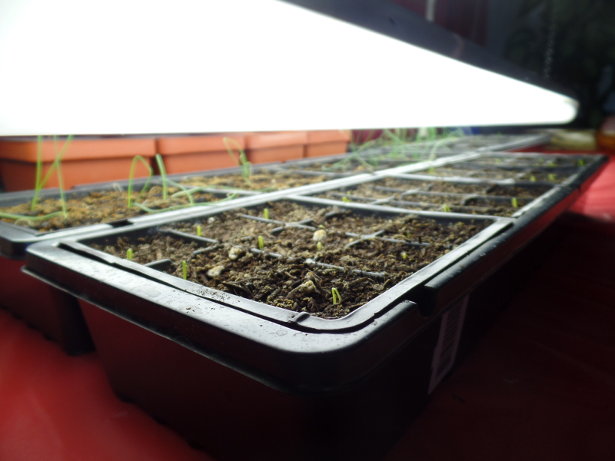 You can see the older Walla Walla onions in the background – and in the front are the newly germinated Walla Walla onions.  Again, these pictures are a couple of days old now – and every single cell (from memory anyways!) has at least one seedling – and many have two.  More great germination on this second batch of onions. 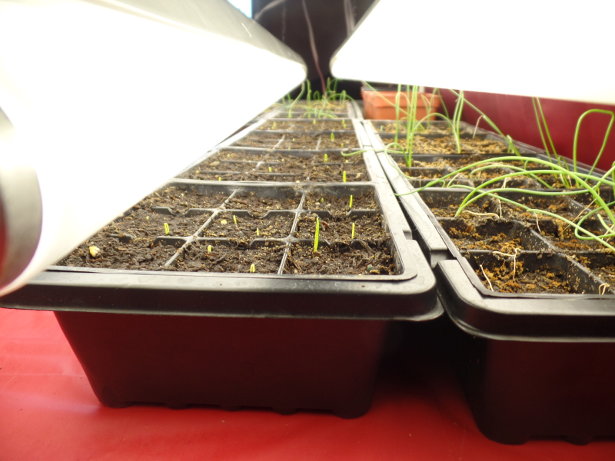 Some good progress so far.  Just hope that the new onion seedlings all do well.  If they do, I am not sure where I’ll be planting all of them!  There will be approximately 144 new onions (that is, if there is 100% germination) plus around 30 older onions.

I have not fully decided yet – but I may not plant peppers this year.  Or if I do, maybe only half as many.  We have at least two full gallon-sized bags of chopped peppers in the freezer still.  They don’t seem to get used nearly as quick as others.  Heck, we still have about a half a bag of chopped up onions too.