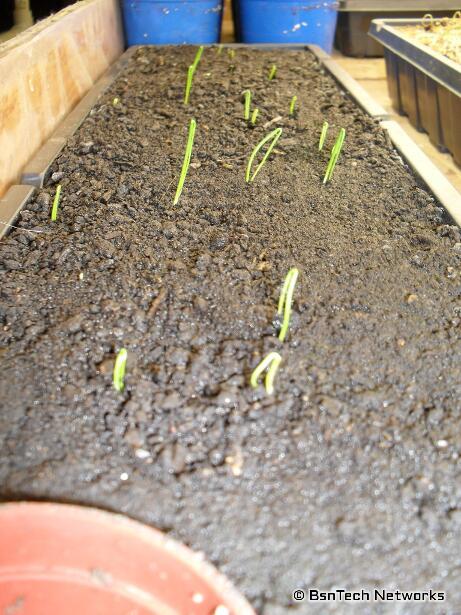 The Copra onions are still coming along well with most putting on their second set of “leaves”.  I haven’t trimmed these back at all.  Last year I kept trimming them back to between two and three inches tall. 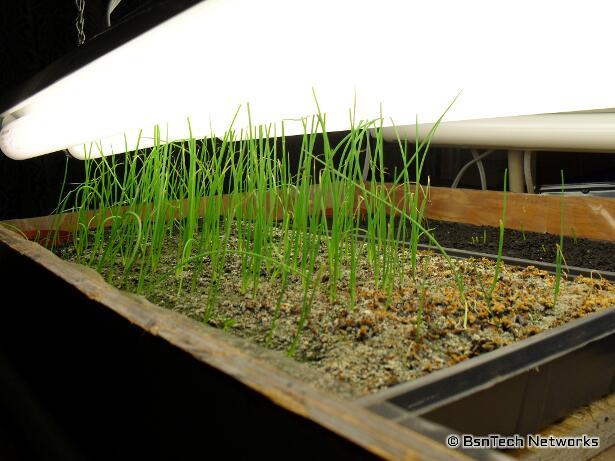 And lastly for onions, these onions are a little over two months old now – well, since they were started anyways.  They were started back around December 18th and they are still growing strong.  They are unfortunately root-bound though, but I hope by feeding them compost tea for another month and a half, they’ll survive in their small containers. 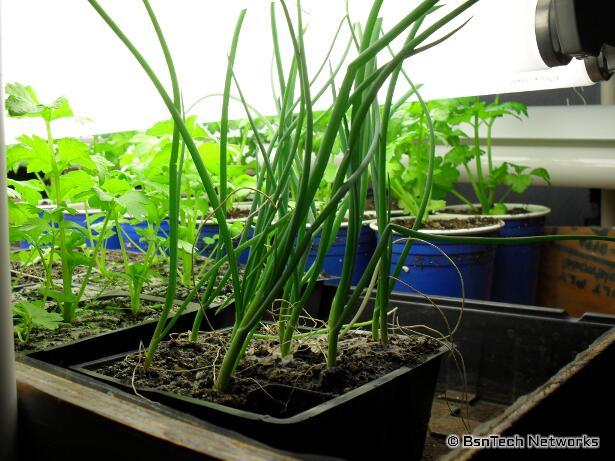 Look at those plants behind the onions!  Those are the Ventura celery plants.  You can see in the back that I have transplanted some of the celery from the black three-packs (seen on the very left where other celery is) to the blue 16-ounce cups.  The celery that was transplanted was also planted back around December 18th – so they are two months old as well.  The roots were coming out of the bottom of the three-packs – so they had to be transplanted.  Hopefully they will survive well in the 16-ounce cups for another month and a half before they are transplanted to the garden. 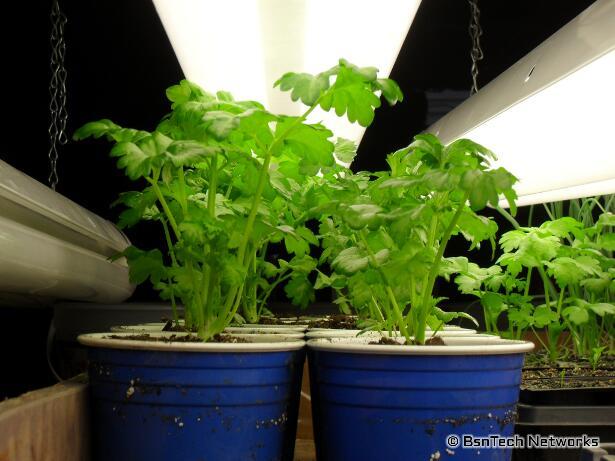 And a look at the other celery plants.  These are between two weeks and six weeks old. 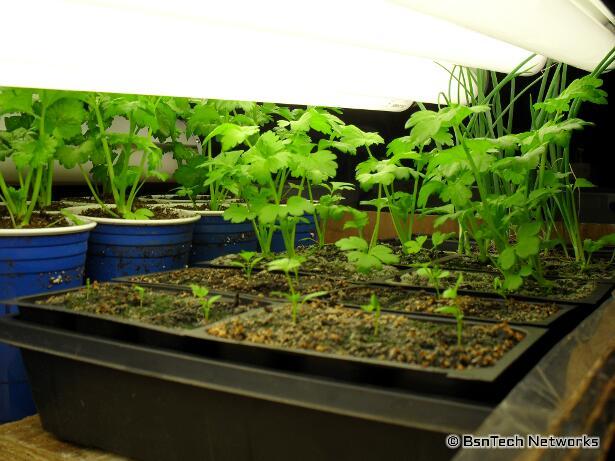 With all of the time, effort, and growing space for these Ventura celery plants, I certainly hope they pay off this year!  I only have growing space for about 18 of these plants if I plant them one foot apart.  But I’m thinking I’ll try to squeeze them to maybe 10 inches apart – which will allow me to plant an additional four celery plants.  Currently I have 12 two-month old celery seedlings, approximately 10 month-old celery seedlings, and 10 two-week old celery seedlings.  So that is 32 – and I may only get to plant 22.  I planned for a good buffer in case I had trouble growing celery this year – but alas, I was very successful with high germination rates!  The key to growing celery from seed is that celery seed MUST have light.  I soaked the seeds overnight in water and also soaked the growing medium from underneath – so it was fully saturated.  Then I placed the celery seeds right on top of the soil and just barely pressed them in to the soil to make good seed-to-soil contact.  But they were still lying right on top for the light to penetrate.  Last year I had very low celery germination (about 44%).  This year the germination rates have been at a remarkable 89%.