The cool weather still continues in Central Illinois.  Last week, it was in the mid-to-upper 40s.  However, this week is going to be different.  Even as I’m making the post today, it is 73 degrees out.  Very nice difference.

It has been very wet and cold.  We had another couple inches of rain last week.  The rain barrels are completely full – all 16 of them!  We don’t need any more rain for a little while – but we do need warm temperatures!

Which is exactly what we’ll get this week.  Tomorrow – they are saying about 84 degrees, 86 on Wednesday – then more rain and cooler temperatures the end of the week.

I managed to get out and get a few things done on Saturday.  Again, I was a little late.  On Saturday, I looked out the window and saw one of the cauliflower plants uprooted.  Upon further investigation, there were some deer tracks around it – and the leaves were completely plucked off.

Never fails.  I am a bit lazy at the beginning of the season to get the netting up around everything. Then when I have my first casualty from deer damage, then I get crackin.

I got the rest of the lettuce transplanted into the patio garden.  That allowed me to turn off another flourescent fixture downstairs and save 80 watts an hour.  I’m now down to only two light fixtures on at the germination station – keeping the tomatoes and pepper plants going. 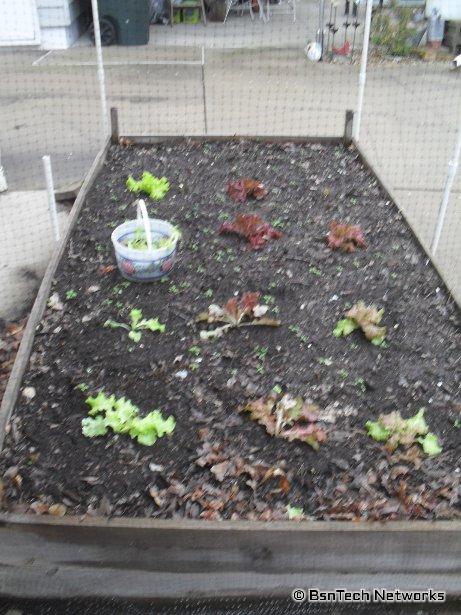 Over by the carrots – they are starting to pop up.  Because I didn’t painstakingly go through and seed each carrot individually like I have in years past, I will have some thinning to do.  Every year, I would take the end of a pencil and make small indentations in the soil – and drop one seed in each – then cover back up.  It would take at least an hour or more to do.  It was hard on the back – and just took way too long.

This year – again – being lazy – I just took the carrot seed and sprinkled it over the area and covered it up.  How long did it take?  Maybe five minutes.  The bed is a combination of Sugarsnax carrots and Danvers Half Long. 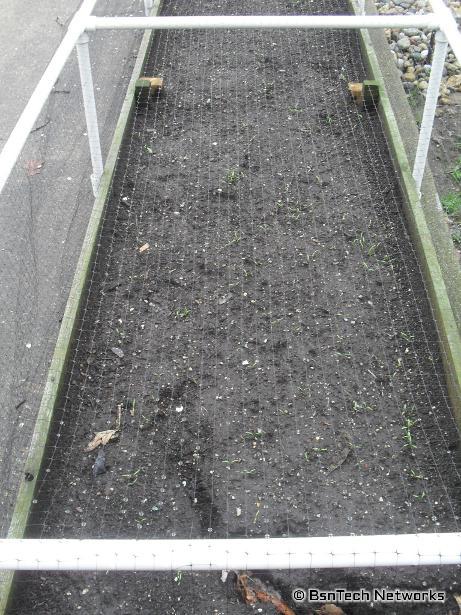 Potatoes are coming up!  Yes they are.  Here is a picture of the Kennebec potatoes poking out of the ground. 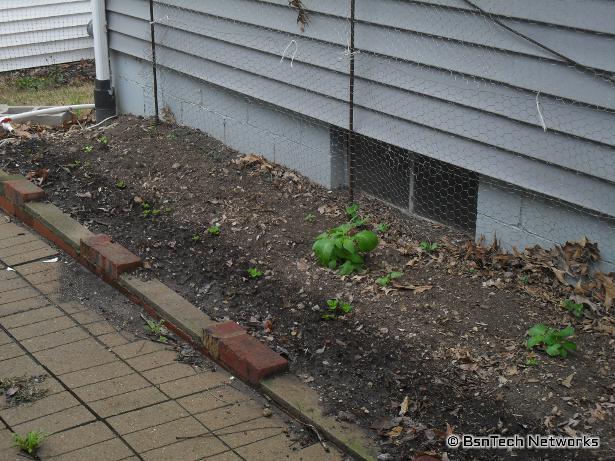 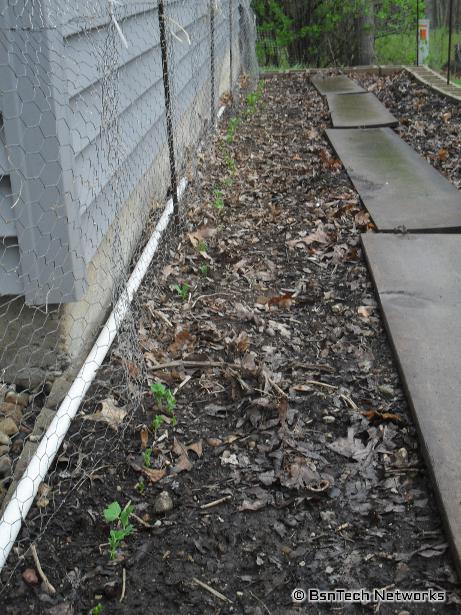 And finally making it to the front yard.  As you can see, I did a bit different with the netting this year.  The netting is about seven feet high – but when purchased at the store, it is folded in half.  So this year I am leaving it folded – to make a fence that is about 3.5 feet high.  I also used some of the rebar I had laying around instead of the white PVC pipe – so it isn’t as noticeable in the front yard. 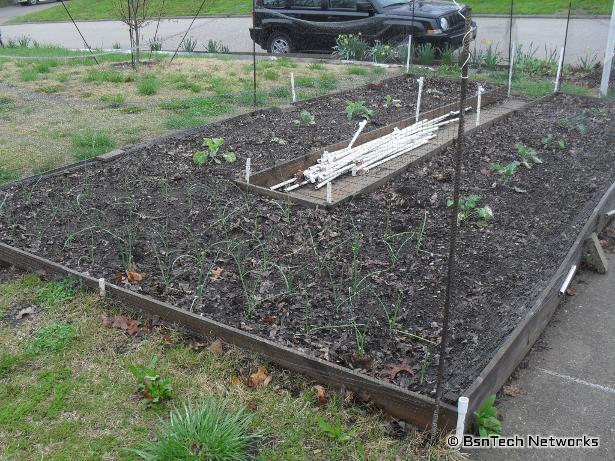 And lastly – the old strawberry pyramids with the Ventura Celery and Easter Egg Radishes.  The radishes are doing very well – and it looks like almost every single one of them sprouted. 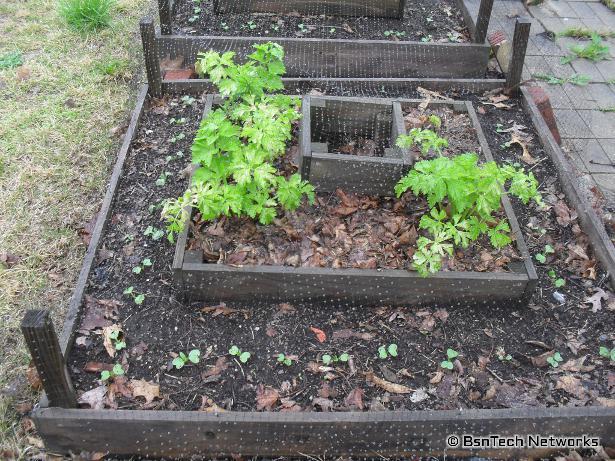 That does it for this week!  Looks like it still will be a few more weeks before I can get the tomatoes and peppers transplanted outside.