The plants are doing very well this week with pretty good growth.

First up – lettuce.  I took individual pictures of each of the lettuce plants to help with what the varieties look like. 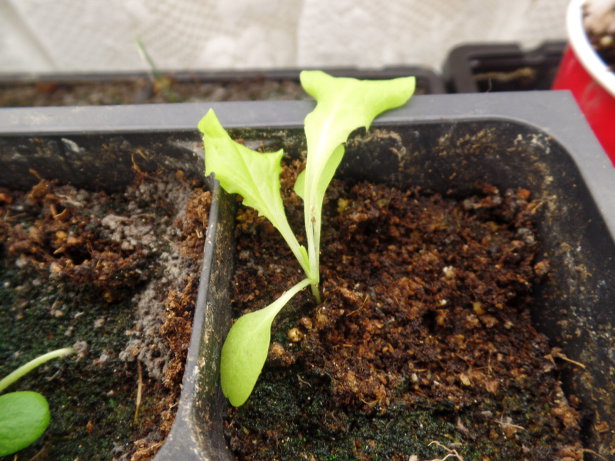 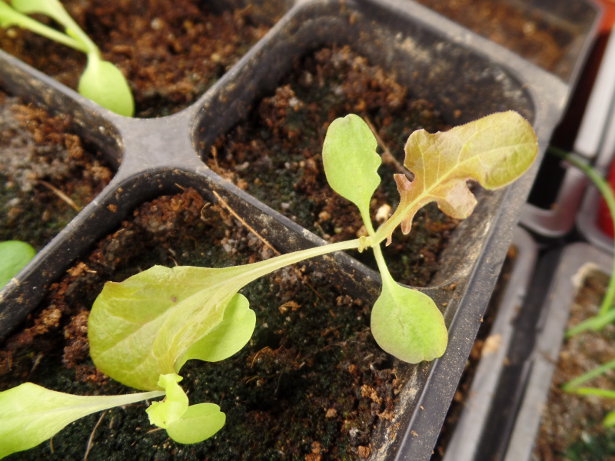 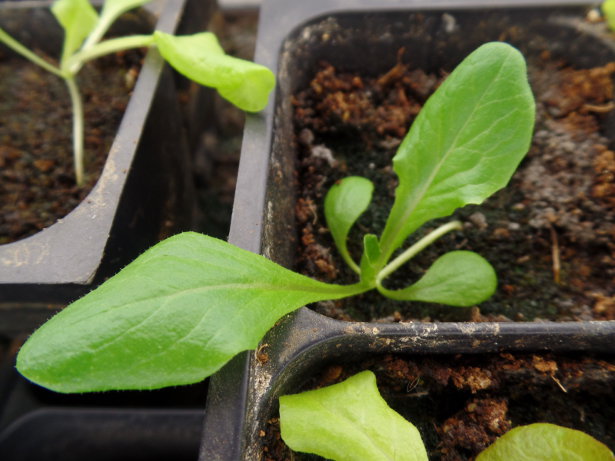 Unfortunately, I don’t have any New Red Fire lettuce that sprouted.  I put out two four-pack containers of lettuce and seeded about four seeds of four varieties.  Odd that none of the New Red Fire lettuce came up.  One of my favorites – because it grows very well and is quite similar to Simpson Elite – except that it is multi-colored with purple and green.

Anyways, here are the lettuce containers: 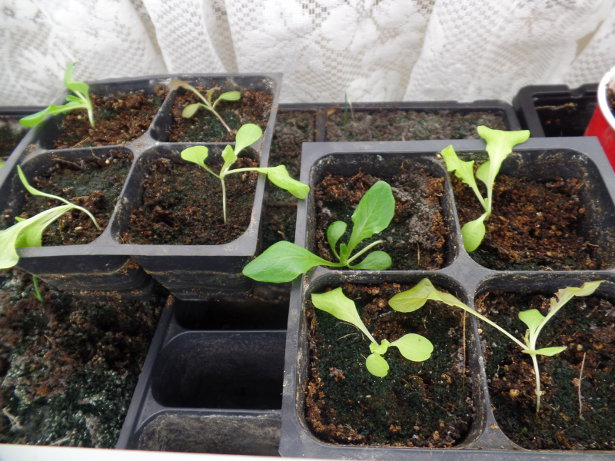 Onions – all of the onions are doing very well and keep growing.  Many have already put their “second leaves” out from the base.  The very first set of onions was a complete bust and there are only a couple left that are living. 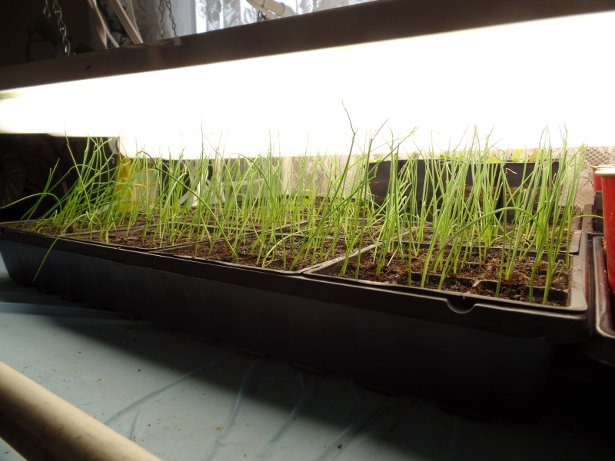 Moving in.. tomatoes.  Saturday, the tomatoes were divided out.  Divide and Conquer I say!  Many of the tomatoes had more than one seedling that sprouted.  Especially with tomatoes, I dislike just thinning them.  There were a lot of Red Cherry tomatoes that came up, so I did thin those and only moved one of the extra seedlings to a new container.  So, I went from planting a total of 8 tomato plants – and after dividing them up, either 15 or 16 are now separate. 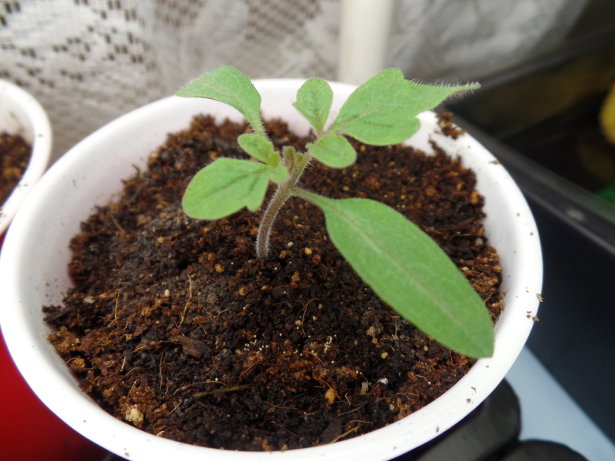 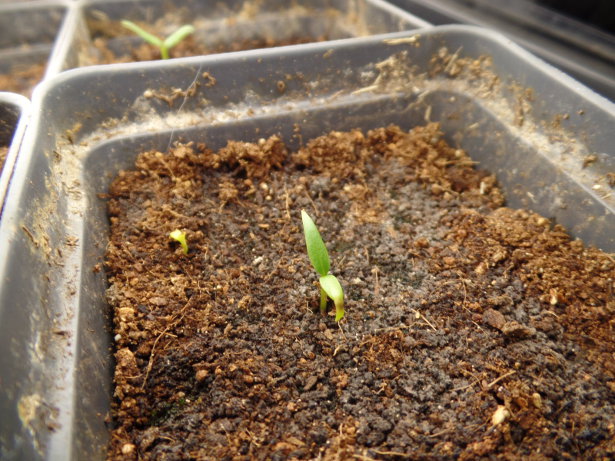 And finally, a quick overview of the area with all of the tomatoes under the Germination Station.  With dividing the tomato seedlings, I am using all of the space under the lights.  No room for anything else! 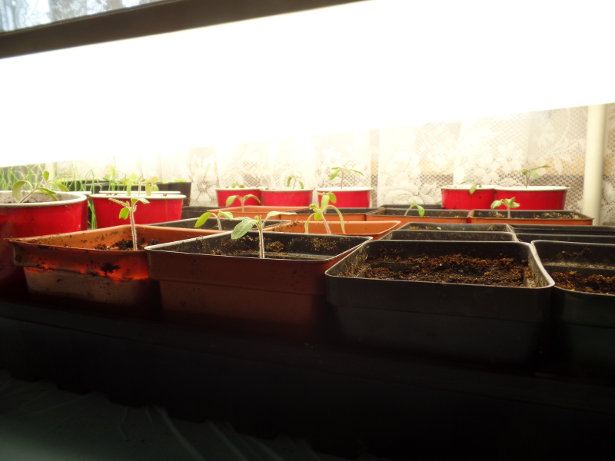