Things have been growing very well lately in the garden.  The weather has turned off on the cool side this week and we almost had a frost Wednesday night.  Luckily it didn't get cold enough – because I don't have enough buckets to cover everything now!

A person at GardenWeb mentioned that they have problems with deer getting into their garden and asked what folks used to protect it.  I didn't have any pictures at that point, and I still don't for the whole garden area – but I do have a photo of the grape arbor and strawberry pyramids with deer netting up.  You can just barely see the deer netting in the picture.  I then have four pieces of rebar on the corners that the netting is attached to. 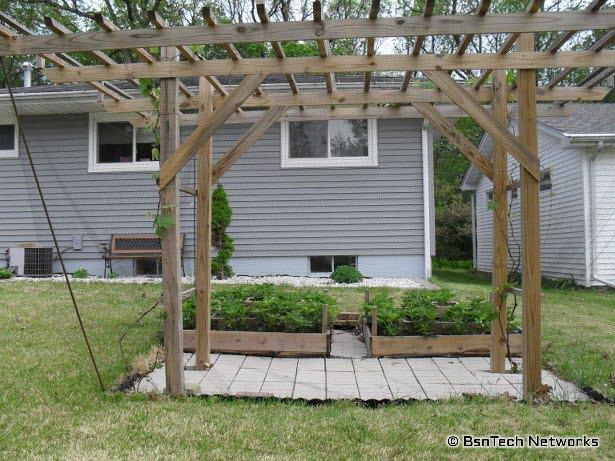 Around the garden in the front yard, I'll eventually put netting up around this area.  But I don't have the corn or green beans planted yet – and once they are, the net will definitely be going up.  So far they seem to be staying away from the front garden because I have a lot of onions planted – and deer do not like onions.  The deer netting comes in a 7-foot by 100-foot roll at our local garden store for about $16.  I then will use PVC pipe as posts around the front garden (about 9 total) at a cost of about $1 each.  So to put up some cheap fencing, it can be done below $25.

Speaking of the front garden, here are some pictures of how things are coming along.  I really think that by using rain water, it helps the plants and they have grown quicker.  The broccoli has been outside for about three weeks and it is at least ten times bigger than what it was in the growing pots. 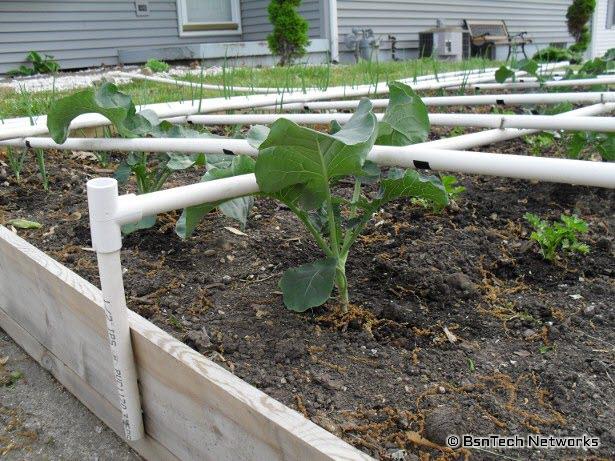 As in the previous blog post, I mentioned that one of the broccoli was a runt – and had a picture of it.  I pulled it up a few days later (four days ago) and planted 30 radishes in its place.  In four days, 19 of those radishes have sprouted thus far. 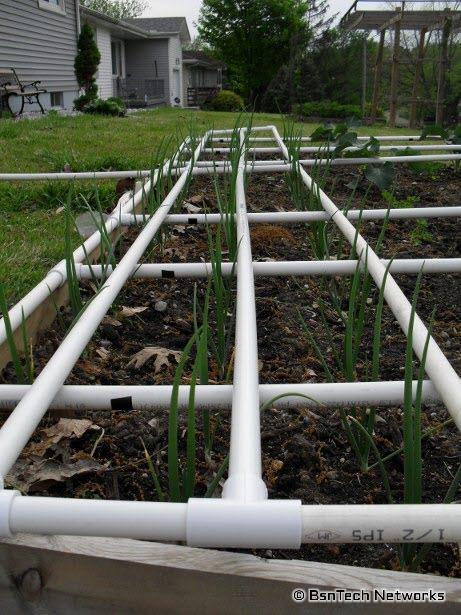 The peppers were transplanted last weekend and haven't grown at all yet.  But, it still is too cold for them to do much growing.  The peppers are the two plants at the bottom of the picture. 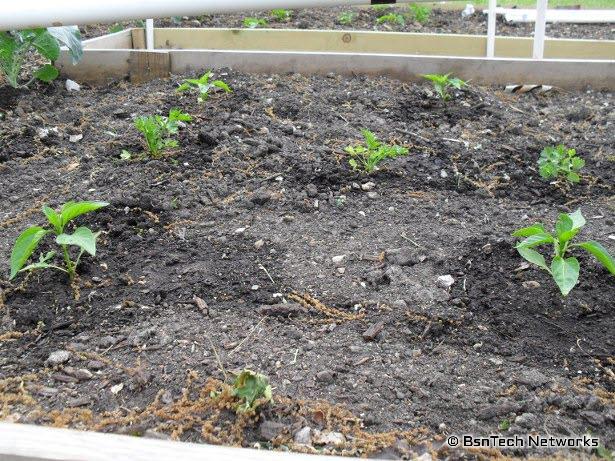 Also seen in the picture above is some celery.  Here is more celery below.  It hasn't grown much either – although it some of them are either stagnant or have doubled in size.  This is the first year trying celery – so hopefully I'll have good results.  Otherwise I most likely won't grow it again. 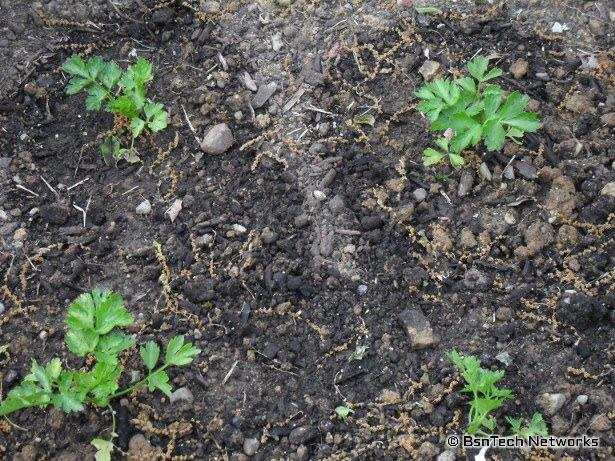 That takes care of the front garden.  Now moving onto the carrot patch. 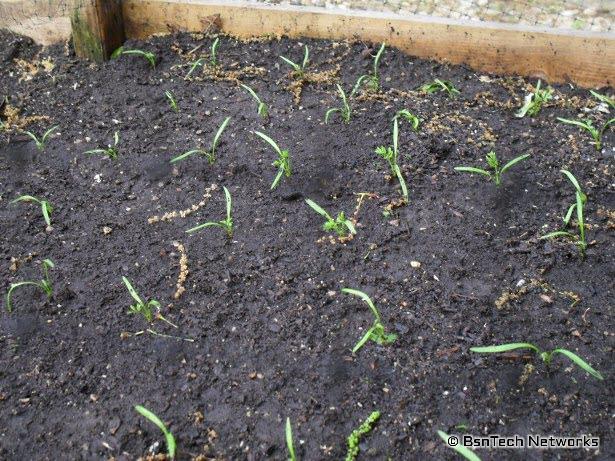 Moving to the garden behind the garage – lettuce and peas.  Here is the lettuce.  I started one each of Simpson Elite, Buttercrunch, and Red Salad Bowl each week starting on 3/24.  Those seen in this picture are those which were seeded on 3/24 and put into the garden a few weeks ago.  They have really grown – but I want them to grow faster!  We can't wait to get our hands on some fresh lettuce. 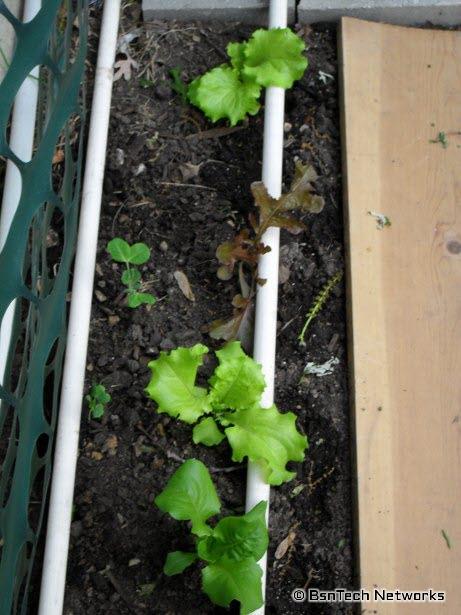 Now for the peas.  The Burpee Super Sugar Snap peas were a total failure.  I then had to plant regular Sugar Snap peas I received from FedCo Seeds.  They have done fairly good (70% germination) and I just back-planted 16 today in spots that didn't come up. 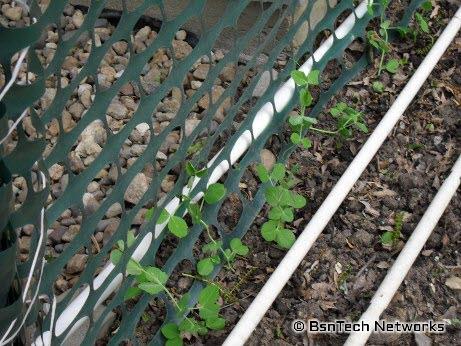 Now to the garden beside the house.  Here the tomatoes, a different variety of peas (Dwarf Gray Sugar), and potatoes were planted.  The tomatoes are growing fairly well – but haven't doubled in size yet.  They were transplanted last week into the garden so they are still getting over the shock.  In the very back, five Best Boy tomatoes were planted, then one Roma tomato, and finally one Red Cherry tomato (closest in the picture). 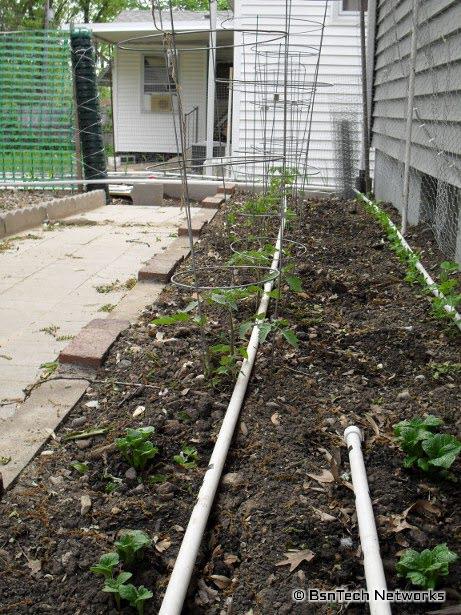 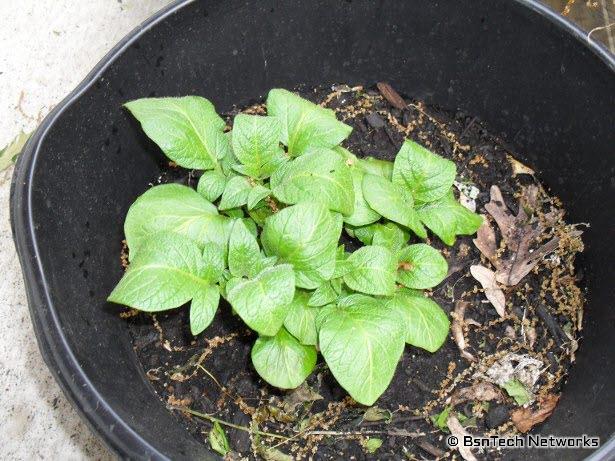 Next week (or even this weekend) I plan to get the herbs planted.  We are going to grow cilantro, basil, oregano, and parsley.  Originally we were only going to plant cilantro and basil, but we've been using a lot of oregano lately so I picked up a packet of that.  To offset that in the garden to make it more symmetrical, I also got some parsley – although we don't use this very much (if at all).