Let’s start the first garden post of 2011 just a mere day after the new year!

The pictures taken below were actually taken on the 1st – and one of them taken on December 19th, however.

I continue to keep the original seedlings alive that I started to test seed viability – which the previous post discussed.  So far all of them are doing very well and I haven’t lost any of them due to damping off – but have thinned a few.

Right now I have my “germination station” sitting on the floor with one fluorescent light fixture over the top.  I don’t need all three fixtures right now since all of them are comfortably fitting under one light. 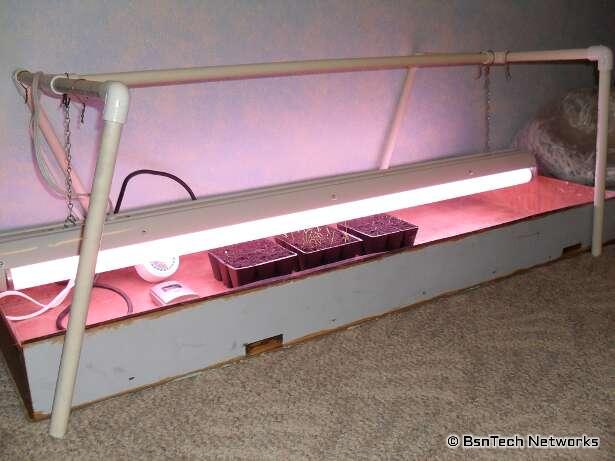 The above photo was taken back on the 19th of December.  You can see the ‘warm’ glow of the Grow-Lux bulbs and some seed trays underneath.  I just constructed a simple PVC hanging bracket that I can hang three fixtures from – very simple and inexpensive.

Below is a photo of the Copra onion seedlings on December 19th as well. 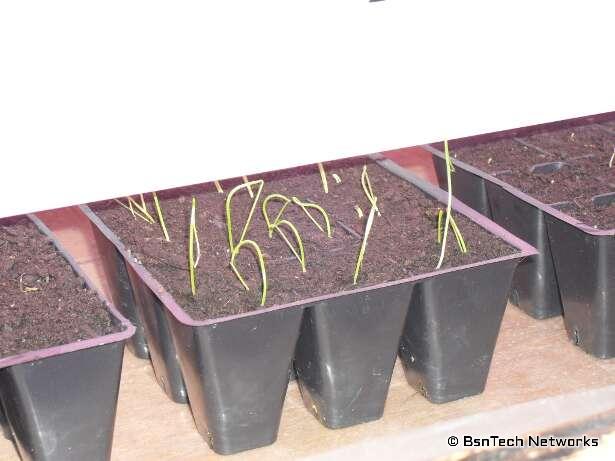 They are not too terribly large.  You can see the Cool White Premium bulb (although it is white and blends with the background of this page), but it has been changed! 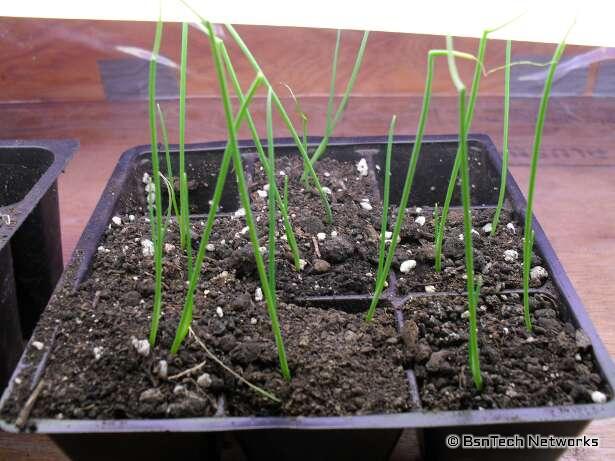 Amazing what they can do!  At this rate, I’m not sure if I will be able to keep them alive and healthy until it is time to plant out in April.  That i is still three months away.

How about the basil?  Well, the basil got off to an extremely slow start.  Apparently basil takes a lot longer to germinate.  Here in the past week, I’ve had five more just begin to germinate.  Then you can see the large one that germinated quite some time ago.  The seed used was from seed saved from last year’s basil crop – therefore proving just how easy it is to save basil seed and use it for your next planting! 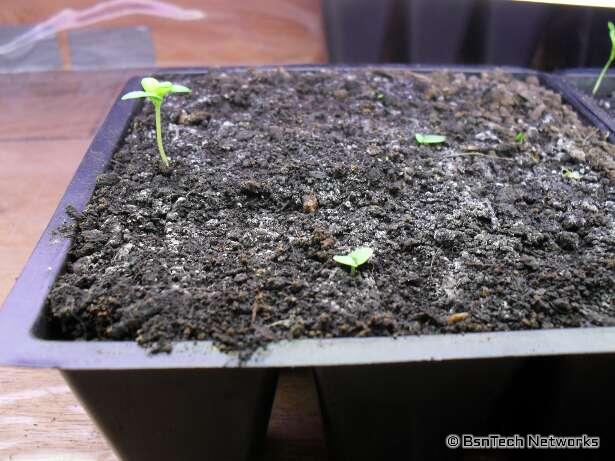 And lastly – the Ventura celery.  The celery is doing well – and I have thinned some of them out a bit. 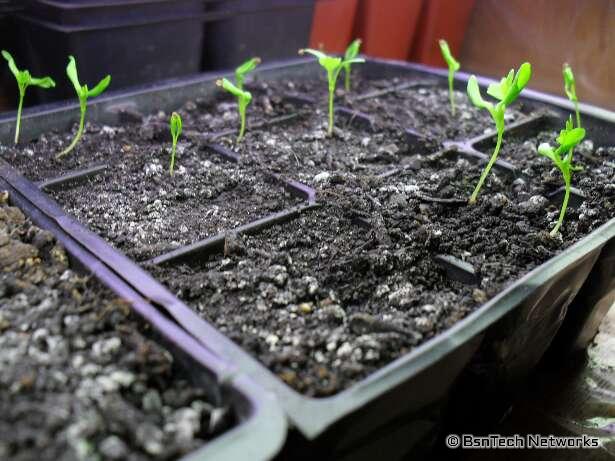 Again, this seed is a year old now and still has great germination rates.  It still is too early – I think – to be starting celery seed inside – but I actually just got 12 celery seeds soaked overnight and am going to plant them very shortly in larger containers.  The celery above was planted in square black trays with nine areas in them.  I’ll have to transplant these later – if I plan to keep them to plant outside – because they will become root-bound.  So the 12 seeds that soaked overnight will go into black plastic trays with only three growing areas in them – so there will be much more room to grow in!

What am I watering these with?  Well, I brought in my big container of compost tea.  This tea is several months old now.  Is it still good?  I don’t know – but the little seedlings seem to be growing just fine!  I will get a one-gallon ice-cream bucket and put some compost tea in it – then take each black plastic tray and let the tea soak in from the bottom for a couple minutes.  Then I’ll take the black plastic tray out and place it back under the light.  By watering from the bottom instead of the top, it helps prevent damping off disease – which little seedlings can quickly succumb to!

I also plan to get just a small fan that pushes a little air movement around the growing area.  This will also help to prevent damping off disease from occurring – amongst potentially other diseases!