We just had our first bit of produce from the garden this year!  Two years ago, our first harvest of lettuce was on May 20th.  This year, it is May 11th.  By using the floating row covers and starting the lettuce a bit earlier, it paid off by providing some lettuce a week early.

Really, we could have picked the lettuce last week because the plants were still pretty big then.  Just under a pound of lettuce was picked from eight lettuce plants.

Last year, we had our first batch of strawberries on May 13th.  While I don’t have pictures, my wife did say she picked a couple today.  The strawberries are coming along – but they are slower this year because of the cooler weather.  But, that certainly helps the cool-weather crops – like the lettuce!

OK – here are some photos.  The first is of the New Red Fire lettuce that was taken from one plant. 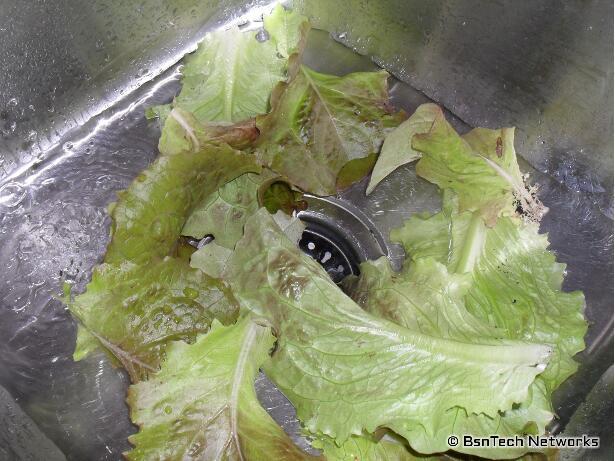 And the Red Salad Bowl.  Last year, it wasn’t worth planting Red Salad Bowl, but it made a comeback this year.  This is from two plants. 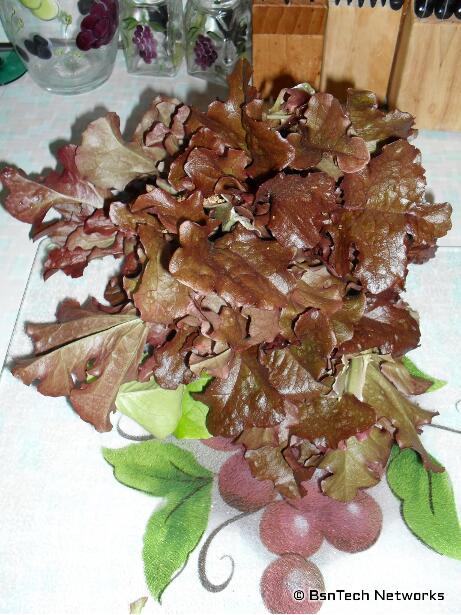 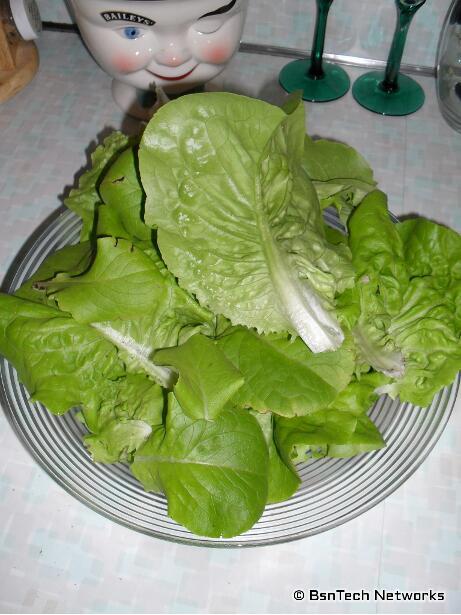 And lastly, the Simpson Elite lettuce from two plants: 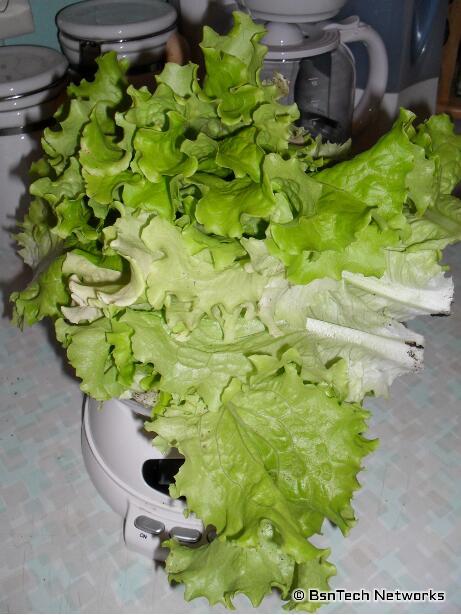 Yum!  And a whole sink full of mixed lettuce! 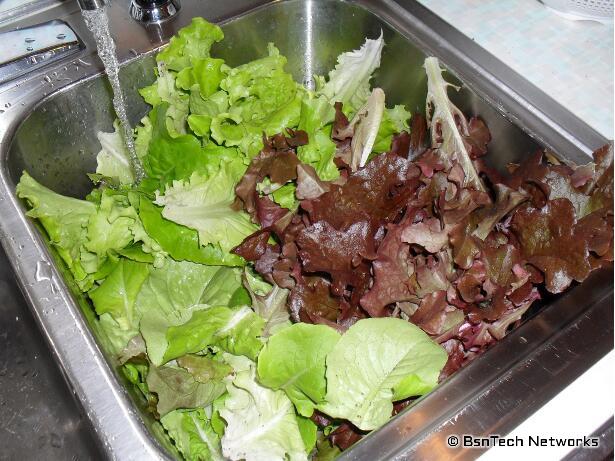 Now, the lettuce in the patio garden has been trimmed a bit.  There still are other lettuce plants coming up.  Next year, I think I’ll be planting sooner because some of these may not even product because they are still very small. 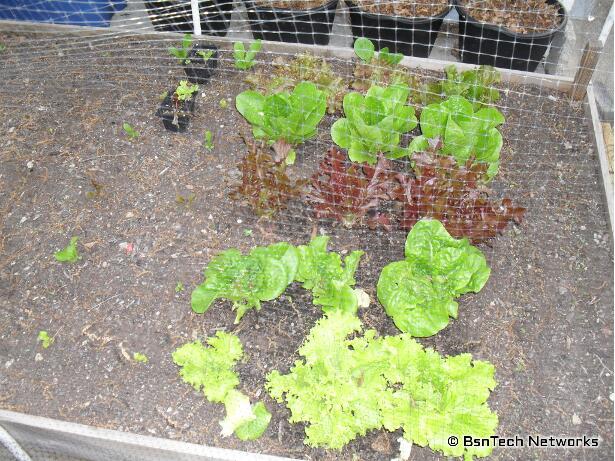 Alright, so that is all for lettuce.  Here some other pictures from the patio garden.  First is the Anaheim Hot Peppers in the blue container. 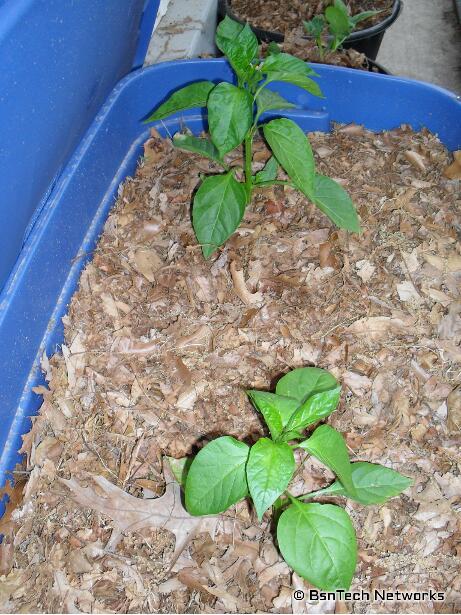 The Easter Egg Radishes are doign well.  They are over a month now, but they are bulbing now. 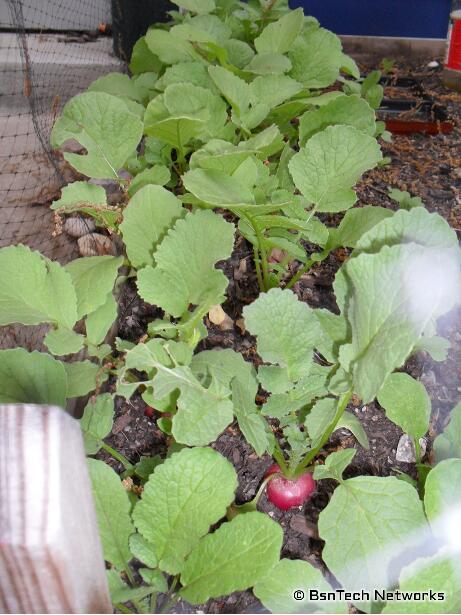 And before moving on, a full picture of the patio garden. 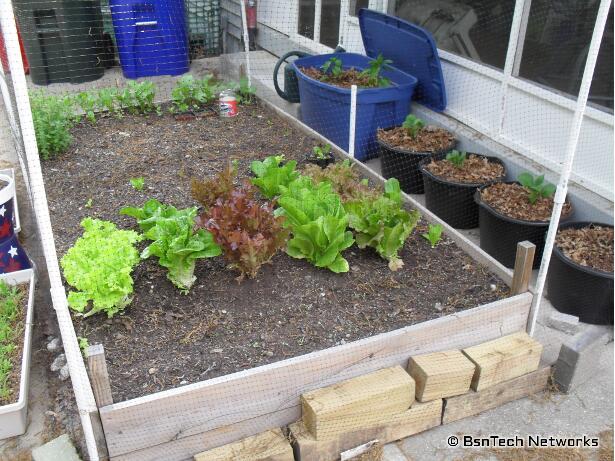 Now – for the potatoes.  You can see four black containers in the above picture.  Those all have Kennebec potatoes in them.  I have another row of six beside the house – and all of them have come up.  We planted 82 Kennebec potatoes in total, and 100% of them have sprouted as of yesterday.  The Yukon Gold potatoes on the other hand are not doing as good with only about 10 of the 50 that have sprouted. 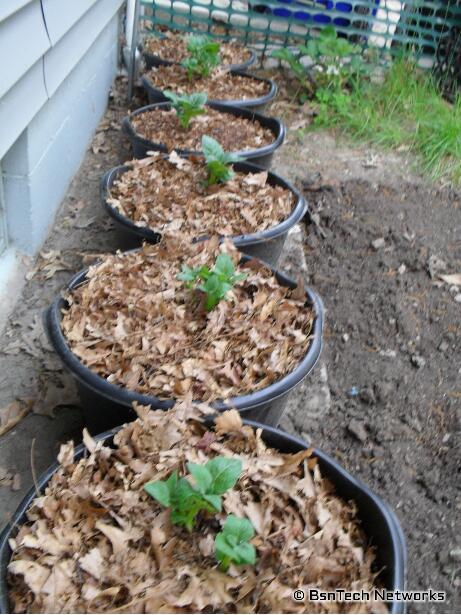 All of the Kennebec potatoes in the potato bin have sprouted as well. 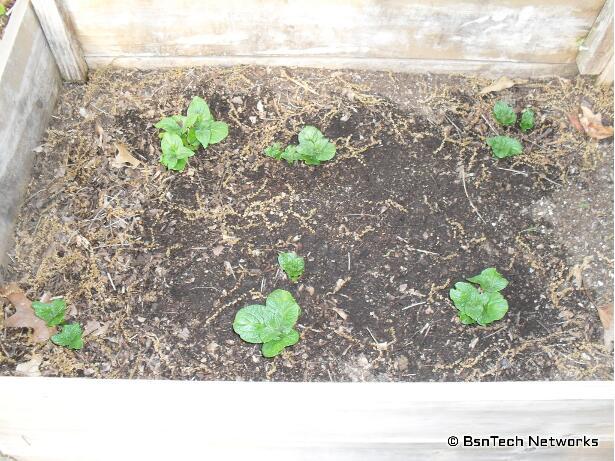 And just next to the potato bin are the carrots.  A total of 152 Sugarsnax and 150 Scarlet Nantes carrots are still alive.  That is about half of what was originally planted – and almost all of those that sprouted are still alive. 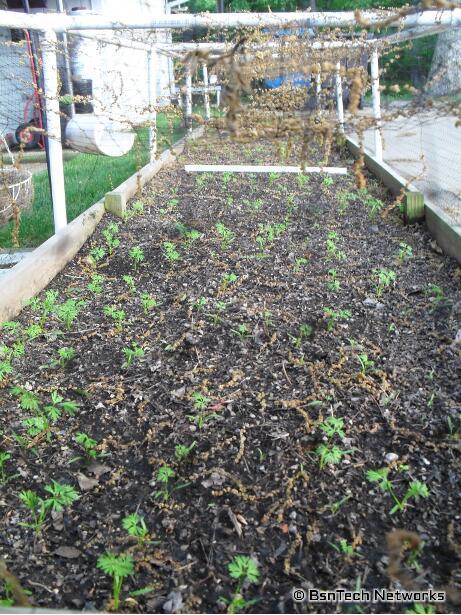 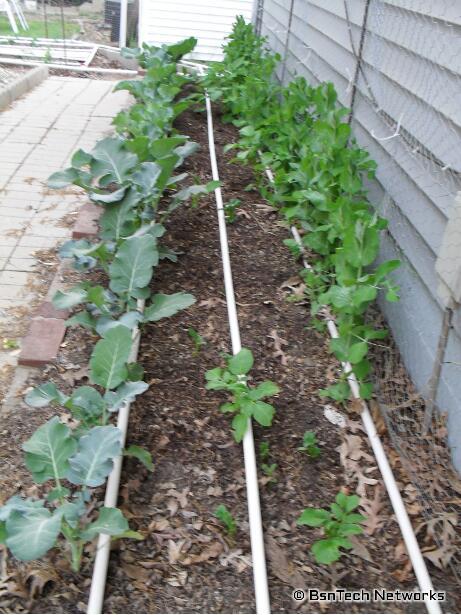 And the garden behind the garage is doing well.  Again, the peas are doing well (they didn’t germinate as well as I would have liked them to though) – and you can see the two rows of Kennebec potatoes that are now fully sprouted on the right side. 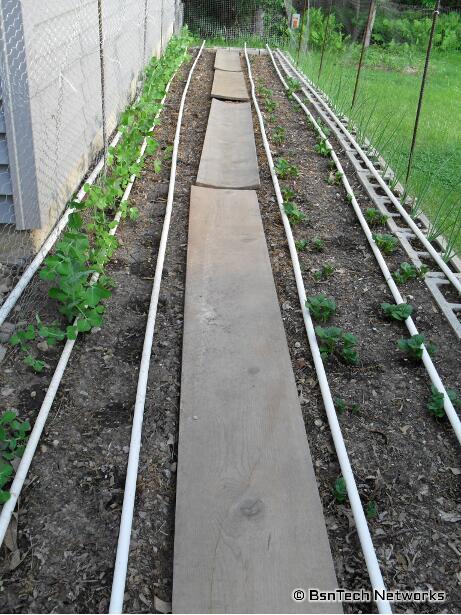 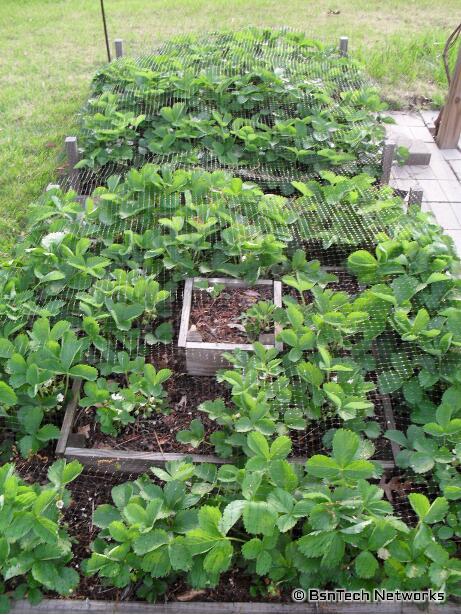 A couple weeks ago, we put in a lot of effort to get the flower bed cleaned up and ready for use.  Well, I opted to make use of it to plant the last of the broccoli, cauliflower, and onions in.  So they are doing well. 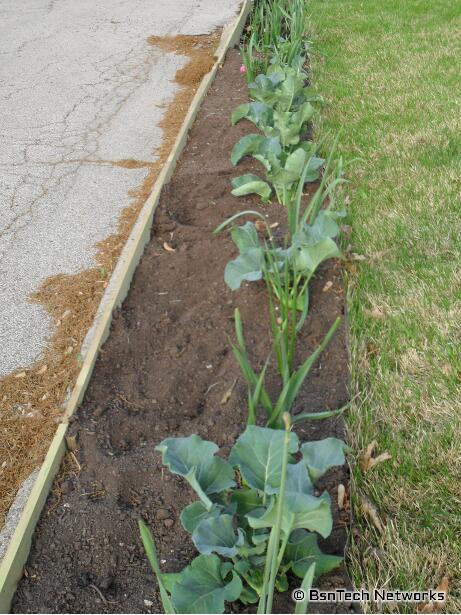 Alright – now let’s look at the main garden in the front yard. 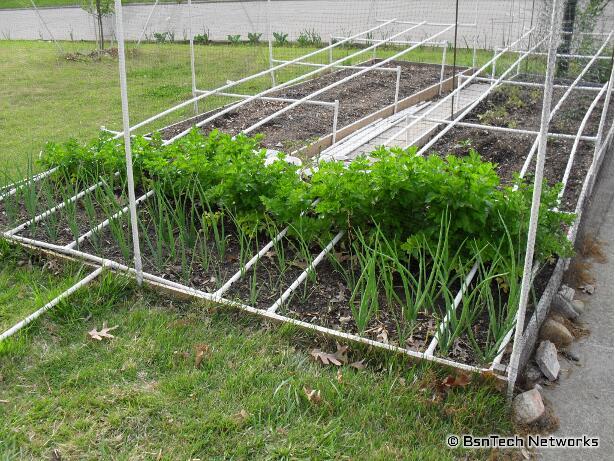 Look at how well the Ventura Celery on the left-hand side is doing!  Amazing.  Those were all planted around December 19th indoors and set out in March.  Now, the rest of the celery certainly is growing – but much slower.  They were started indoors at the beginning of February/end of January.  The Copra onions have really began to take off as well. 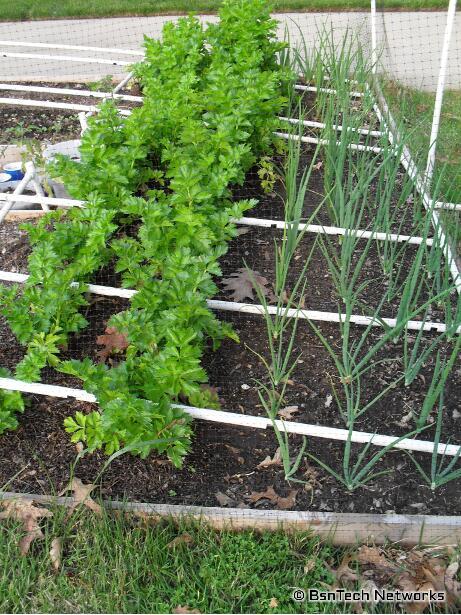 The peppers and tomatoes were transplanted back into the garden a couple of weeks ago now.  They are doing alright – but one pepper plant doesn’t look like it will make it.  Making use of the space, I also planted two rows of radishes down the middle – which I’m adding to each week to have a good supply of them. 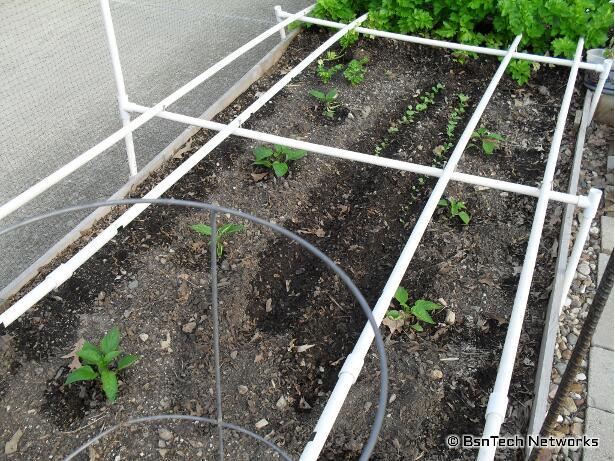 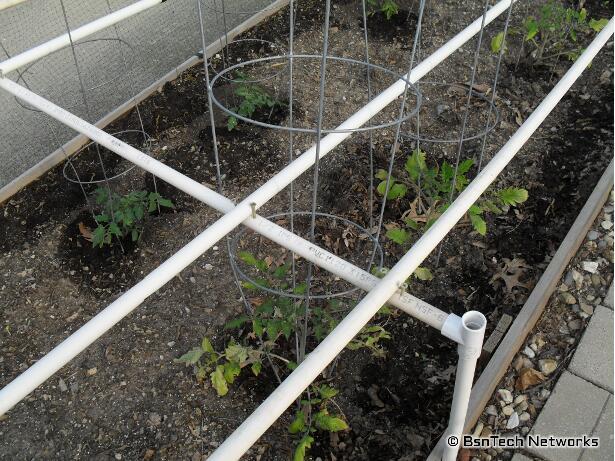 The tomatoes that I had to purchase are the ones in the upper part of the photo.  They are quite green and doing well.  The others that were transplanted from 16-ounce cups, to the garden, back to 1-gallon ice cream buckets – back to the garden are in the other row.  They have some yellowing – but they are doing well and are much larger than the Better Boy tomatoes that I purchased.

This past weekend, the Bush Blue Lake 274 green beans and the Honey Treat corn was planted.  I soaked the seed for about 36 hours beforehand – and some of the green bean seed just fell apart in my hand.  I’m just not sure if any of the plants will come up – time will tell.  But, if I don’t see any kind of activity here in the next few days, I believe it will be time to re-plant them.  This time, I most likely won’t soak them.