I think that lettuce is going to become a new food group all of its own around the house.  Today I went outside and pulled off another 70 leaves from the 11 lettuce plants.  That totalled 2 pounds, 6.75 ounces of lettuce!  So far that almost doubles what has already been harvested – so there has now been about six pounds of lettuce harvested! 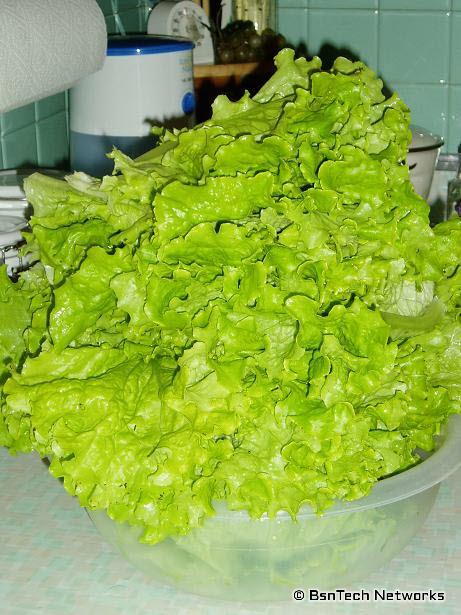 I went out back and noticed that the peas also have put on their flowers!  Darn, I was hoping that the flowers wouldn't be out until Friday or Saturday of this week – I just wonder how long it will take the pea pods to produce now – hopefully more than 10 days! 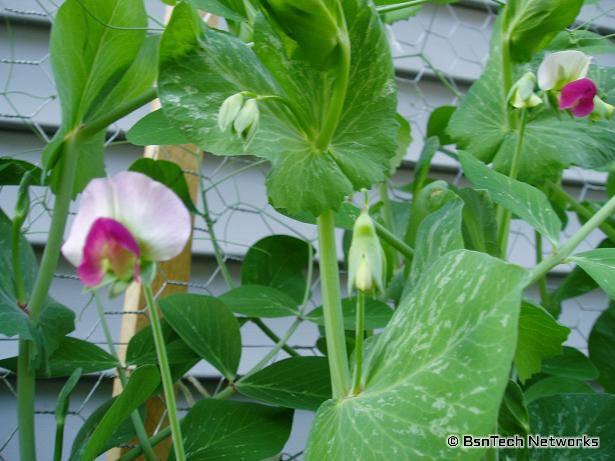 And lastly, some of the radishes were taken out of the garden today.  These were planted on April 25th and they are now down – 31 days later.  I only picked 7 of the 24 that were originally planted – the others still will grow over the next few days before taking those out.  There was  9.75 ounces of radishes – including the foliage – and 1 7/8 ounces without the foliage. 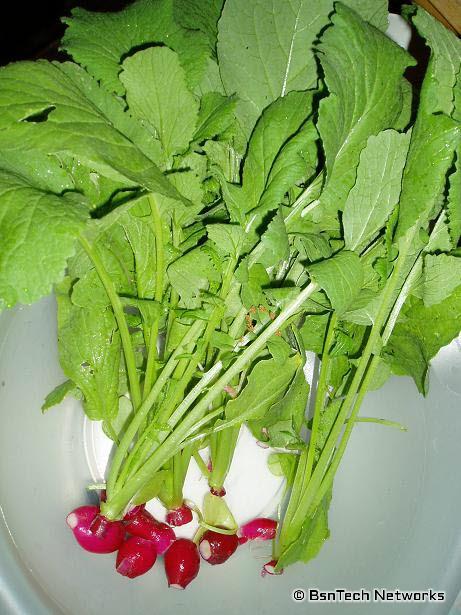 The green beans in the front are also putting on their next set of leaves as well – so they are coming right along!  Yesterday the weather was pretty much rainy all day without much sunlight.  Today it has been the same – not much sunlight and a steady rain most of the day with some heavier periods.  Seems like this really brought the garden to life yet again!