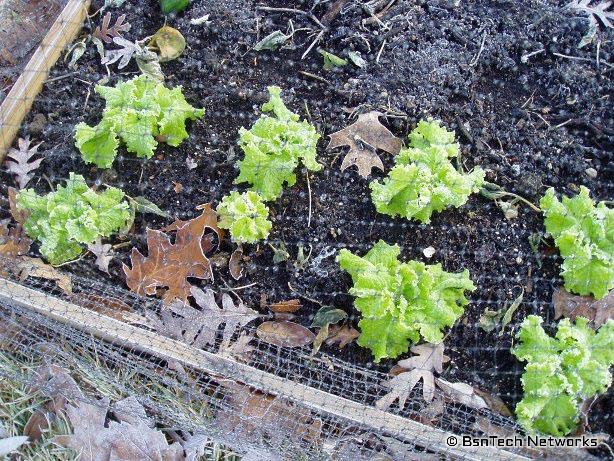 The strawberries have a pretty good coloration to them with the reds the leaves are turning.  You can see the white frost on the perimeter of the leaves. 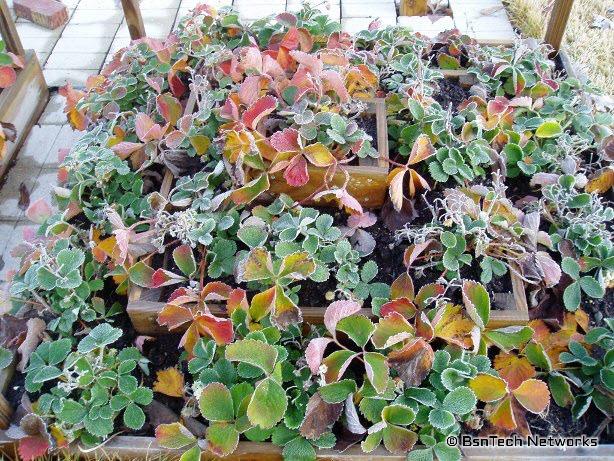 This past weekend, we picked up two 55 gallon drums from a Speed Lube shop in a nearby town.  Thanks to a co-worker, he said his dad owns the place and has plenty of them to give out.  So, we went down to our family's house for Thanksgiving festivities this past weekend.  The little town was on the way there so we picked up two of the barrels.  It would have been funny to get a picture of the car.  We had one of the clear barrels lying down in the backseat and the other was put in the trunk.  The barrel wouldn't fit at all in the trunk and caused the trunk to be almost vertical in the air.  I had tied it down pretty good with some string and twine that I brought along – but it definitely looked like we were hillbillies with a huge blue drum in the trunk!

A guy on Freecycle also e-mailed and said that he had one.  So after work, I went down to pick the one he had up and brought them home. 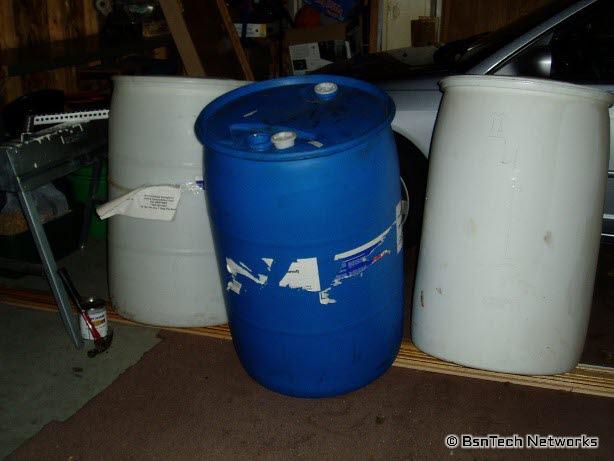 Unfortunately, the barrel I received from him will not work for my purposes – unless I use it as a stand-alone barrel behind the garage.  The bung holes at the top of that barrel had very course threads and the holes were over 2"!  I was warned about this when reading others' experiences making rain barrels.  So, the 2" male-threaded PVC fittings I have fit the two barrels we picked up on the weekend, but not the other one.

So, I am debating what to do with the other barrel now – that makes two barrels we can't use for much (although one is holding mulched-up leaves in it currently).  I was thinking about using it as a compost bin.  That could be done by getting a saw-horse kit and then putting a very large dowel rod or steel pipe (I have a steel pipe!) and running it through the barrel.  The barrel would be lying down horzontally.  Then, just get a crank to put on one side of the pipe so it can be turned every now and then.  Pretty easy compost container for cheap!

Man, I am running out of land with all of these things I'm doing.  I'm not sure where I will even be able to keep the compost bin at right now.