The gardening season is almost fully at an end here.  The only produce left to grow is the lettuce.

I went around today and just took some various photos of the areas in their sad, brown/black state where all you can see is dirt with nothing growing.  A few areas still have plants intact because I've been a bit lazy with taking them out.

Here you can see the green beans in the bed on the back driveway.  I have left them in since they are nitrogen-fixing. 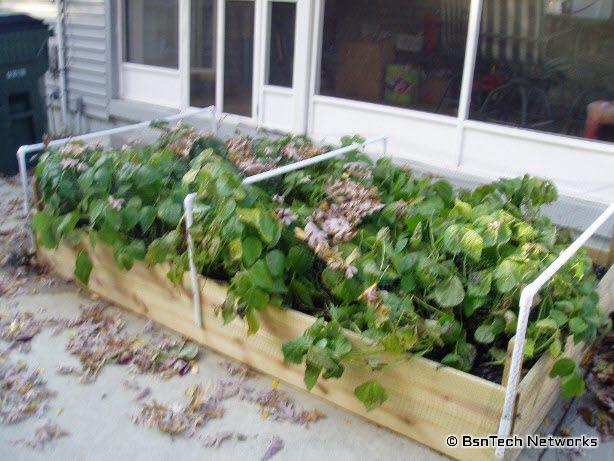 Here is the bed where the potato bin was along with the carrots.  The potato bin has been dismantled in the front and all of the soil/compost taken out.  I'm hoping for better luck next year because the first attempt at this potato bin was a bust. 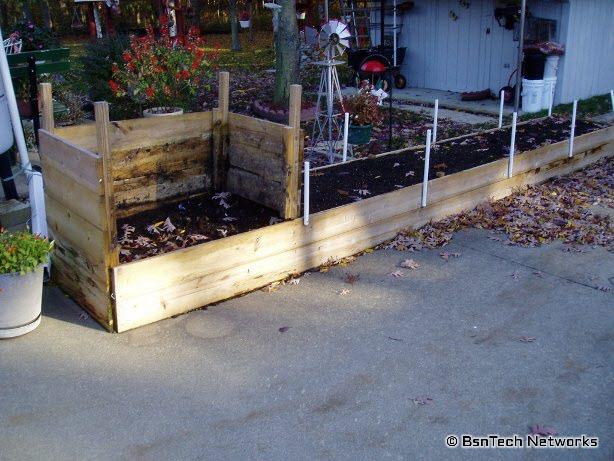 And here is where the potatoes were grown directly in the ground next to the house.  This is where the majority of the potatoes came from.  There are a few Tri-Star Strawberry plants that are still growing here.  I planted two of them since I had extras at the beginning of the year – and now there must be six or more. 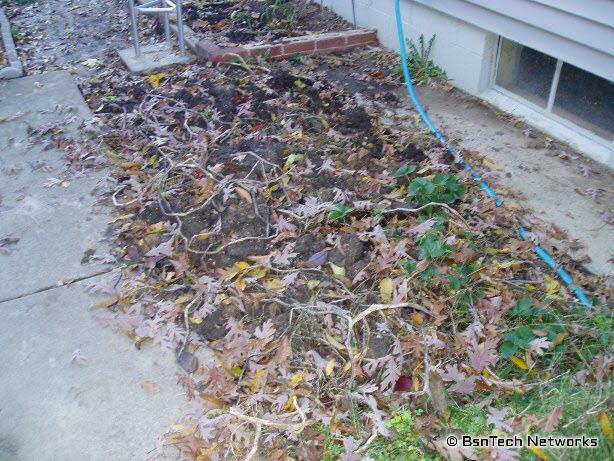 And the lonely area next to the house.  You can see a new item in this picture – a TV antenna!  There used to be a TV antenna in this area before it was blown down by a bad winter storm a few years back.  With the help of the neighbor, I grinded down all of the rust from the antenna and put on some aluminum paint to make it look brand new!  Now we get all of the local channels in at no cost in good stereo sound – and in HD-quality! 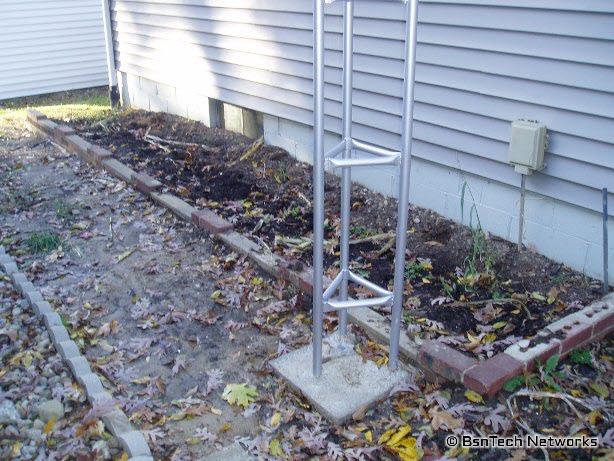 And the back garden behind the garage.  The cucumbers and tomatoes planted here didn't have a good year – although we did get a decent amount of roma tomatoes.  Next year I am going to be required to find a new spot for the tomatoes and cucumbers – just because I've grown tomatoes in this bed now for two years. 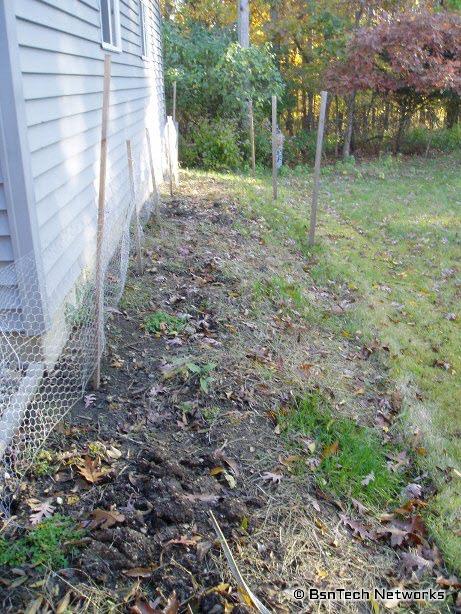 And now for the front garden.  Most everything has been taken out of this area.  I have left the pepper plants in to see if the few remaining peppers will grow any larger.  Back on the 20th, I pulled the last of the pappers – more on that later. 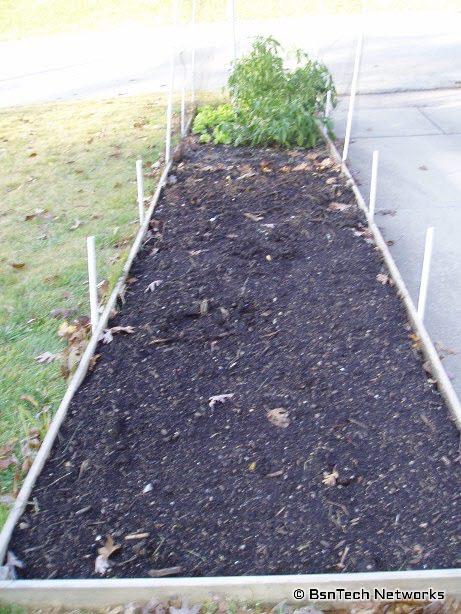 The lettuce is the only thing remaining that will possibly yield some produce.  This fall crop of Black Simpson Elite lettuce just didn't take off nearly as well as the spring crop – although we can get some of these harvested at this point. 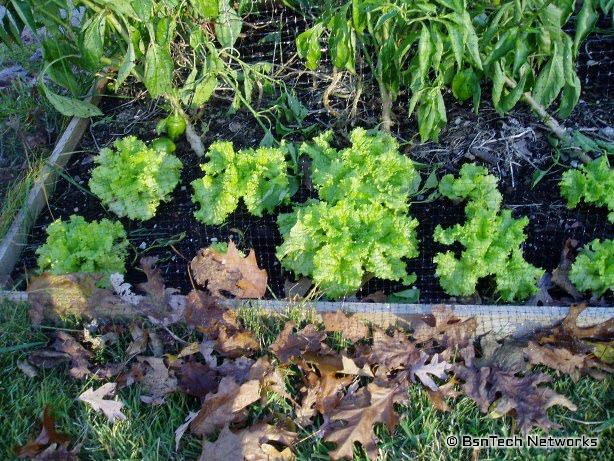 Anyways, on to the peppers.  On October 20th, I went out and picked all of the remaining peppers that were fairly decent size on the eight California Wonder pepper plants.  None of them have been turning from green to red because the temperatures for the past month have been unseasonably cooler.  We had a few 70-degree days, but not many.  In addition, the rain just won't let up and we've been drenched with what seems like at least an inch or more of rain a week!  Just a few days ago we had over three inches of rain over a two-day period.

After picking the peppers, they all weighed in at just over nine pouneds!  That sure is a lot of peppers and will add greatly to the overall total weight. 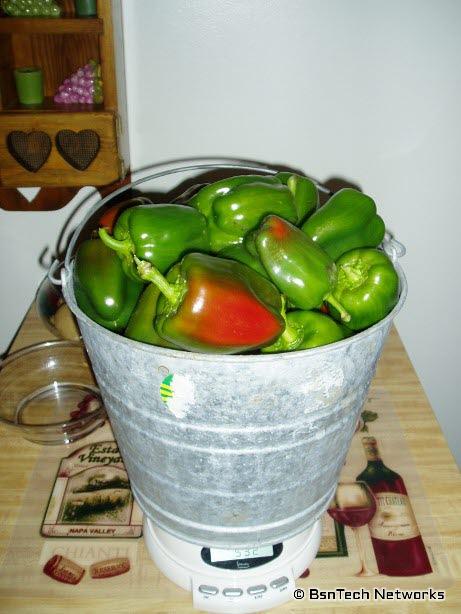 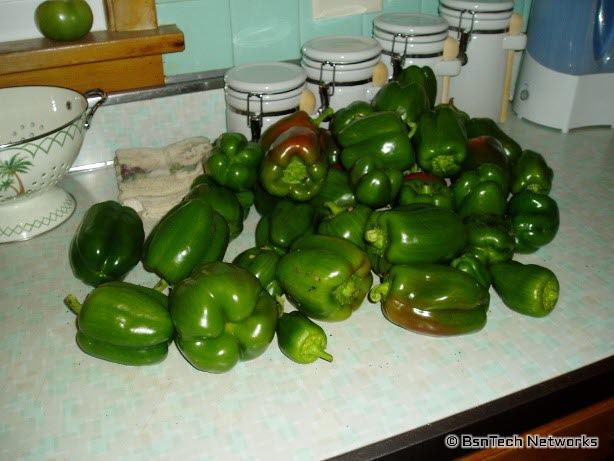 Tonight I am going to go through my gardening journal and begin tallying up the total weight of produce harvested from each of the different veggies and post those results next time.

To end today's post, I thought I would leave you with a few pictures of the forrest behind our house with the changing of the leaves. 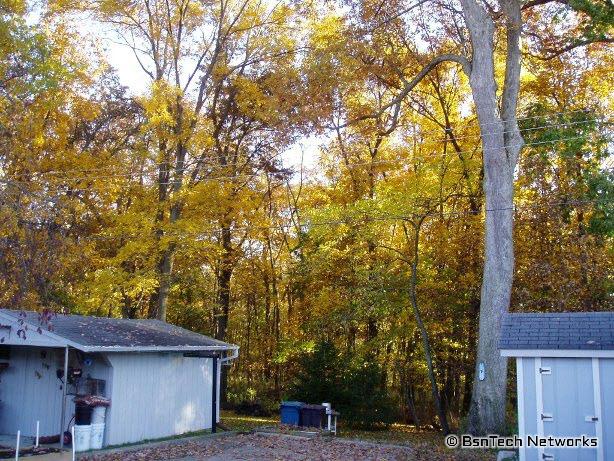 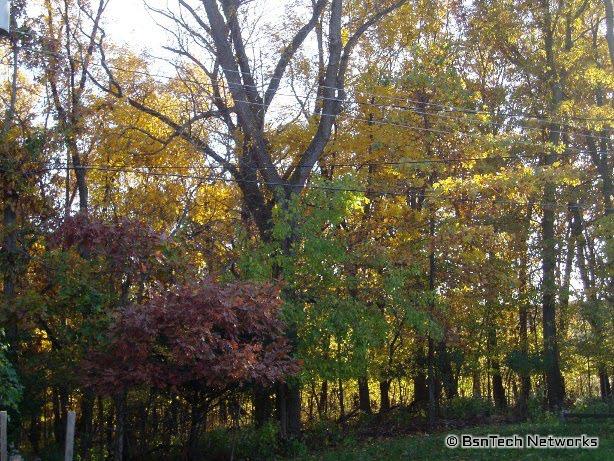