The garden is slowly in decline.  The weather in Central Illinois has certainly cooled down considerably – so much now that the weather reports that we are sometimes 14 degrees cooler than average for this time of year.

Because of that, the warm-weather crops – like peppers and tomatoes – have slowed to a crawl.  They still have plenty of unripened fruit – but they are not ripening up at all. 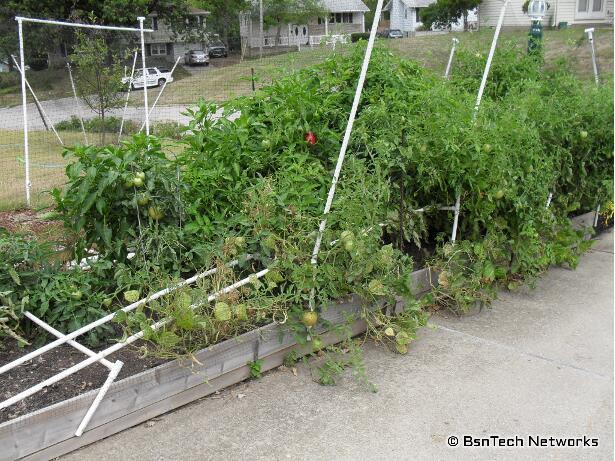 The other side of the front garden has been abandoned.  I was attempting to grow some additional Bush Blue Lake 274 green beans – but the bugs completely ate them so I stopped taking care of it – and took down all of the PVC in the area for the watering system. 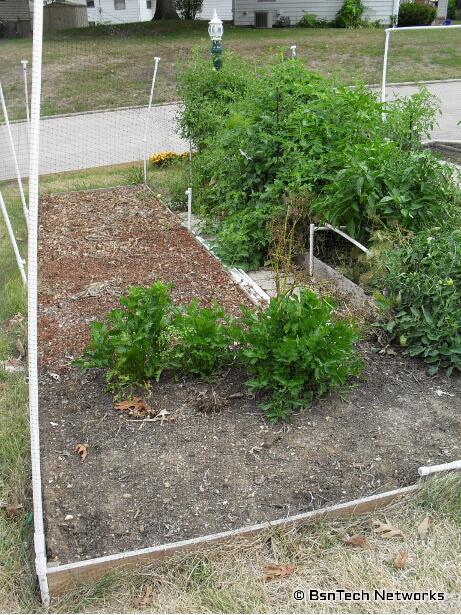 There still is a few celery plants that are surviving – but it won’t be anything that we can use.

The green beans in the front yard are also in decline as well.  I did get about a pound of green beans from them – but they are not looking too well. 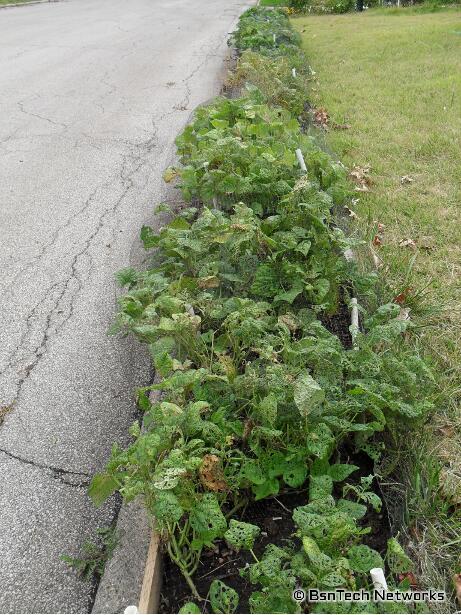 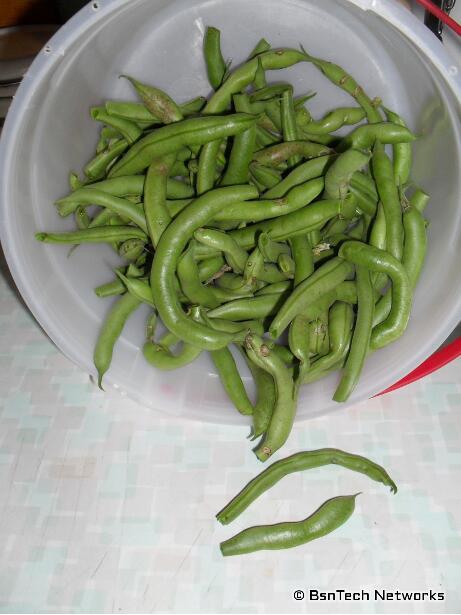 In addition, the Tri-Star strawberries in the front yard haven’t really bounced back either.  I think it is going to be almost time to replace all of the strawberries – which is a shame.  They are about three years old now and I attempted to re-plant the runners to keep a fresh supply of plants, but the very hot summer wiped a lot of them out. 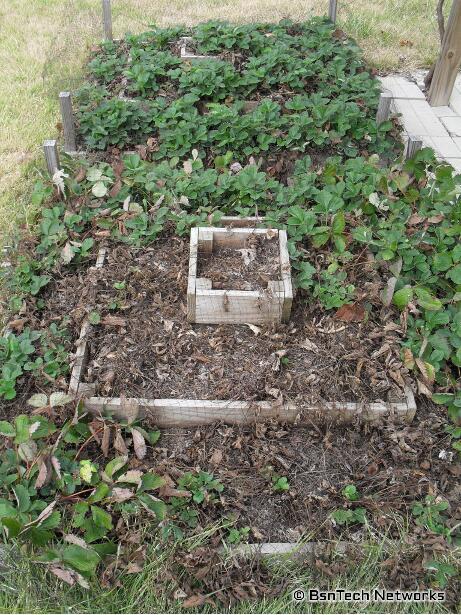 Meanwhile, in the back, a few volunteer potatoes have sprouted.  Of course, they won’t make it through the winter – but it does show that even the smallest potatoes that are left in the ground will come back up. 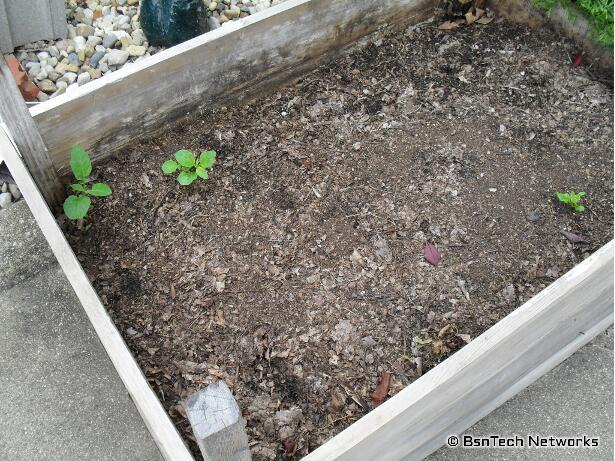 The Sugarsnax and Scarlet Nantes carrots have really exploded in the past few weeks!  The carrots have been in the ground for well over 120 days now – so they most likely are woody and unedible – I’ve yet to dig them up!  But, the green tops have really began growing lately. 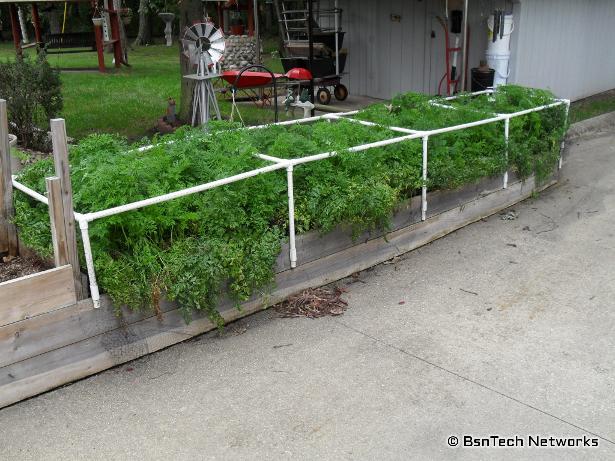 We’ve finally managed to get a bit of rain over the past few weeks as well – still not nearly where we should be for this time of the year (and our city is on the verge of putting mandatory water restrictions in place).  So, the rain barrels are completely filled up again – but I’ve not had to water the garden lately because it seems we get enough rain so it isn’t necessary.

Onto the lettuce.  Unfortunately I did plant the lettuce seedlings out a week early and over half of them scorched and died out.  So, this is what is left – and at least they still are growing. 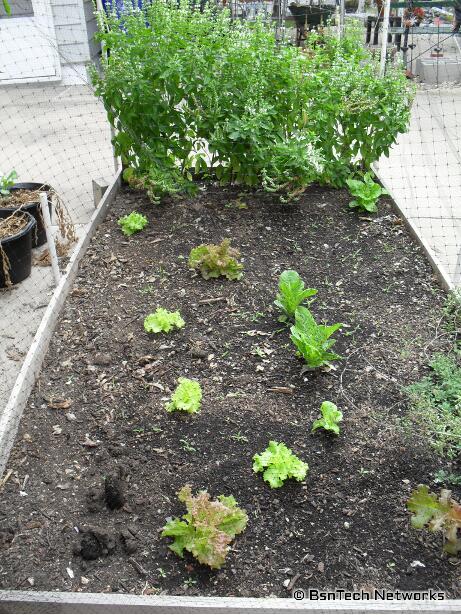 We also have a few Anaheim Hot Peppers on the plants.  But, these peppers are just as mild as the standard California Wonder pepper – so I don’t find it worthwhile to plant another pepper type that has the same flavor.  I was hoping it would have just a bit of heat to it to put in the salsa – but no such luck. 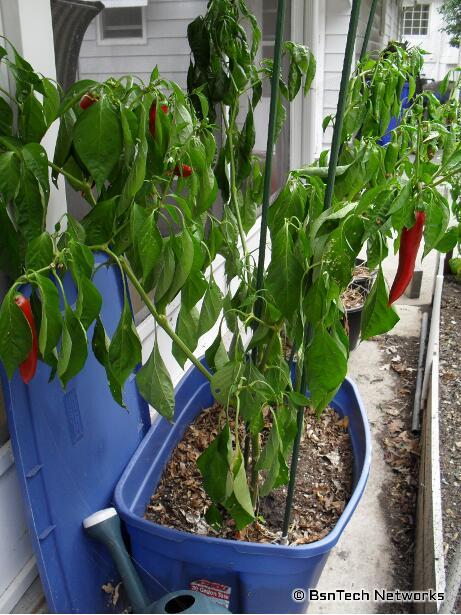 I then did pick the peppers and a few cucumbers from the back garden after taking all these photos. 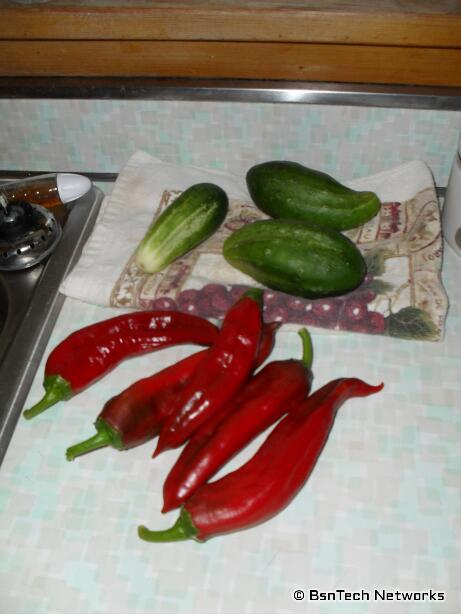 And lastly, a few pictures of the Crimson Sweet watermelon.  The watermelon vines are also in decline as well – although they are sprawling everywhere. 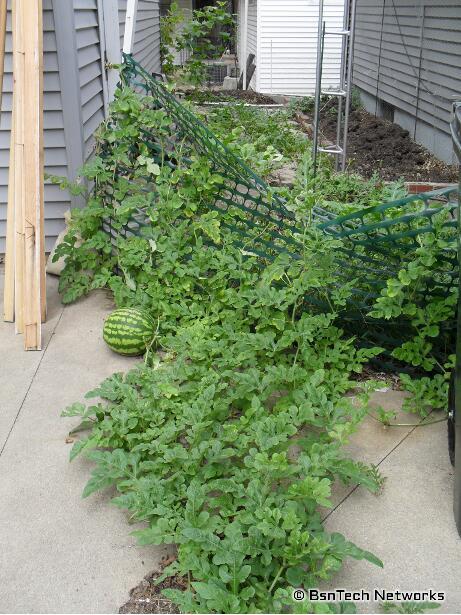 As you can see, there is one watermelon in the front – and an even larger one in the back (not seen here).  I did pick one of them just before taking the picture above – and somehow it split on it’s own.  It wasn’t nearly ready for harvest – so it was thrown on the compost pile.

Well, that is all for this blog entry.  As you can see, the number of posts have been slowing down since there isn’t much going on.