The warmer temperatures we’ve experience recently has really caused the plants to grow very quickly!  It was almost 90 degrees a couple of days ago – but for the most part, the temperatures have been steady in the 70’s and low 80’s.

I missed the weekly posting last week – so I wanted to get this one done when I could.

The lettuce has really grown.  We most likely will be ready to pick some lettuce this week. 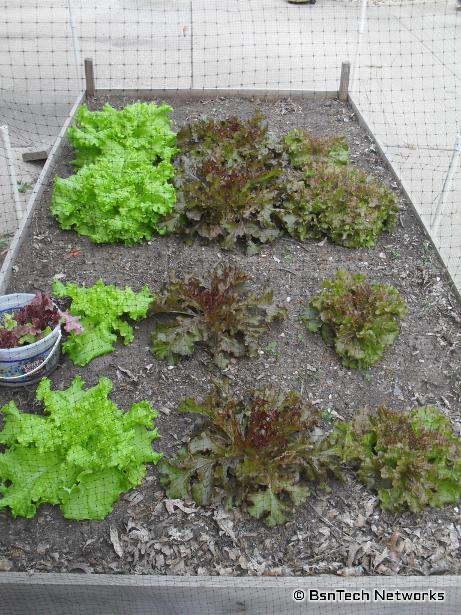 The carrots have been doing very well too.  I had to go through and weed them out last week – and there are already more that need to be plucked out. 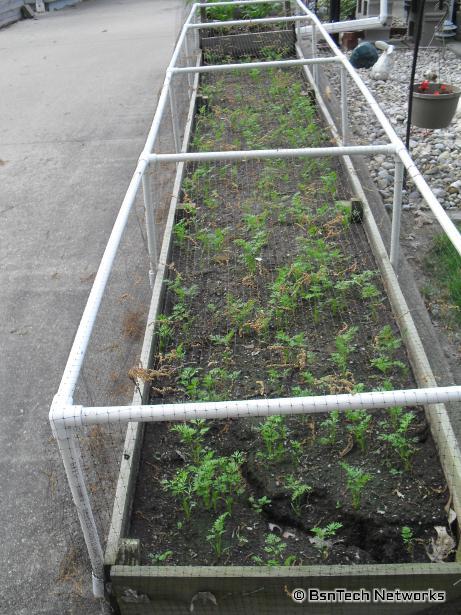 The side garden is going well with the potatoes.  The Cascadia Snap Peas are not doing well at all this year beside the house.  Seems that maybe 50% of them came up. 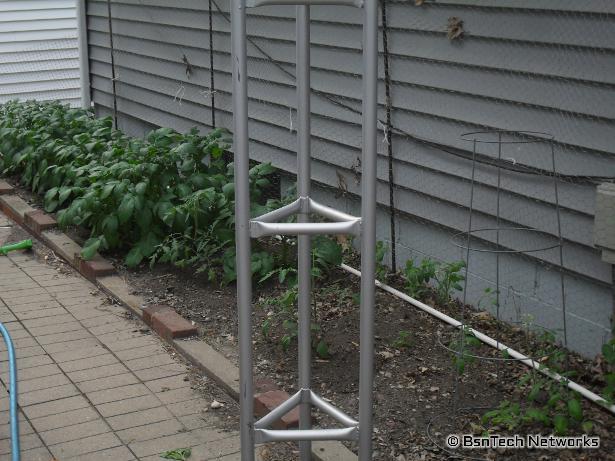 Behind the garage – the peas are doing much better – even though they don’t get as much sunlight.  Odd.  The tomatoes are also doing OK. 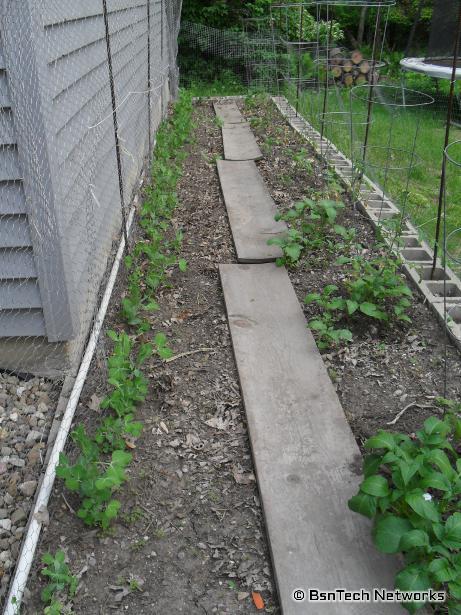 Going to the front yard.  The Varsity Onions have really grown – seems they have at least doubled in size in the past week alone! 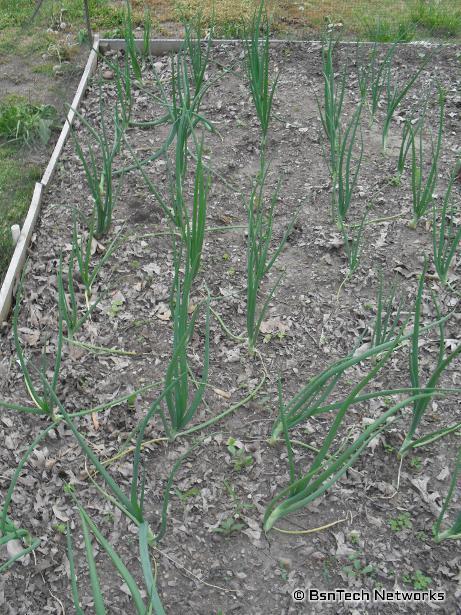 Unfortunately though – the peppers and broccoli still haven’t caught on.  I am not sure if the broccoli will even bounce back to have any produce out of them.  That would be the first year for that – so I still am hoping for the best.  You can also see two rows of green beans coming up. 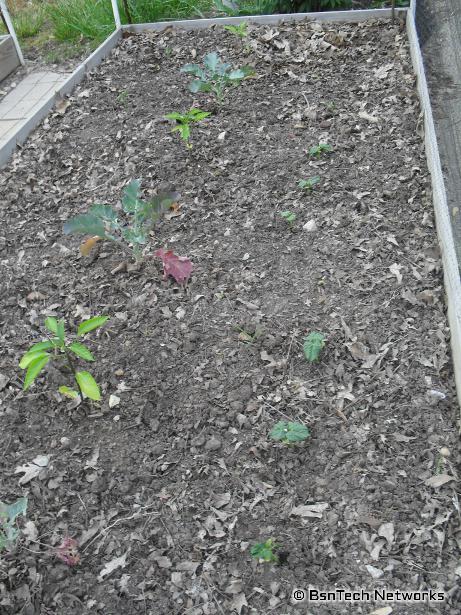 Over on the opposite side of the front garden are the Snow Crown Cauliflower along with some more peppers.  Same thing here – only a few of the cauliflower plants have been doing well – and the others haven’t.  Might be lucky to get two out of six cauliflower plants with produce. 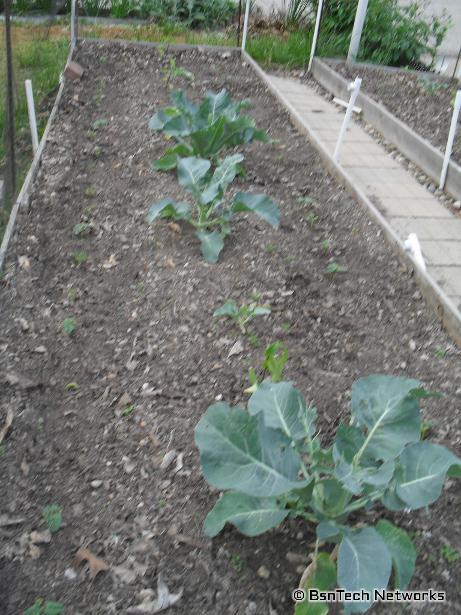 Making our way over to the old strawberry pyramids – the Ventura Celery is doing quite well.  The radishes – well, the majority of them were actually picked on Sunday. 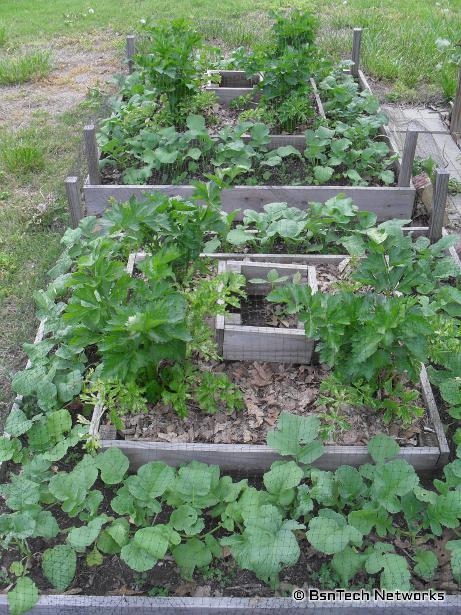 Closer look of one of the Easter Egg radishes.  It was ready to be pulled! 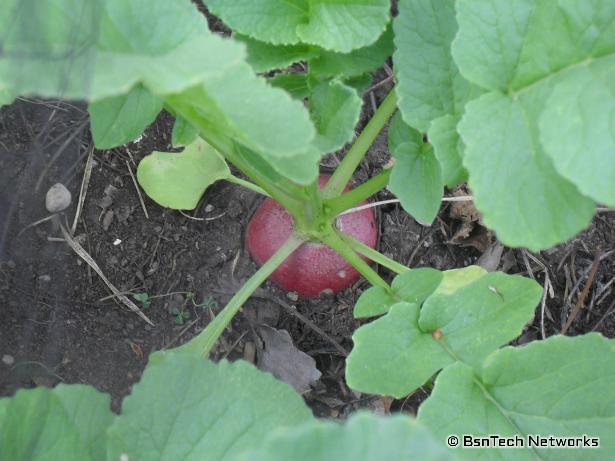 Look at the grape vines!  They are loaded with grape clusters this year.  If all of them bear fruit, that is going to keep the birds busy when the grapes are ripened.  I tried to get a view that shows that even way back in the background – there are clusters formed on those as well. 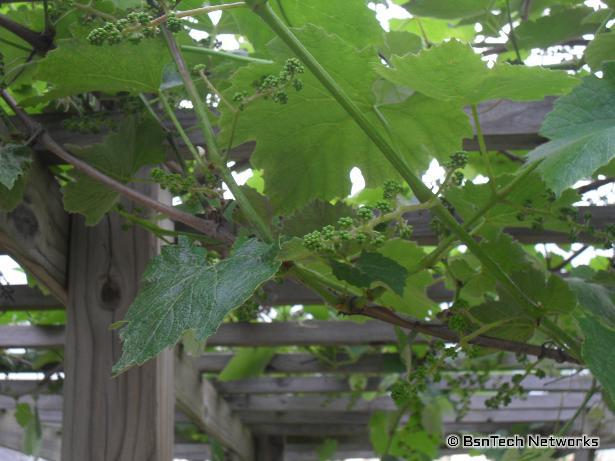 And the potatoes by the road.  They were mulched with the leaves I saved up front last year to help keep moisture in – and prevent the potatoes from turning green if they are made above the level of the ground.  Mulching was done on Sunday and the picture below was taken on Saturday.  I need to get netting over them soon before the deer decide to come and eat it all. 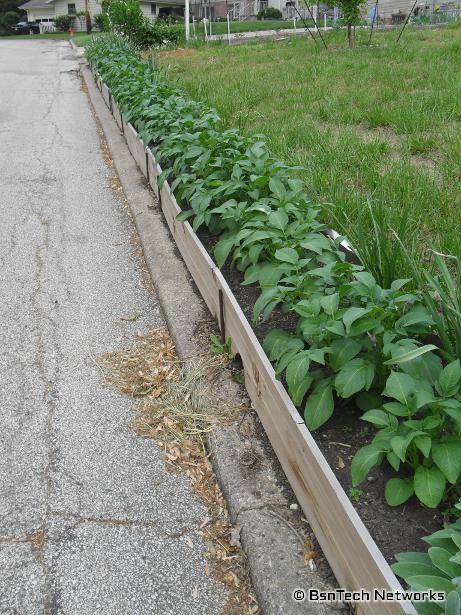 And lastly – the radish harvest.  There was at least a pound or more of radishes. 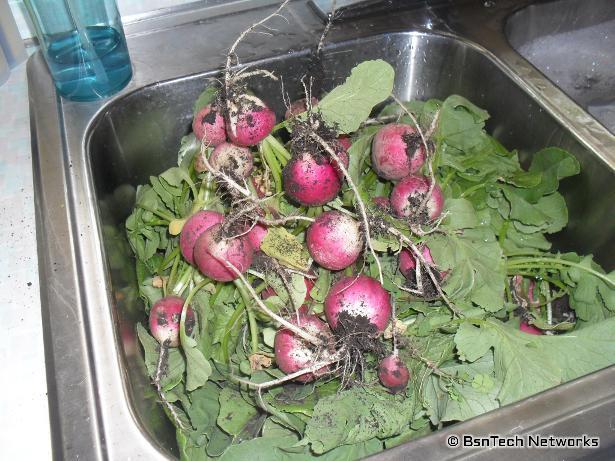 After they were all cut up and cleaned, they were ready to eat!  I’ve already cut up a few of them and used them on salads. 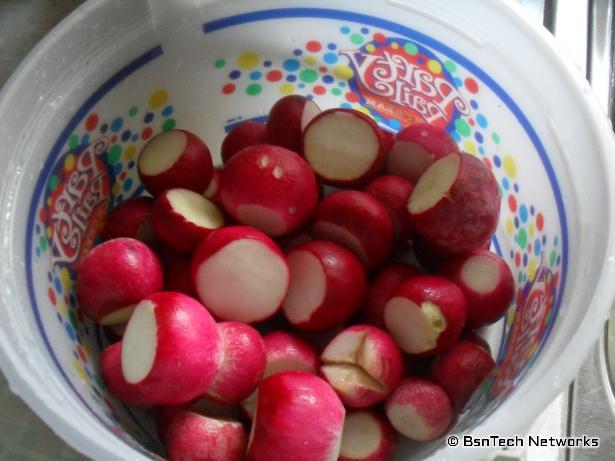 Once they were all picked, I then re-seeded with more radishes.  I’m not sure if they’ll have time to mature before it gets too hot for them, but time will tell.