There has not been much of anything going on in the garden.  We have picked a lot of cherry tomatoes – but everything else has just been surviving the drought we’ve had.

We had a great deal of rain in the spring and early summer – but we’ve not had hardly anything in the past month.  This morning I woke up and saw that the driveway was wet – but we got very little rain – not even enough to make a drop more in the water barrels because it all evaporated from the roof before getting to the gutters.

Let’s get into some pictures.

Below is the basil.  Sadly, I’ve not even picked any of it.  All of that basil and it just has went to waste. 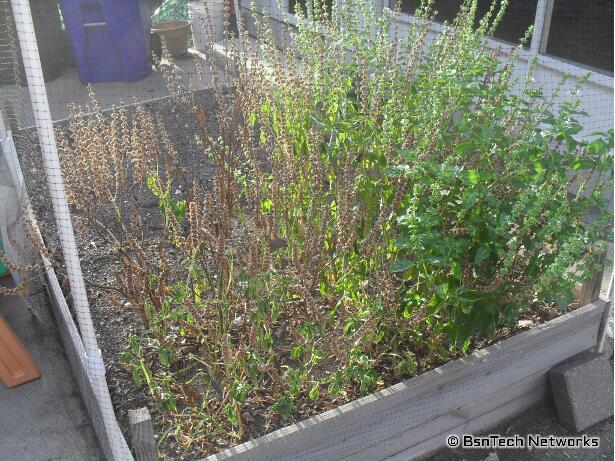 In the side garden is where the tomato plants are performing.  The first one in the front is the red cherry tomato which is definitely producing.  In the back is nothing but dead stems from the Kennebec potatoes.  They all still need dug up.  Just been incredibly too warm lately – and I’ve not wanted to get out and do that task.  Maybe next week when the temperatures finally drop a bit. 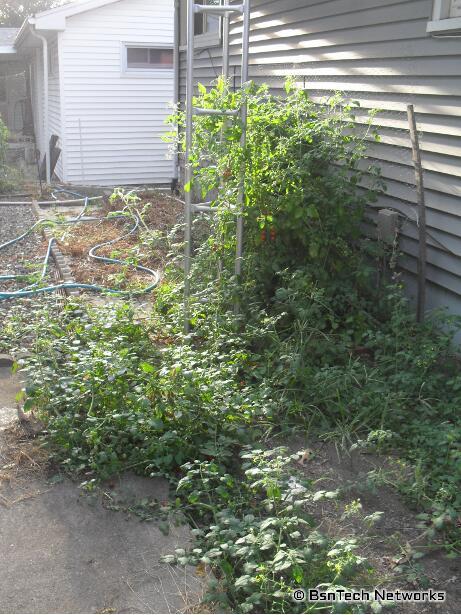 A closer view of the chery tomato plant: 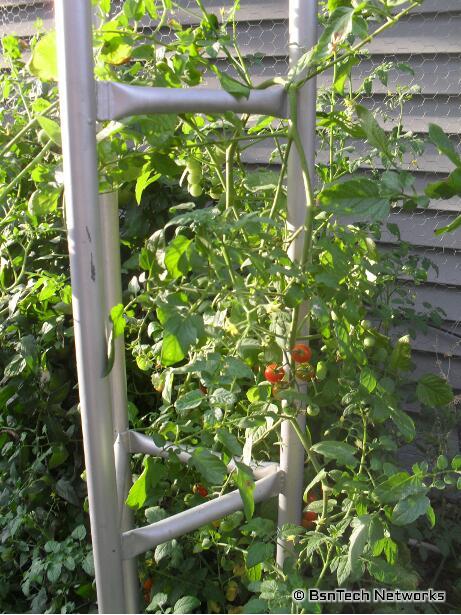 In the back garden – things are abysmal.  I did go through and spend a good 45 minutes fully cleaning the area of all weeds.  That was shortly after my last post on my blog.  Since then, some weeds have popped back up.  But back here, the tomatoes are not doing well at all – it seems that they may have gotten some kind of disease.  Only a few of the plants still remain – and they are not doing well. 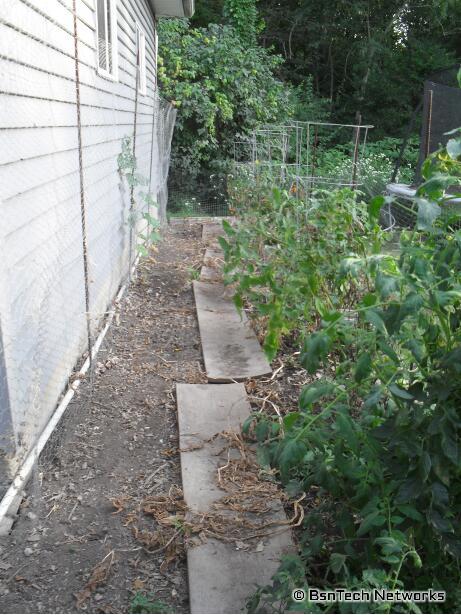 Over on the left side by the fence is one Straight Eight Cucumber plant.  When I watered everything this morning, I did go ahead and pull off the one cucumber that it has produced. 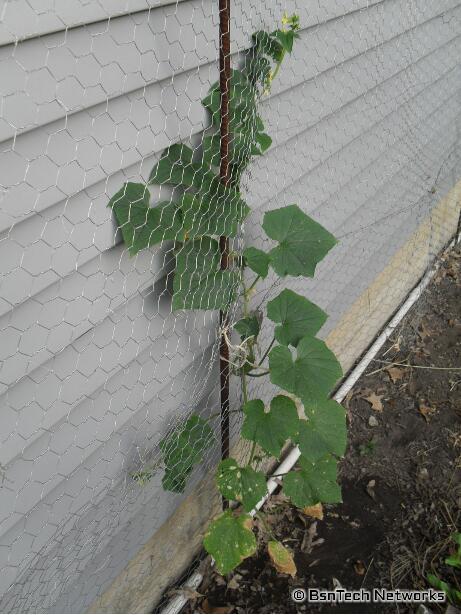 Moving to the front – the California Wonder Peppers have certainly had a growth spurt recently because of the high heat.  I did just go out there – right before taking the photos – to pick two red peppers off of one plant.  The green beans are still somewhat growing – and they have a lot of blooms on them – so maybe we’ll finally get some green beans on our second attempt.  Unfortunately, I woke up one morning about a week ago to find that one side of the deer netting was tore down again.  So either some deer or other animal got into the patch and mowed down about 25% of the green beans – which are luckily making a little bit of a comeback. 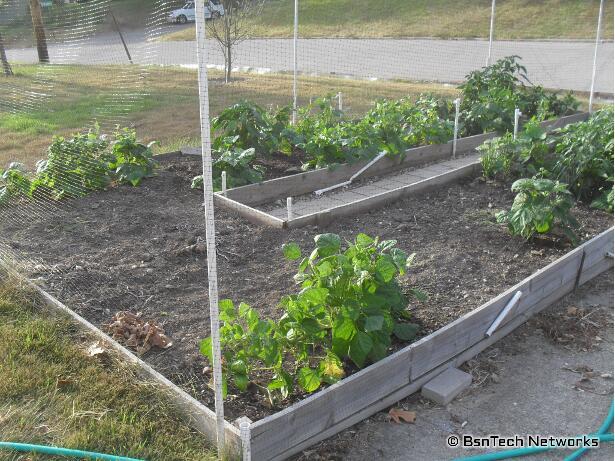 A closer view of one of the California Wonder pepper plants: 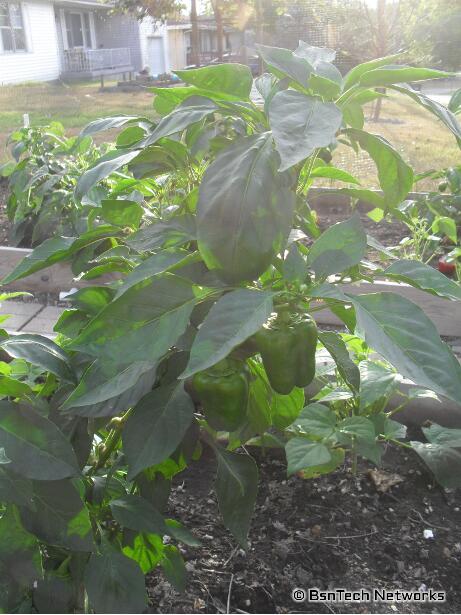 And finally – a photo of the grape arbor.  When we went up to visit family near Chicago several weeks ago, we came back to see all of grapes were gone.  Yes, ALL of them!  Well, not like we ate them anyways because they have seeds – and we were sent the wrong grape vines in the first place.  But it is just amazing that we had dozens upon dozens of grape clusters – and within a matter of 36 to 72 hours, the birds and wildlife had eaten every single one of them. 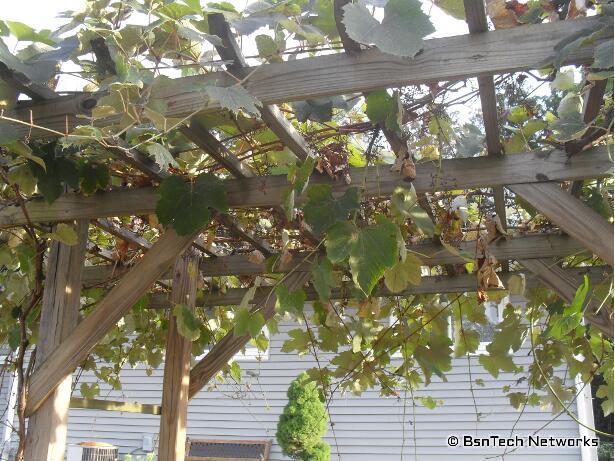 That takes care of this garden update.  Going forward, we may get some green beans and some tomatoes – and from the looks of it, we may have a decent amount of peppers to harvest near the end of the year.