I was going to make two entries for this, but decided just to do one.  I needed to make an entry a few days ago but we've been very busy at work and at home so I haven't had too much time to write here.

The weather here has been extremely hot.  The past week it seems it has been 90+ degrees with heat indexes over 100.  It is expected to continue until Sunday when it will finally get down to 89 degrees followed by 84 degrees on Monday and Tuesday.  There hasn't been any rain for the past four days either – but before then, we were getting some extremely strong storms.

Let's get down to the pictures.  The first two are from the in-laws garden which were taken on June 17th.  About 22 of 100 corn seeds came up – and they were spread everywhere in the corn area.  So I dug up each of those and placed them all closer together so they can pollinate.  Those shown in the photo below up front were transplanted there.  Out of about 250 seeds started (about 175 of them were seed from two years ago), only about 50 came up – and about 42 survived – which were then transplanted here. 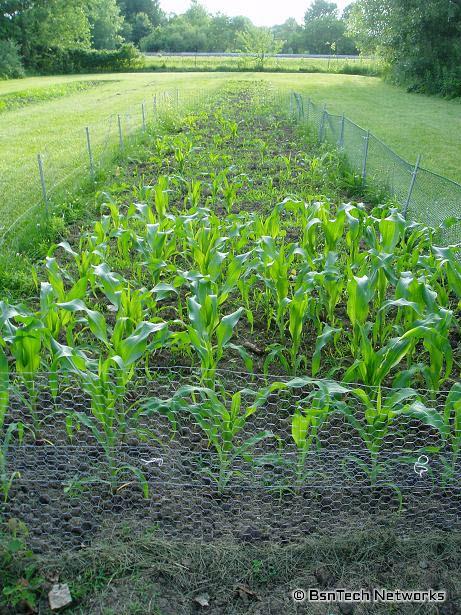 The potato area left more to be desired.  It is hard to see the potatoes for the most part here, but they are down the middle.  Out of over 70+ potatoes, there are only 11 that are growing.  They are the plants that have the 'hills' of dirt around them. 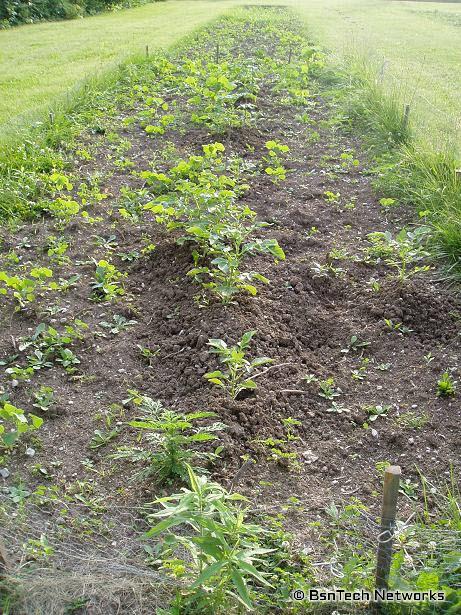 Moving on to the garden at home –

This is a picture of the back garden.  The six tomato plants are all over the top of their four-foot tomato cages.  The peas are just about dead – the yellowing of the leaves is slowly going up the plant.  We have been picking the peas every two days, and in a week, there has been at least another five pounds of peas.  Today we picked another 1 pound 12 ounces and two days before that was just a little over a pound. 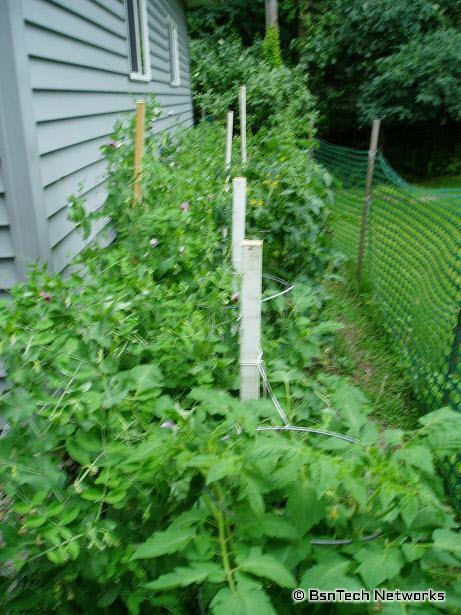 Here is a close-up of some Best Boy tomatoes coming in strong. 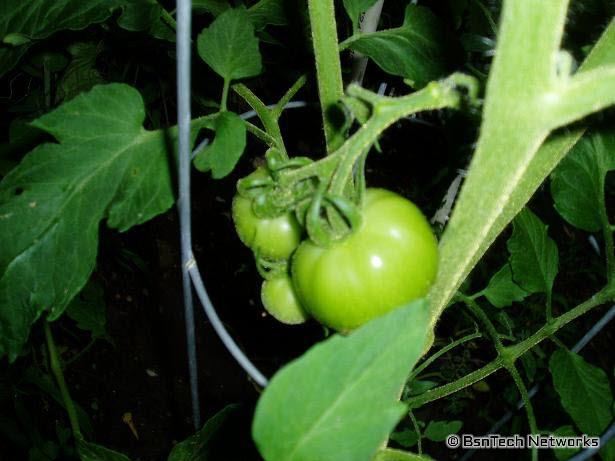 And a picture of some of the Red Cherry Tomatoes. 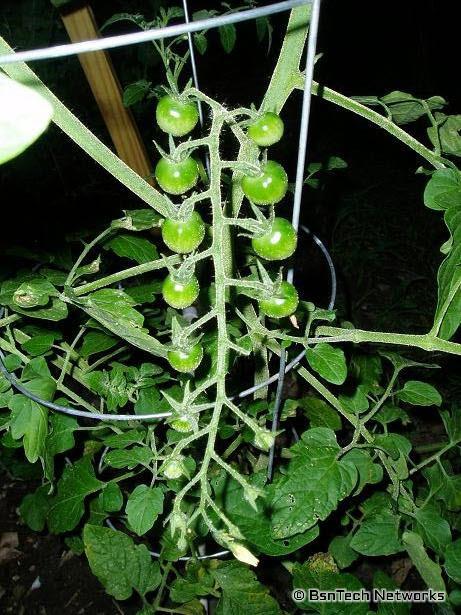 Moving on to the "driveway garden" as I call it.  The one potato plant is doing well in there – at least when this was taken.  Because of all the heat today and yesterday, the plant now looks very withered and I hope it makes it.  This potato bin idea hasn't been working for me very well at all – although the potatoes directly in the ground at the house are doing well. 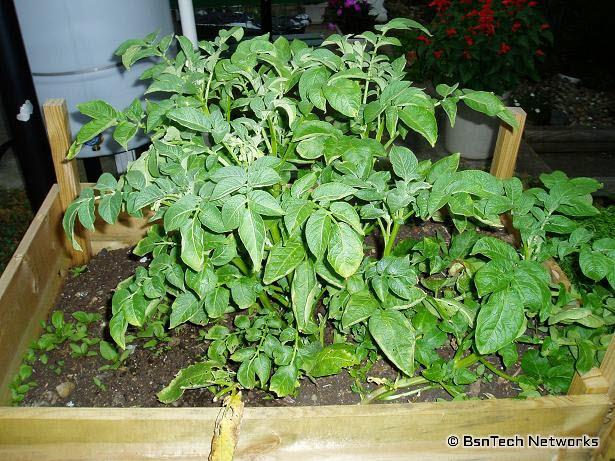 And the carrots.  They are all pushing up against the bird netting. 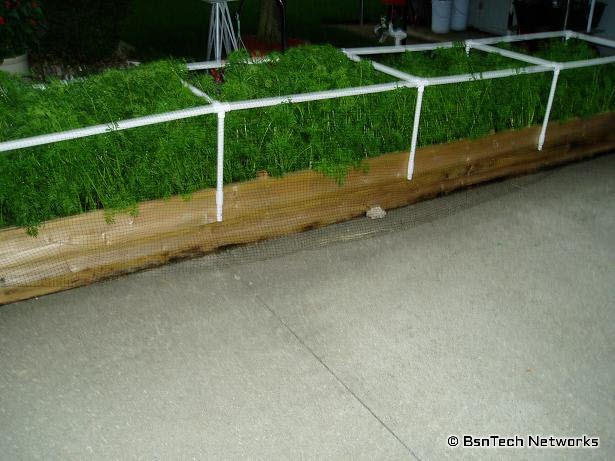 I plucked another carrot just to see how it was going.  This one was taken from the far end – opposite of where the other was pulled.  This one appears to be smaller than the one picked a few weeks ago up by the potato bin. 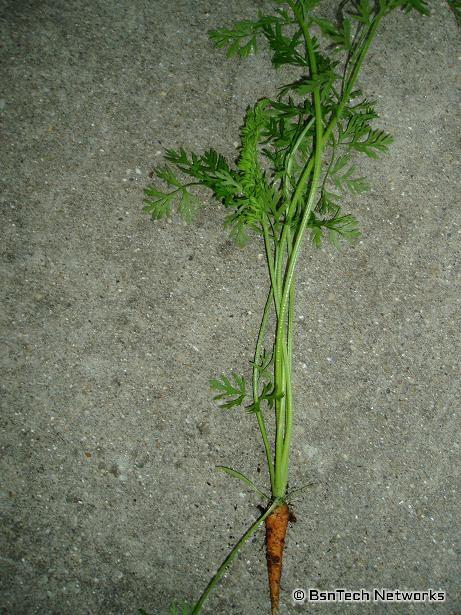 Now – over to the garden on the side of the house.  Again, this shows the peas fully 4+ feet tall.  The onions in the front just keep growing and I hope they put on some nice-sized bulbs! 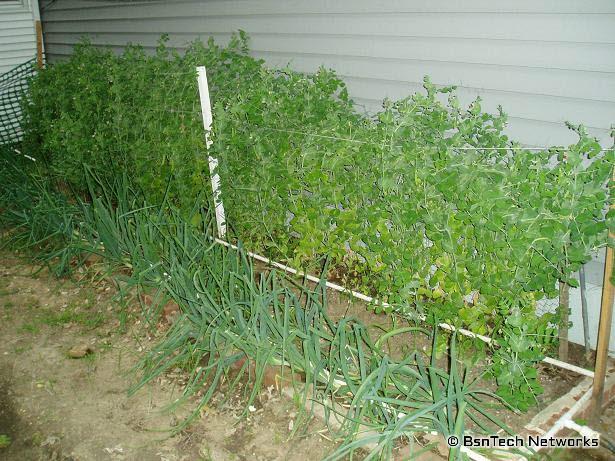 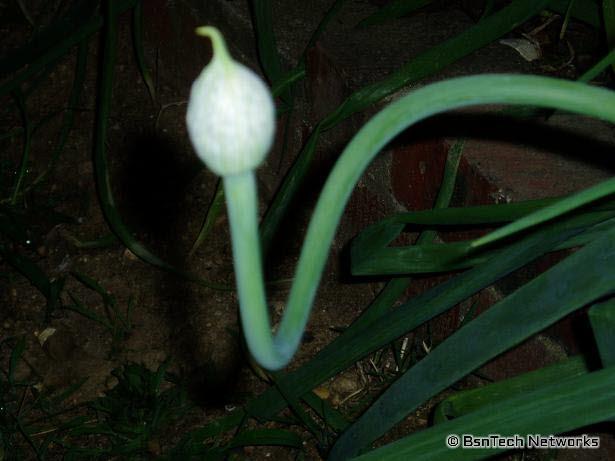 These are the potatoes right by the side of the house as well.  All of them are doing well.  Some of these pictures look pretty dark – that is because a big storm was just getting to roll in before I took these. 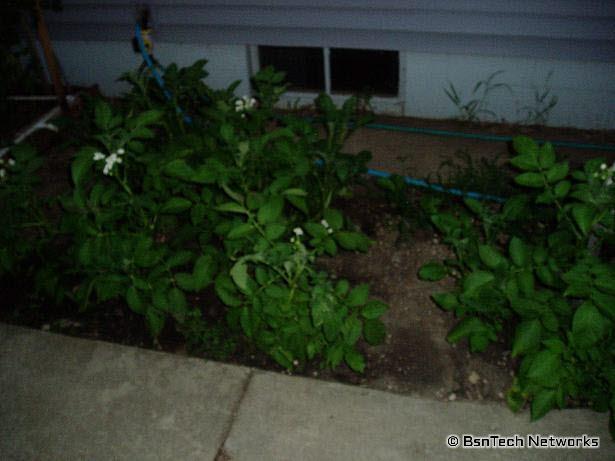 Here is a close-up of some of the potato flowers. 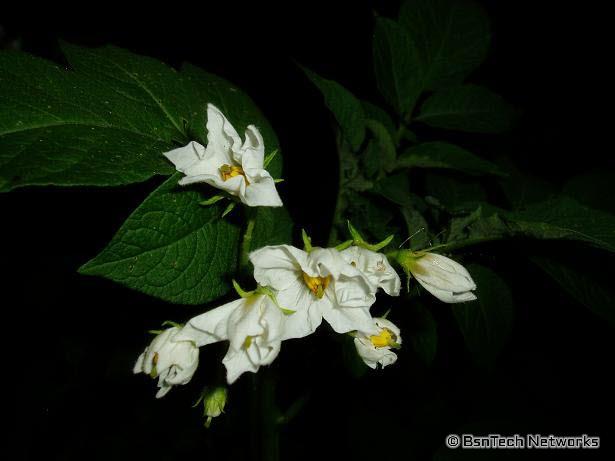 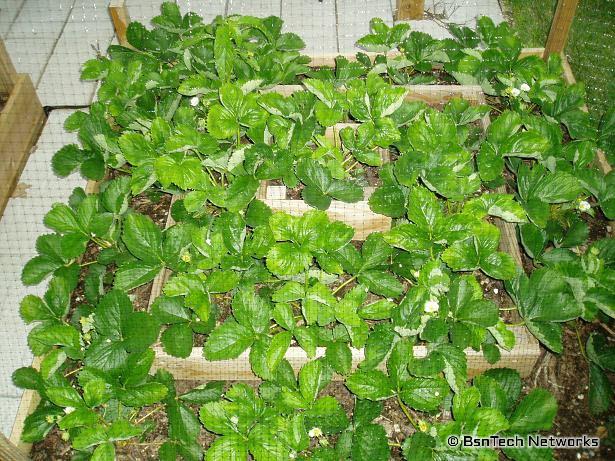 Lastly, now to the front garden.  A full view of the garden shows that the broccoli heads have been cut off.  I cut off two over the weekend and unfortunately did not last long.  Overnight they all flowered into their yellow flowers in a gallon ice cream container in the house.  I was going to keep them for fresh eating instead of blanching and freezing – but that didn't work out.

The lettuce was all pulled today.  Unfortunately, there must have been four pounds that we pulled today – and it is all bad!  I noticed last time that the lettuce was a little bitter, but this time it was really bitter. So, it all was thrown back out into the front garden to compost into the soil and also help hold the water better. 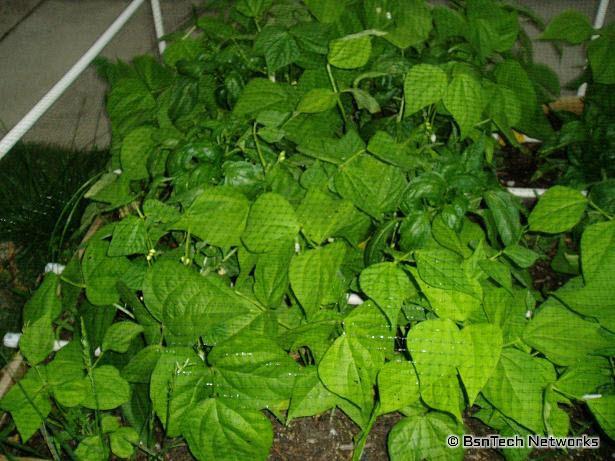 So those above were all taken on June 19th.  Now, to the photos taken today (June 23rd).

All of the cauliflower has now been pulled.  Out of the eight plants, there were two of them that didn't put anything on to harvest.  There was the first one harvested that weighed almost a pound, and these other five weighed in just a little over a pound.  They were much smaller. 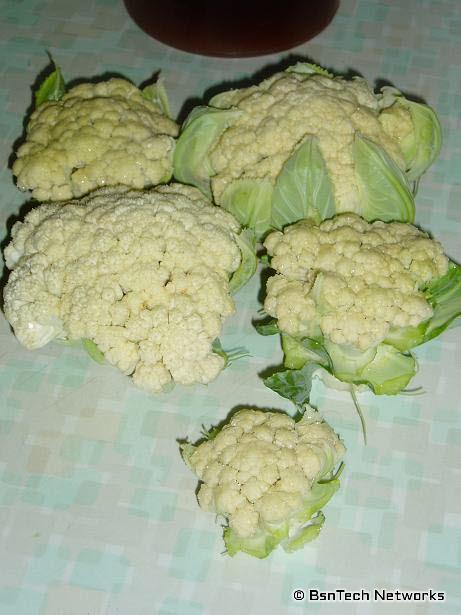 Between the lettuce and cauliflower being pulled up today, there is a lot of space now in the garden!  I am thinking that tomorrow I am going to pull the broccoli because it has just been too hot for the broccoli to produce even side shoots.

The wife and I went out to pick the peas about an hour after tending to the cauliflower and lettuce.  Boy, let me tell you it was HOT outside with the head index and humidity.  Usually pulling the peas from 100 plants takes me around an hour, but it took half that time with the help.  But, it was still bad enough that it looked like I just sat in a sauna. 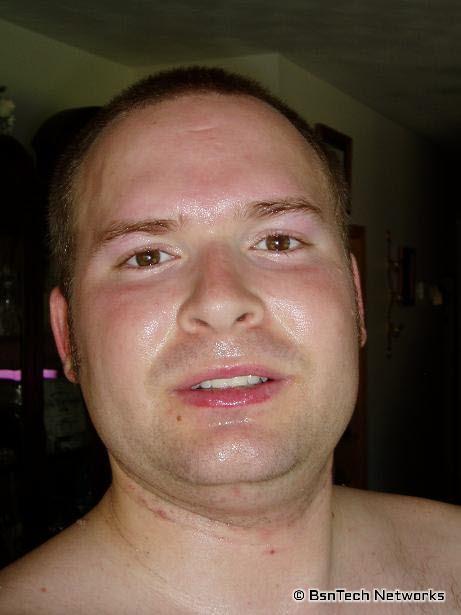 This weekend the green beans will most likely be planted in the front garden where the lettuce, broccoli, and cauliflower once were.  This should give another 60 green bean plants.  I'll also backfill the areas where the green beans didn't come in previously for another try.