The garden just keeps growing beyond belief!  We just got back from our week-long vacation to a few theme parks in Ohio (posted those pictures in the picture gallery).  Upon return, there was a lot of items that needed to be maintained and harvested!  Heather picked a little over a pound of strawberries, there was over two pounds of lettuce, and about five ounces of radishes.

The broccoli are beginning to put on their clusters in the middle!  It won't be much longer before they are ready. 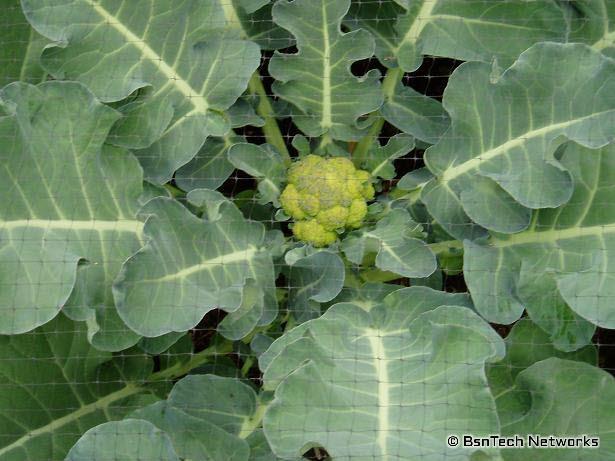 The front garden is doing very nicely.  The peppers are coming up well and the green beans are still coming right along. 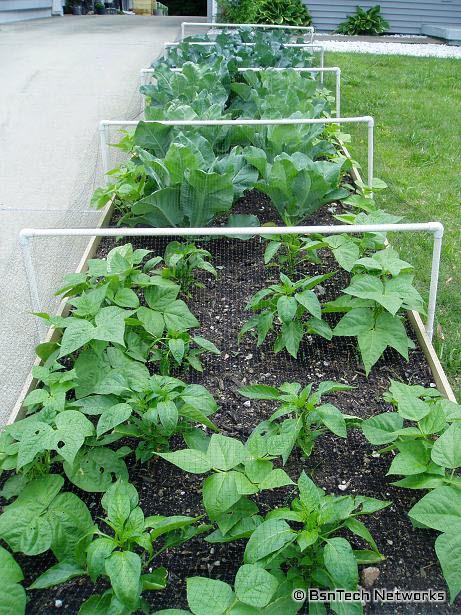 We are not too sure what the name of these flowers are, but they are blooming!  The first year we moved in, there were only two of these flowers.  The second year seemed to triple the flowers and this year, there are a huge amount more! 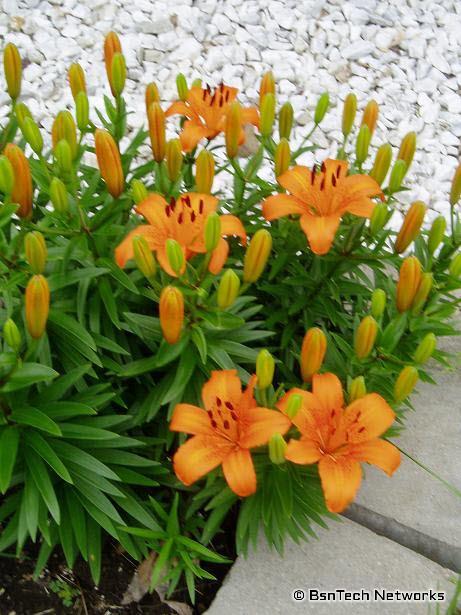 The potato bin is a bit of a disappointment.  Unfortunately, I noticed that three of the potatoes were wilting last week before we left.  I gave them a huge amount of water and this didn't help.  Upon returning, the three potatoes are completely gone now.  I even dug down a little bit where they were and didn't find anything.  I attribute this to covering the potatoes up too much.  I covered almost all of them up, and I don't think that they were able to get enough sunlight to continue. 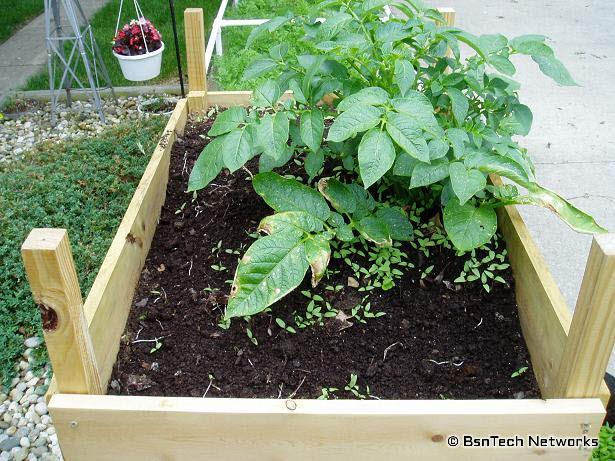 The other potatoes are doing very well.  Just hilled them up and also got all of the weeds out of the area after I took this picture. 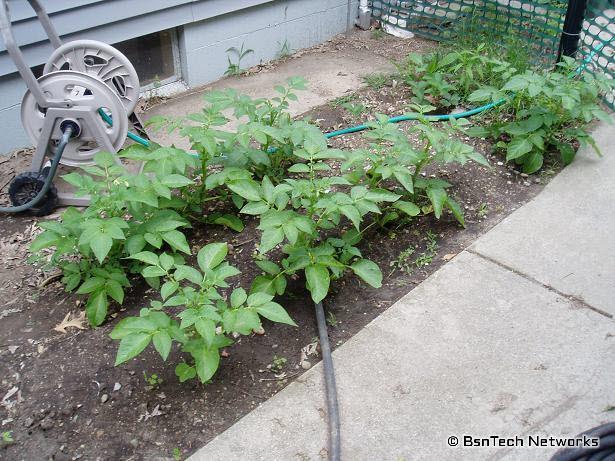 The carrots are over a foot tall now.  They are almost up to the bird netting that I put over the area to keep the birds and rabbits out. 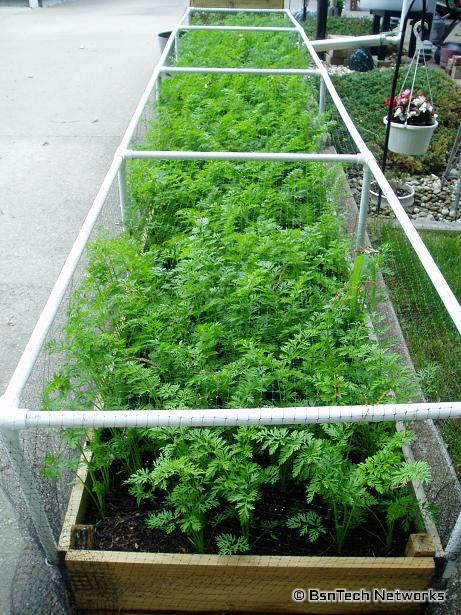 The peas are just about ready to be picked!  Here is a photo of some of the flowers that are still growing on them.  The peas are well over three feet tall now as they are way past the chicken wire fencing behind it. 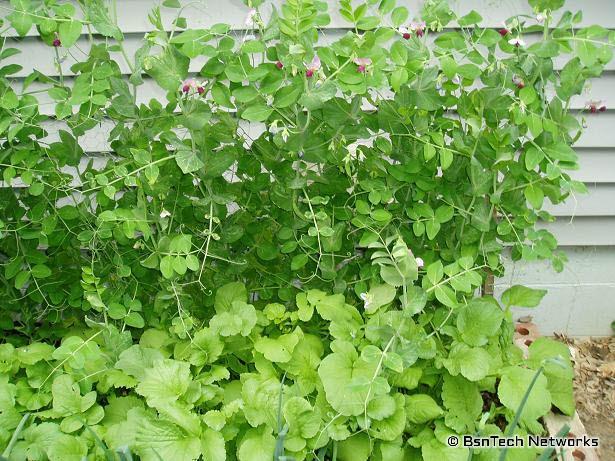 And a few pea pods… 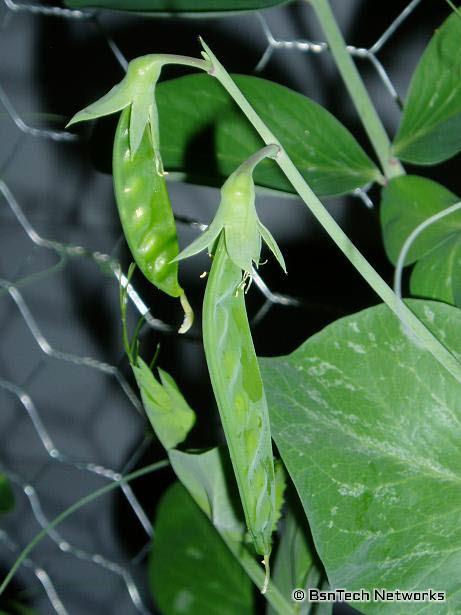 The tomatoes also tripled in size since the last week!  It looks very overgrown, but I weeded and cleared out this area after I took this picture as well.  I'm hoping that the peas will be done in the next week otherwise I won't be able to get back to them with the tomatoes growing so quickly! 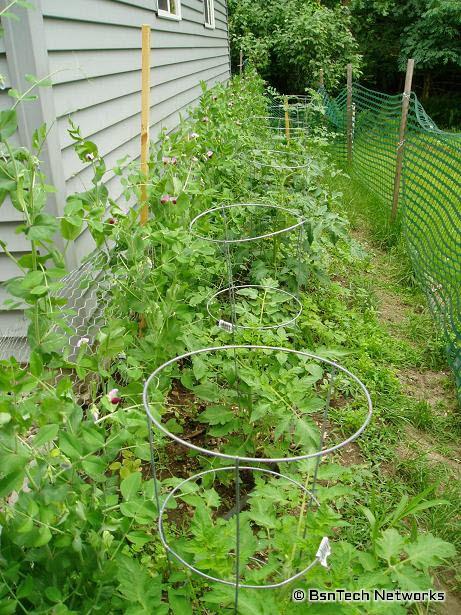 And here are pictures of the lettuce harvested along with the radishes.  A few are really small, but there was one perfectly round one that was at least two ounces by itself. 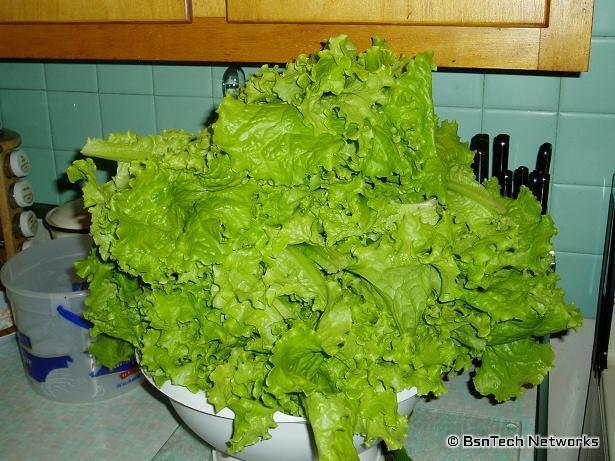 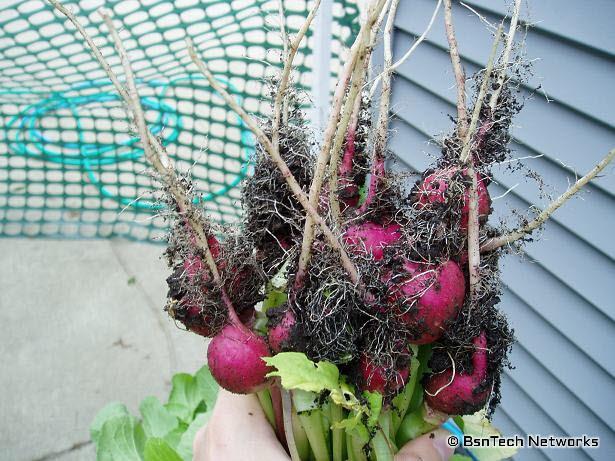 We went to the in-laws on Saturday to see how the garden was growing there.  Unfortunately, it was an extreme disappointment.  They told us that about a dozen potatoes were up and the corn was growing.  I thought maybe they didn't count the potatoes and there were more.  Nope!  There were only 11 potatoes that grew out of at least 80 that were dug into the soil.  For the corn, it was even worse.  The original 42 transplants of corn were still doing great right in the front of the garden, but we planted another 100+ directly into the ground.  Out of those, only 22 came up!  They were also spread very far from one another so they won't pollinate very well.  What I don't understand is this area used to be farmland, so I would have thought the soil would be great for it.  It seems that the soil can take care of the transplants well, but trying to grow anything from seed just didn't work out.  I guess next year we'll have to see about finding what is wrong with the soil and maybe trying to fix it – but then also do 100% transplants instead of seeding them in the ground (although I don't know how the potatoes will work).