Here are some more photos for the week of April 26th.

Here are the peppers and tomatoes coming along under the lights.  There are a few cauliflower and broccoli mixed in that I seeded as backups in case one of the others don't make it. 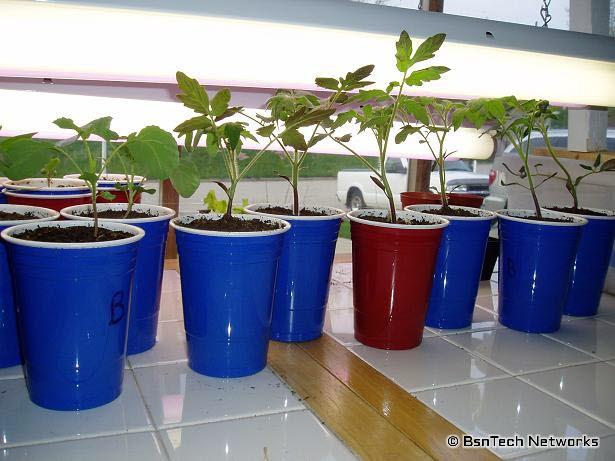 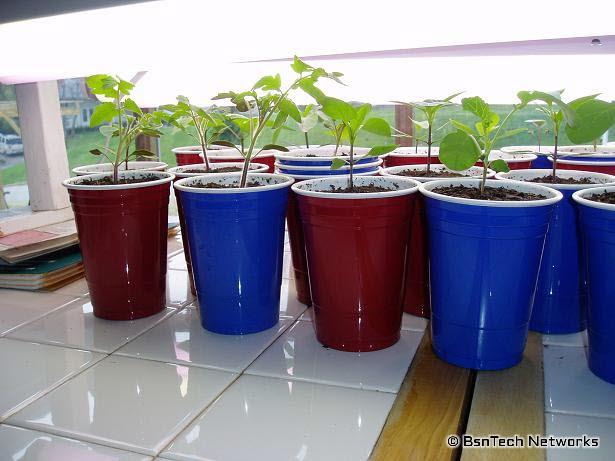 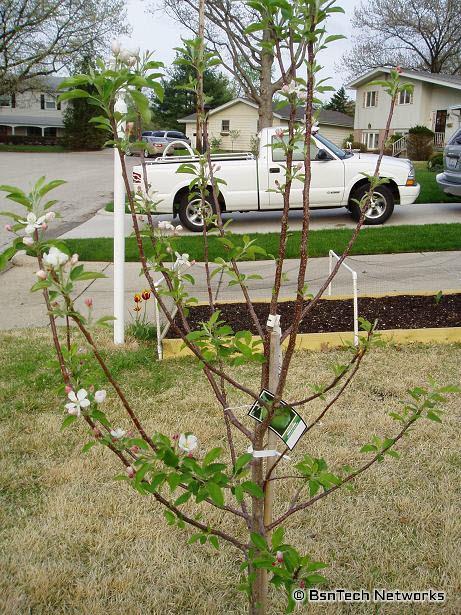 The tri-star strawberries are coming along well!  I had to replace one because some stray cats dug one up.  Luckily I received about 50 strawberries with my order to RainTree Nursery and I have four extras that wouldn't fit in the two pyramid boxes – so I just transplanted one to replace it.  The strawberries are also getting flowers on them, but they will need to be plucked off until mid-June. 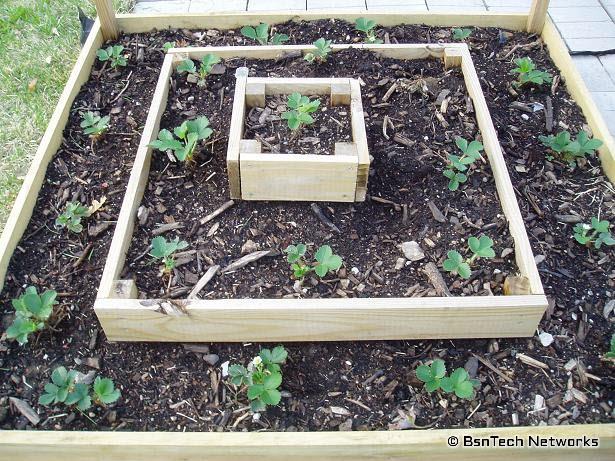 The peas and onions are coming along very well.  I hope that I do not need to move the fencing up a little bit, because the fencing is about two inches behind the peas. 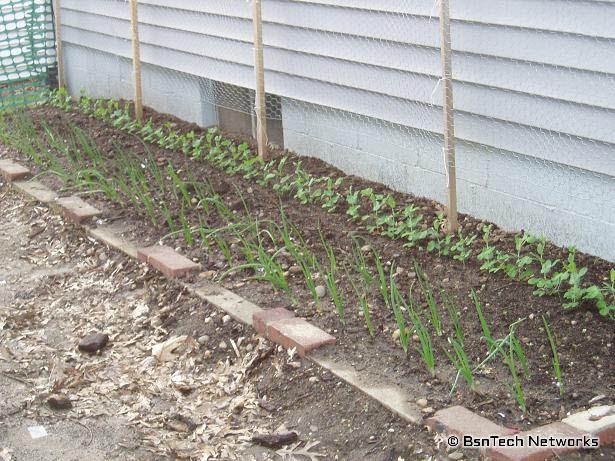 I have two potato plants coming up out of the five that were planted in the 2 x 3 potato bin. 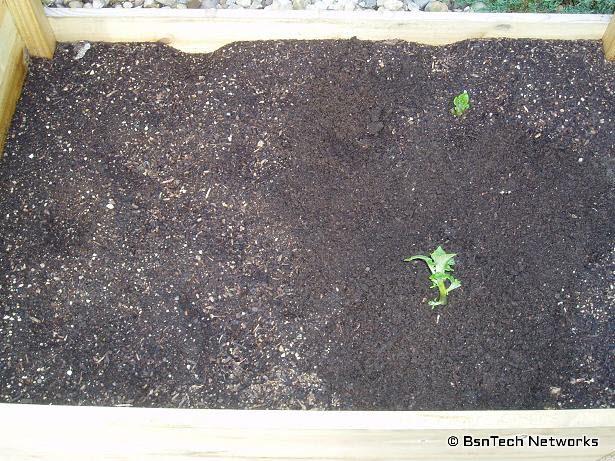 The carrots sprouted over the past weekend.  I counted today and there are 313 carrots that have come up thus far.  That isn't too bad considering I planted around 400 or so. 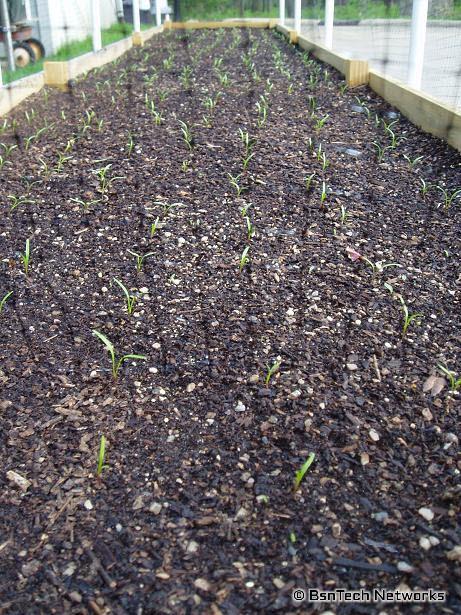 The lettuce has really taken off as well!  This time last week they were still very small, now they are starting to take over the space. 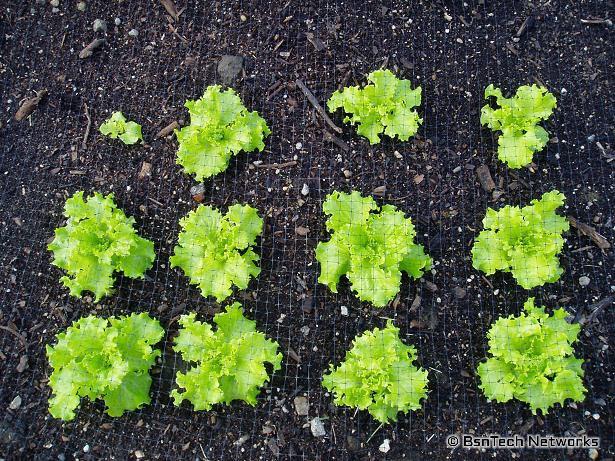 Lastly, the cauliflower and broccoli have taken off as well.  Pretty amazing what a week does. 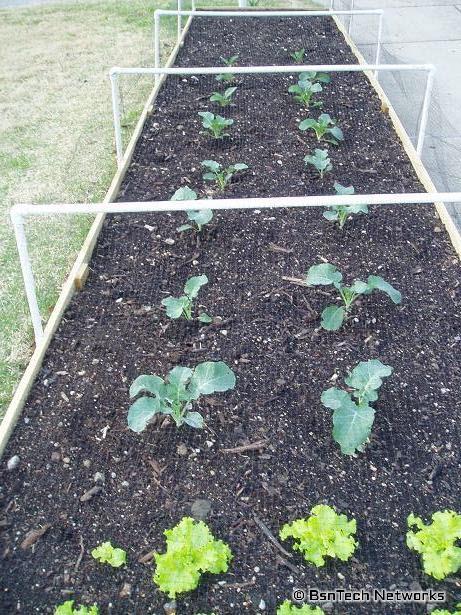 The wife and I also planted 252 Sugar Dots corn today.  Over the weekend we visited her parents.  I worked most of the day tilling a 6 x 40 area and got the Yukon Gold and Kennebec potatoes planted.  I was wore out after all the work and quite the sunburn.  I also wanted to get the area for the corn tilled up, but it just didn't happen.