For this last day of January, it was time to get the garden seedlings started.  Last year, I bought a few bags of a Burpee seed starter mix at Menards while it was on sale – that way I would have some ready to go this year.  Usually, Menards does have their gardening items out on the shelves by this time of year, but I wanted to still get a good price on the seed starting mix.

In year’s past, I usually just went out to the garden and scooped up some soil.  That has worked very well for me in the past and I can’t say there has been any problems with it.  I know a lot of avid gardeners say to never use soil from the garden for seed starting, but I personally haven’t had an issue with it.

The biggest thing for me – water from the bottom, not on the top.  This has greatly  helped me in preventing what is known as ‘damping off’ disease where the seedlings get started – then perish.

I use the black trays as seen below.  I then have some 16-ounce cups with holes in the bottom – so it slowly starts to soak up the water from the bottom.

So, I have prepared the containers for the Ventura Celery – which are the red cups.

This year, I revisited doing onions in one large tray.  I have always done two large trays of onions with the actual black plastic containers that would separate them.  It was very tedious and took up twice the space.  However, when I have mixed all of the onions together (like I am doing again this year), it was somewhat difficult to separate the onion roots.  Guess I will just hope for the best!

I didn’t want to reach out to Fedco Seeds to purchase only one packet of onion seed this year, so I am hoping that the onions will germinate from one and two year-old seed.  The two-year old seed is my favorite standby – Copra Onions.  These can grow to be very large.  They are a yellow onion and if dried properly, they can last for months in storage.

The other onion I tried last year is a purple onion – Red Bull Onion.  That onion seed is only a year old.  I guess I won’t know what kind of onions I get until they start to bulb up in the summer time, but any onions work for us! 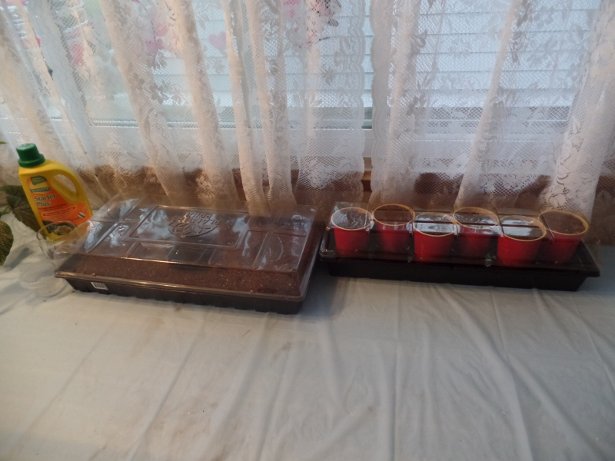 I have had a container of liquid fertilizer for several years – so I got it back out and mixed that with some water when getting the mix started. 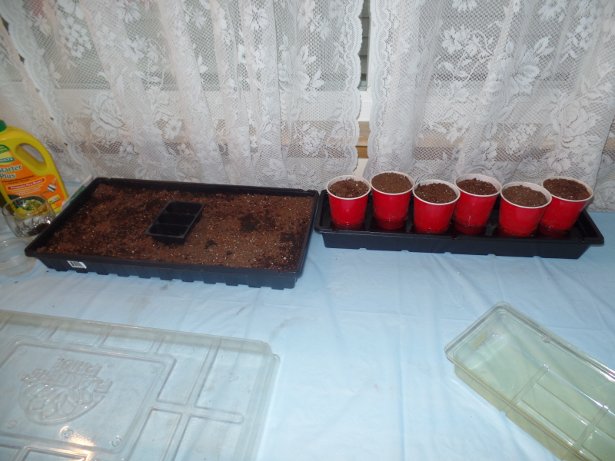 With the Ventura Celery, I didn’t sow them right away – but will be doing that tomorrow.  I always soak them in a little bit of water before hand.  I also did the same with the onion seed, but I only let them soak for a few hours.