It was a great Easter weekend for transplanting some of the veggies out to the garden.  That also means a 50% reduction in the power usage in the germination station.  I setup four fluorescent light fixtures this year (usually do five) and after moving items out, I was able to shut off two of them.  Sometimes I wonder with the fact that the lights run for 13+ hours a day for three or more months if it would be less expensive to buy the plants as opposed to spending the amount on energy usage.

Anyways, temperatures got to over 80 degrees on Sunday and were in the 70’s on Saturday.  I spent most of the day outside on Sunday transplanting and also cleaning up the yard a bit – such as doing the first mowing of the year.

This year I’ve opted to not plant any carrots.  In the year’s past, I’ve planted a lot of carrots and then they mostly just go wasted by the time they sit in the freezer.  The problem with the carrots is that they seem to be mushy when you get them out of the freezer and thaw them out.  I’m not sure how the big veggie companies can freeze their veggies and still keep the carrots crisp when they are cooked.

So instead, the lettuce and some onions were planted in the carrot bed this year: 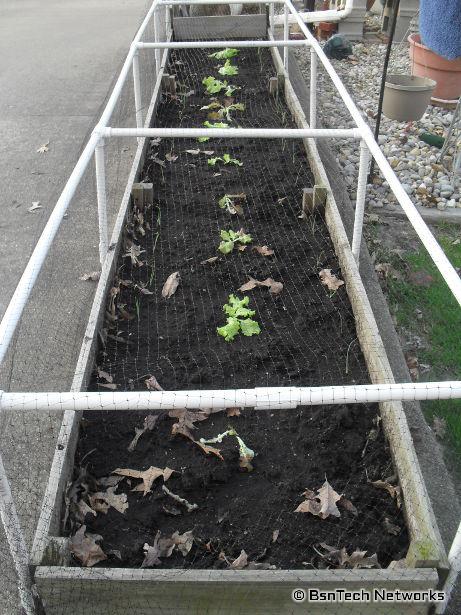 The onions are planted on either side of the bed above – very hard to see since they are still small but look like little twigs.

Since the lettuce was moved to this area, that leaves the garden bed by the patio available.  So the celery was planted here along with the bulk of the onions.  When mowing the garden, a lot of dead grass was bagged up (since we have the Zoysia grass that likes to hibernate for 8 months out of the year).  So it looks almost like straw, and this was put around the celery to help hold moisture in. 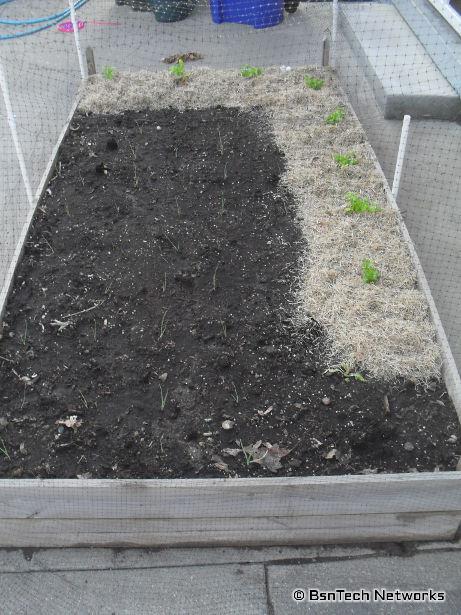 Over beside the house, the peas are coming up.  They were planted a couple of weeks ago. 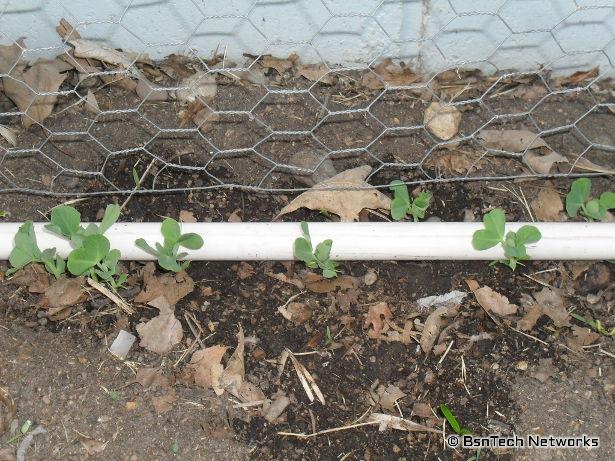 I also planted several broccoli and one cauliflower in the side garden as well. 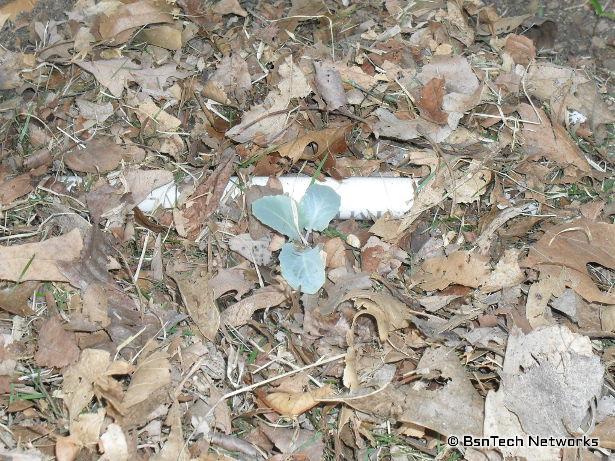 And here is the view of the side garden.  PVC pipe for the irrigation is already in place and this garden bed is all ready to go! 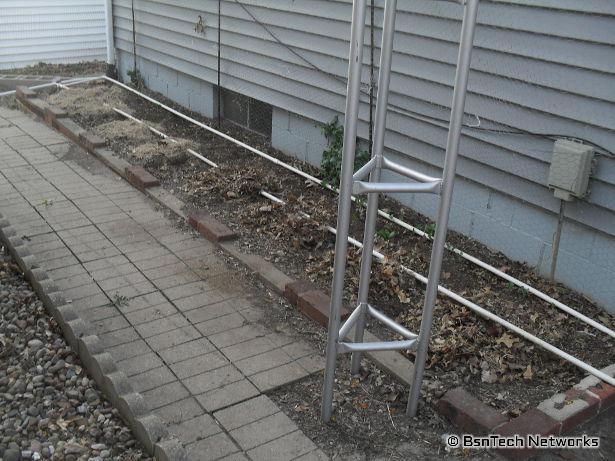 I still have some more broccoli and cauliflower to plant – and those will have to go in the front garden.  I don’t want to put up the fencing just yet, so I am holding onto those a bit longer.

Finally, I am starting to have some doubts about the potatoes that were planted.  It still is a bit early yet, but some of the potatoes that were left in the ground from last year have already come up and are full of leaves.  I saved some seed potatoes from our batch of potatoes last year (since we didn’t eat them).  Those were all planted a few weeks back – and not one of them has come through yet.  So this will be an experiment to see if the potatoes that I saved will work.  If not, then I know they need to be purchased each year.