It still has been incredibly hot here in Central Illinois and today was no different.  It is about 96 degrees outside with a heat index of about 105 degrees.  But, that didn't stop me today and yesterday because I had to get things done!

The front garden needed to be cleared.  At the beginning of this week, the cauliflower was all pulled up.  Yesterday (Friday), I needed to get all the broccoli pulled.  With the heat we have had recently, I didn't expect to get many side shoots of broccoli so I decided it wasn't worth keeping them in the garden to take out more nutrients.  So, the broccoli plants were all taken out of the front garden.

Now the front garden is 2/3 bare.  The peppers and green beans are the only thing left.  Speaking of peppers – I uncovered a nice looking pepper while pulling some green beans! 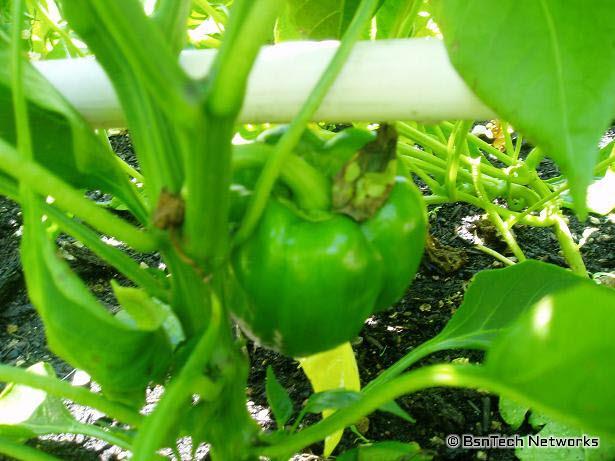 For the green beans, we got about 13 ounces out of the plants that are currently in the garden.  This was the first picking of green beans.  There are also a few strawberries that were picked today as well.  We keep getting them in 3 – 4 ounces a few times a week. 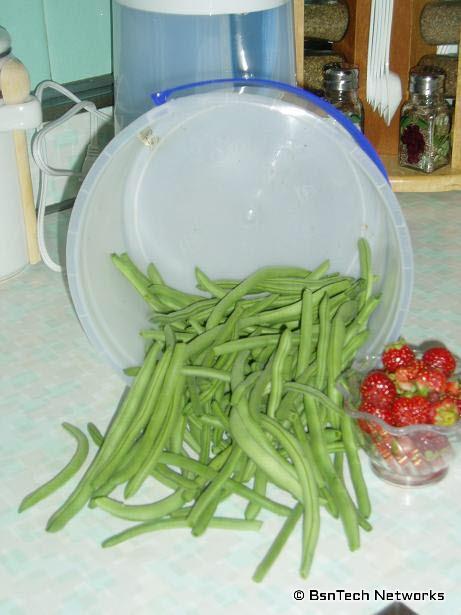 While everything was tore out of the front garden, I also took the opportunity to re-seed in more green beans where the cauliflower and broccoli used to be.  I also backfilled some spots where green beans didn't germinate previously.  During that process, I also decided it was time to re-do the irrigation system.

Since the front garden is on a bit of a slope, the irrigation system doesn't do well unless it is as level as possible.  So, I got out some twine and had to string up the PVC irrigation system to the overhead supports to try to level it out.  This still didn't work out very well.  I also then discovered that by running one faucet for both the front and back gardens, there just wasn't enough water pressure.  So, the top part of the front garden only got dribbles of water and the bottom part – at the bottom of the hill – got streams of water through the 1/16 inch holes drilled into the PVC pipe.  A lot of this water was then escaping the raised bed and a stream of water was flowing down the driveway to the road.

Therefore, I am just going to have manually water the front garden using a timer.  The back garden will stay on the automatic timer, but the front garden will use the spigot in the front yard and I will just have to turn on the timer to run for 10 to 15 minutes manually everyday.  This timer was only $8 at the local garden supply store.  The automatic water timers are about $28.  With the front garden on its own spigot and the water lines leveled out a bit more, the front of the garden is getting a better stream of water.  I took a picture of it in action (showing the big bare spot in the garden too) and although it is hard to see, there is a nice stream through all of the holes now. 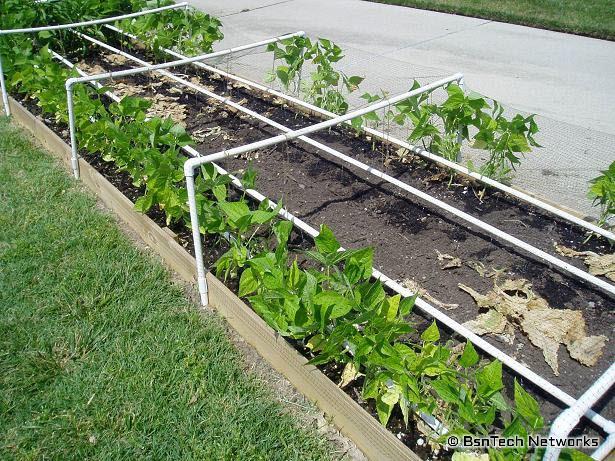 Now for some other pictures.  My wife took a picture of the strawberries and they are looking very nice!  They are putting on more flowers so we'll continue to get strawberries!  The roots must be getting better because the strawberries growing now are at least twice as large as those that were harvested up to this point.  That is what I like about the tri-star everbearing strawberries – they keep producing all season long instead of just giving you one harvest and stopping. 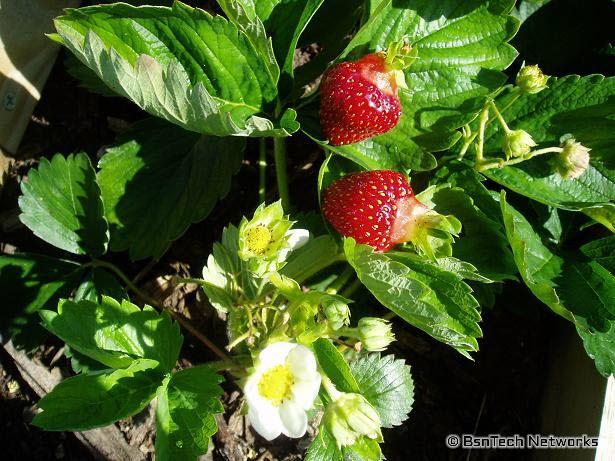 The grape vines have really grown as well!  They are now almost up to the top of the grape arbor.  I'll admit, I had my reservations and didn't think they would get to the top this season, but they did! 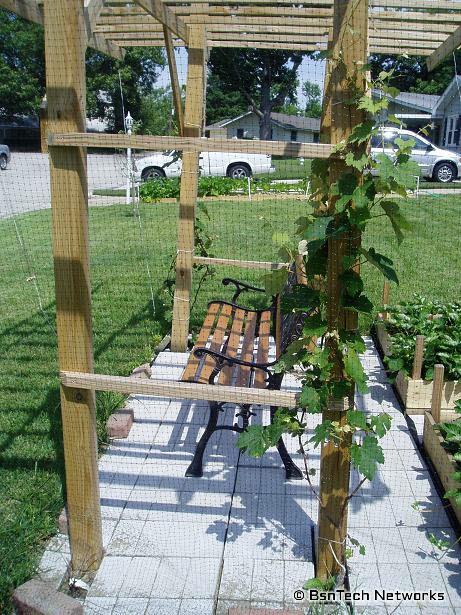 And look what we have here!  Each of the two grape vines have a small cluster of grapes each on them. 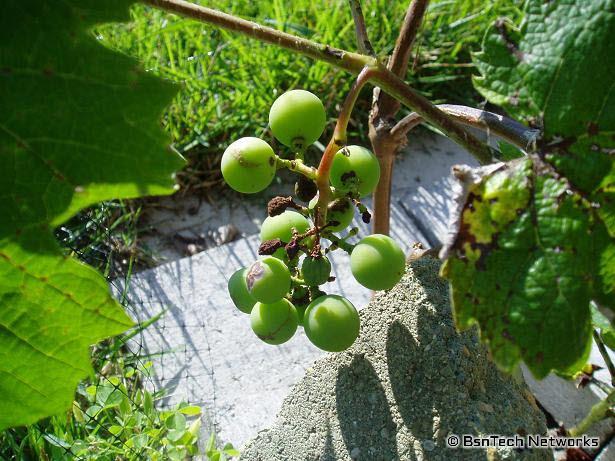 Stay tuned for next week!  I'm hoping we'll start to see those green beans come up in the week that were planted outside.