So I was pretty embarassed when I went up to the local Menards today to pick up some rebar.  Last week I purchased the rest of the foundation blocks I needed for the foundation block retaining wall project behind the garage because they were on sale at 99 cents each instead of the usual price of $1.25 each.  During the process, I thought maybe the rebar would be on sale as well.  Nope, it wasn't – but I went ahead and got it all purchased.  I needed five additional pieces of rebar and a 20-foot section was $4.29.

With the five pieces, I will get seven pieces out of them – all approximately 34 inches in length.  The goal with these is to put one in each of the squares in the blocks to hold them in place.  I wanted to do this so I can use the squares in the blocks to plant one onion in them and so the wall can be taken down at a later date – if so desired.  If I used concrete to fill those squares, it would make it more permanent and I'd lose space to plant 40+ onions!

So I went up to the store to pick up the five pieces of rebar – with a hacksaw in hand.  I pulled all of the five pieces out and started to cut one about 8.5 feet long so they could fit in the car.  It took me at least 15 minutes to make this single cut with the hacksaw – and when i was done – the hacksaw blade was a complete goner!  So, word of advice – do not use a hacksaw blade to cut rebar because it just shreds the teeth to nothing.  It was literally smooth where the teeth used to be – with no sign of teeth even existing!

So I only could take home the rebar that I was able to cut – and had to put the four other pieces back to pick up at a later time.

I got home and decided to search on how to cut re-bar.  I came across a few sites and everyone had their different opinions (of course).  Some recommended to use a hacksaw or sawzall – but these two definitely will not work if you need to make more than one cut.  The blades will be worthless.  Others said you need to get a diamond blade to cut rebar.  Then others said to use bolt cutters (tried that last time I was at Menards and the guy couldn't get it to budge) or even an angle grinder (this is what the guy at Menards used after the bolt cutters didn't work).

So, I got the skill saw out and put the masonry bit on. 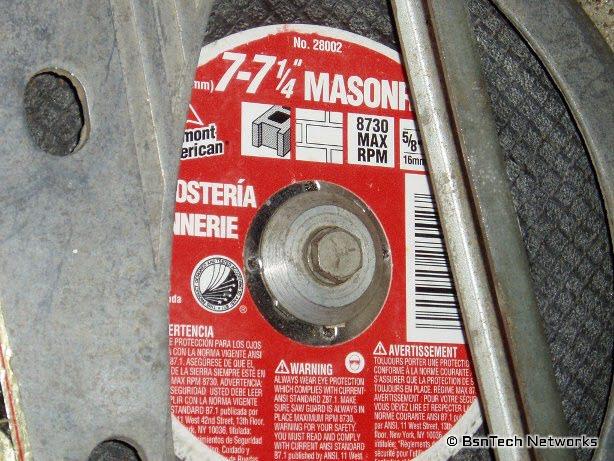 Then I measured a piece to find where the length was that I needed. 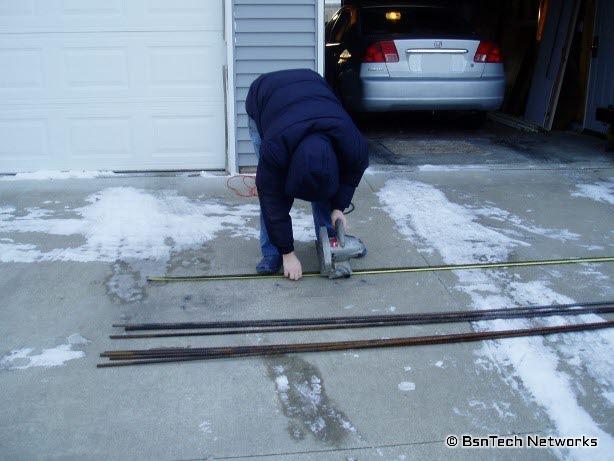 And then I started cutting! 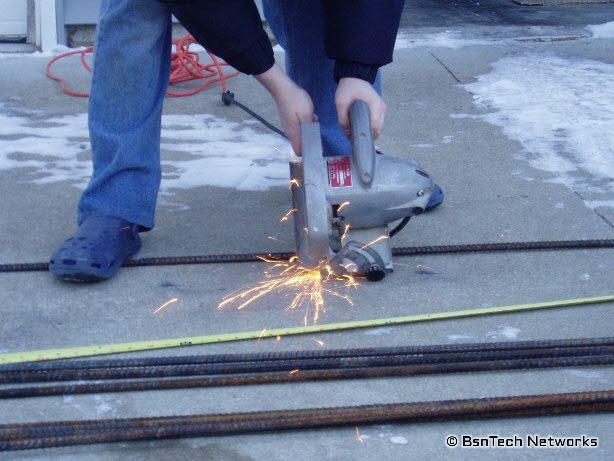 After a lot of sparks later and about 45 seconds, I stopped as I was a little more than 1/2 way through the rebar. 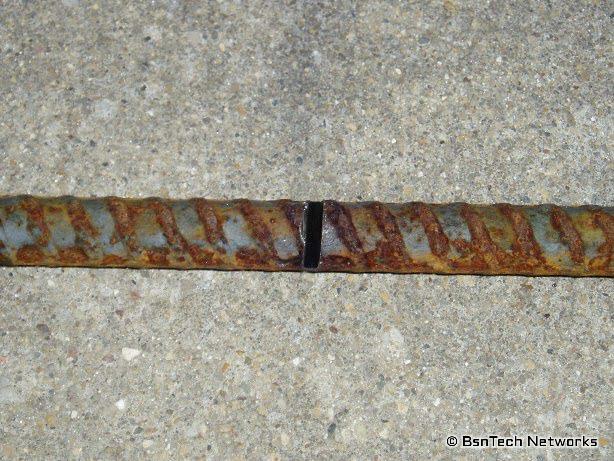 Rebar is pretty brittle after it has been cut.  After this cut, I turned the rebar over, put a foot on one side, and pulled up on the other side and it snapped in two right at the cut.

After making the additional cuts on the one piece of rebar I was able to bring back home, I thought – "I found the solution!"  I went back up to Menards and picked up the other four pieces of 20-foot rebar – taking the skill saw and an extension cord with me to cut it on-site.  The 20-foot rebar – if left uncut – would have drug on the road all the way home – and that definitely wasn't acceptable.

I got back home and 20 cuts later, I now have 35 pieces of approximately 34" length rebar. 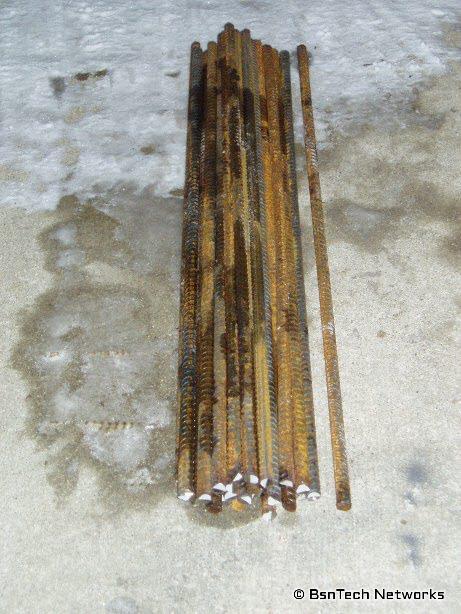 4 thoughts on “How to Cut Rebar”