Just got done picking another round of lettuce from the garden this evening!  I’ve only picked about 1/3 of the lettuce so far today as it is getting washed right now. 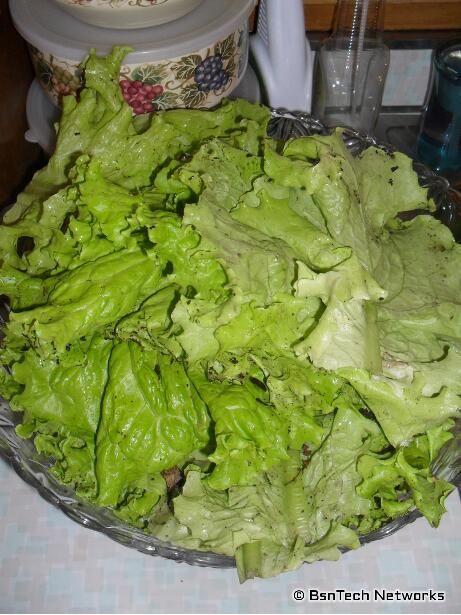 There still is plenty to pick as this photo shows: 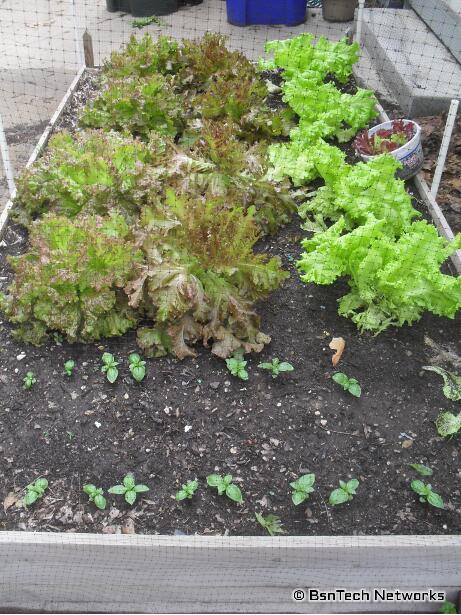 You’ll notice at the bottom that the sweet basil has sprouted and is doing well.  It sprouted about two weeks ago and it is starting to take off now.

The carrots are doing fantastic as well – although there are some weeds that I need to get out of there. 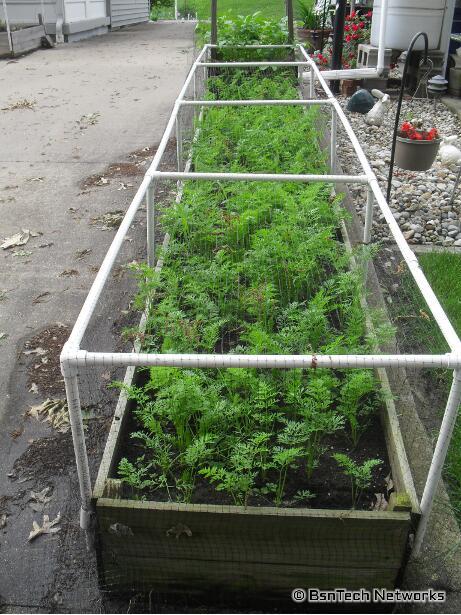 Over in the side garden, the potatoes are doing very well.  The Cascadia Snap Peas are leaving more to be desired this year.  I certainly would have thought that with it being cooler than average this year – that the peas would have been doing better. 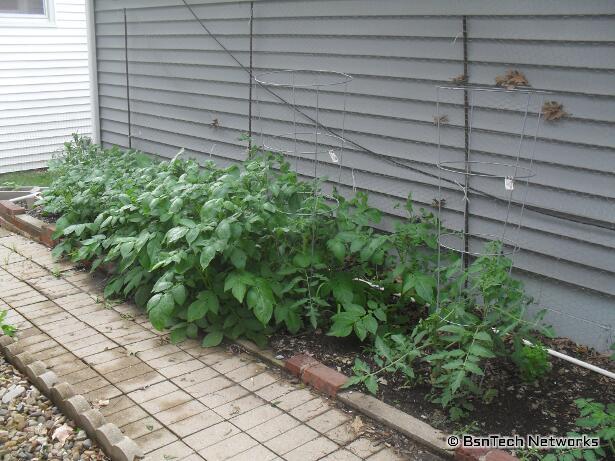 Behind the garage, it is the same story with the peas.  They are doing better back here though – compared to against the house.  That is just backwards compared to how it has been in previous years.  That tomato plants are struggling to grow well in this cool weather as wel.  I did have to buy a f ew more tomato cages this year because the ones I had previously were too small – and in very bad shape. 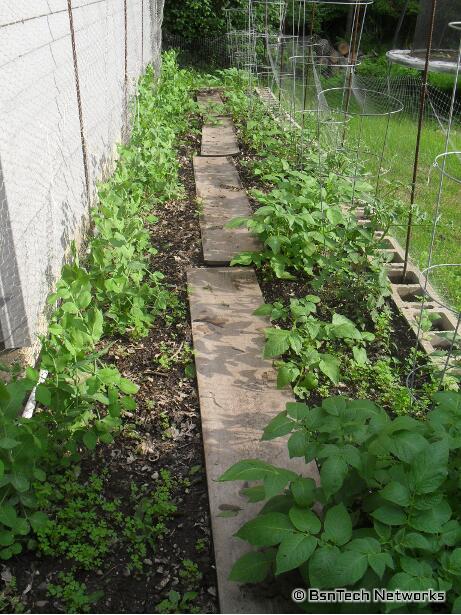 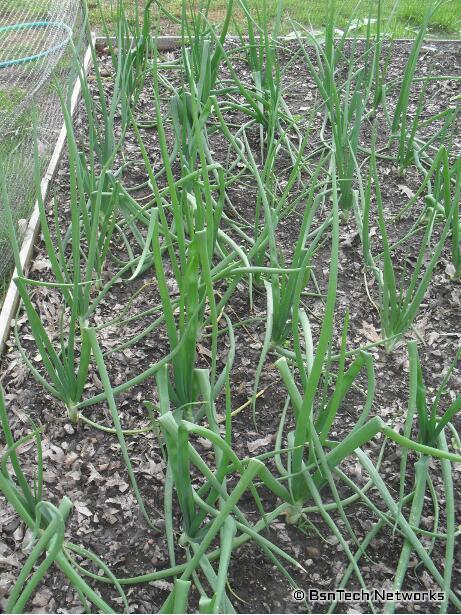 Speaking of onions – look what I found down by the garden bed by the road!  A very TALL onion!  Apparently I must have missed one last year – and those puppy has sprouted up.  It appears that it is going to put a seed head on it – although I’m not sure if I will want to save the seed from the plant or not.  I might save some if I can – and just see what happens with it. 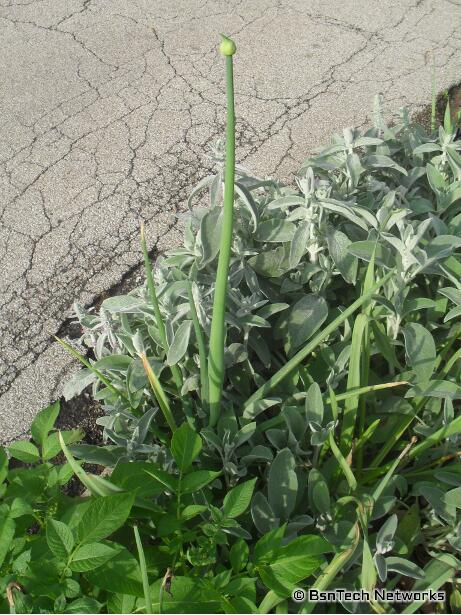 The rest of the front garden is looking pretty miserable actually.  The cauliflower and broccoli plants just didn’t take off very well.  Heck, I may not even get much of an broccoli this year.  Out of six cauliflower, only two of them have curds on them.  At least it looks like the green beans are growing well.  The California Wonder peppers are not looking too great either. 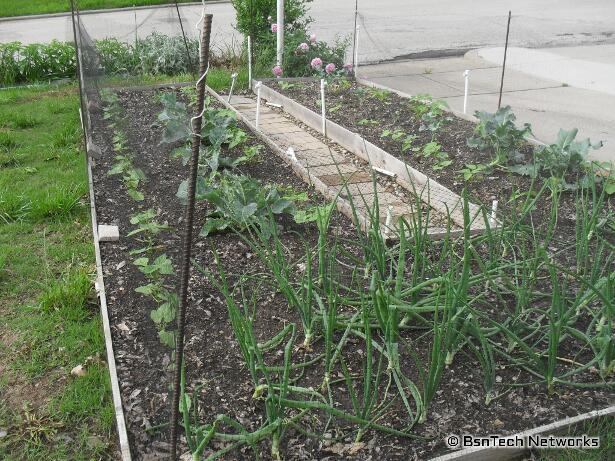 Here is a closer picture of one of the Snow Crown Cauliflower curds. 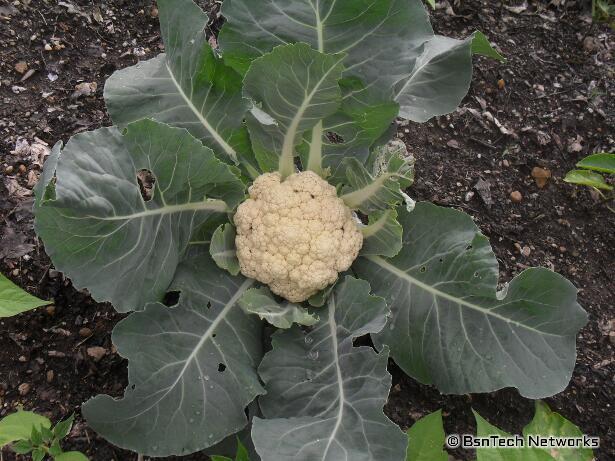 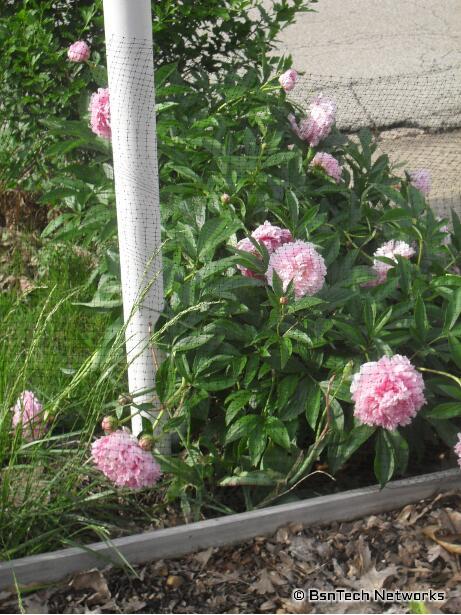 And down by the road – the potatoes really like their new environment.  I’ve not covered them up yet – so here’s to hoping that the deer will leave them alone! 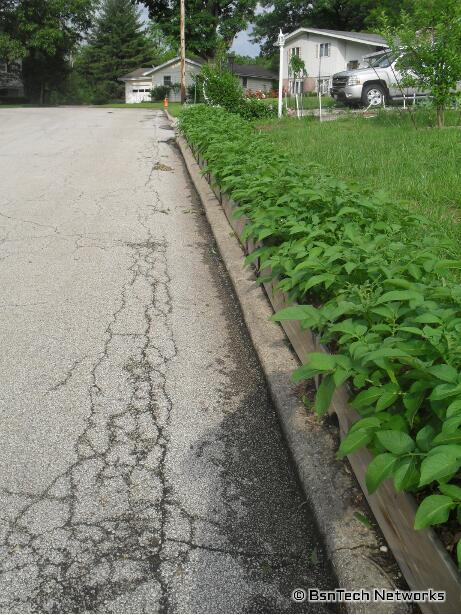 And lastly – the Ventura Celery.  They are growing well.  I also re-planted some Easter Egg radishes in place of those where I pulled some a couple weeks ago.  They are also growing well.  I did leave a few radish plants in from the previous planting – and need to thin them out.  I wanted to keep a few so they would put on some seed pods for me. 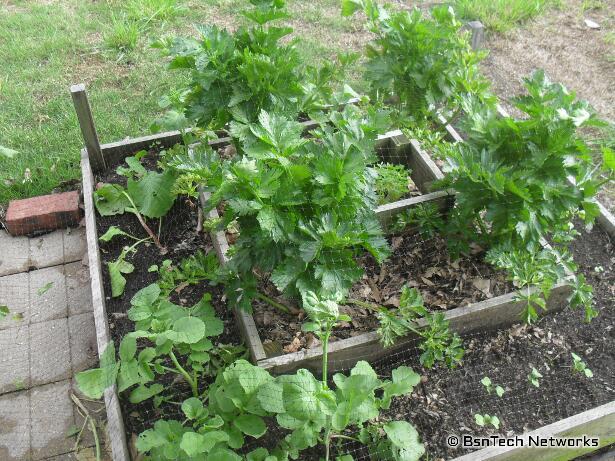 It has been a very crazy year.  The year has been blessed with rain though.  Just today, we had another storm come through that really put down a good pouring of rain.  Last night it was the same way.  We seem to be getting rain every three to four days on average.  I’ve only had to water the garden a few times – but nature is taking care of it for us!  It is nice to have a completely full rain barrel system on standby – but with the rain on a good basis, it certainly saves me at least an hour – if not more – per week of my time with no watering.