Nope – I certainly can’t do any gardening outside when it is going to be -1 degree out tonight – and with six inches of snow on the ground!  The carrot bed in the background of the image below – and the herb/lettuce bed in the foreground are fully covered!  Luckily we have a snow blower so I had to wake up early this morning and clear the huge driveway – and then do it again when I got home today. 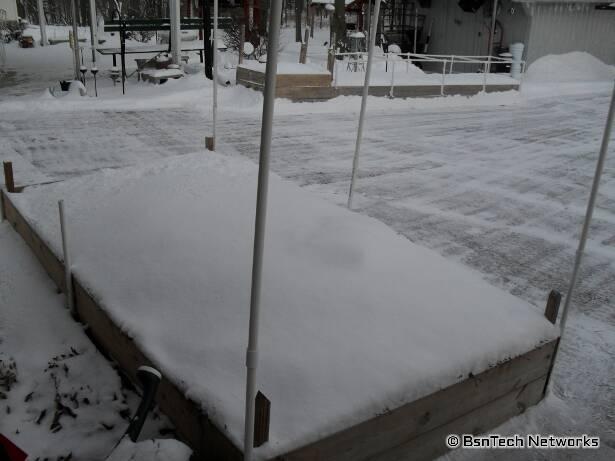 And the garden behind the garage. 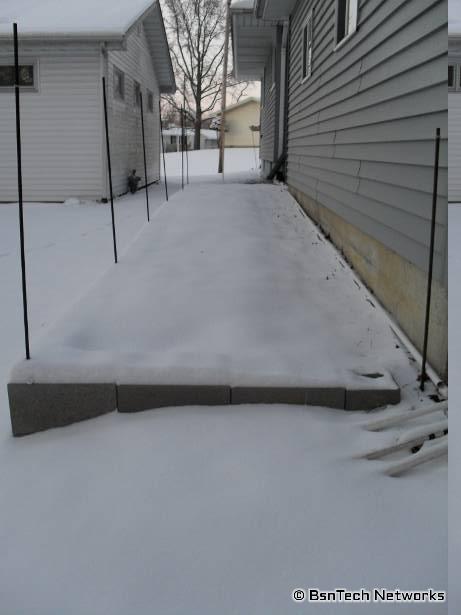 And then there is the front yard. 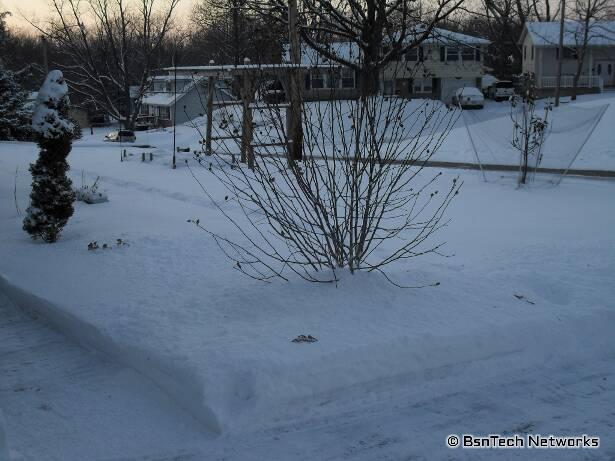 Now, it is a different story down in the basement at ‘germination station’.  Monday – I was the proud recipient of a UPS delivery.  This box weighed quite a bit – certainly it couldn’t be seeds. 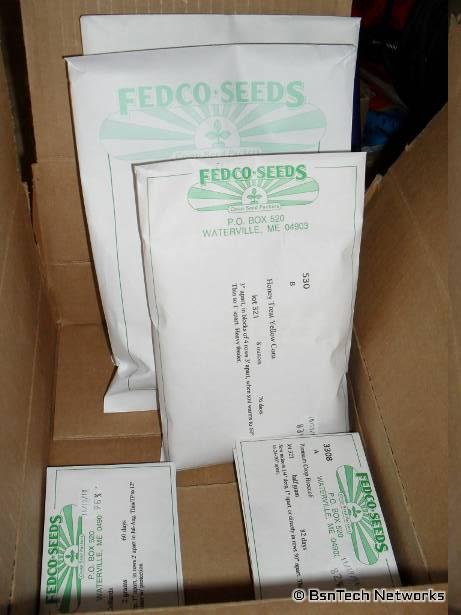 Oh my!  It is seeds!  Look at those HUGE packages back there!  The one in front is Honey Treat corn.  This is the last year that FedCo Seeds will be selling it.  It is a new variety that I’m trying this year – mostly because it is one of the first to mature with large ears.  So I am going to give it a go.  That is an 8-ounce package of seed.  Behind that – I have a 1 POUND package of Cascadia Snap Peas (also new this year) and a 1 POUND package of Bush Blue Lake 274.  I didn’t know there would be this much seed honestly!  Hopefully I can baby the seed because it should last me 10 years – and that is without saving seed.

In the front, there are two piles.  One of them is for a friend that I work with that wanted me to order for him – so it saved on shipping.  The other pile is additional things I’m trying this year.  Here is what I got:

Unfortunately, I also ordered Varsity Onion.  It sold out.  So, I had to send back the form with $2 for shipping to order Copra Onion again.  I simply do not have enough onion seed this year – I might have another 30 – 40 seeds – when I need 100 onions.

A show on our local PBS station – called Illinois Gardener – answered one of my e-mail questions on the show last week.  I e-mailed asking when onion and celery seeds should be started inside.  They answered by saying it was almost time to start them now – end of January to the beginning of February.  Last year, I waited until about February 11th to begin planting onions and celery – then did later sowings into March as well due to damping off and other problems.  This time, I will be starting the rest of the onion seed I have available in the next few days – and will also be starting another batch of 12 Ventura celery seeds.

I started growing some celery and onions back in December to test seed viability.  So far, those plants are still living and doing well.  As long as I can keep that up for another three months to be set out in mid-April, I’ll be ready!

I also planted another batch of 12 Ventura Celery at the beginning of January.  Just like I indicated last time, celery seed MUST have light to germinate and grow.  I had horrible germination with celery seed last year – and that was because I was covering them with a little bit of soil.  To germinate celery seed, I fill up some growing containers with soil and then I place them in a black tray with water in it.  The water will wick up into the soil over a period of 24 hours and fully saturate the soil.  Then, the celery seed is placed right on top of the soil and very lightly press the seed into the soil to make good contact.  Then place a clear plastic lid over the top of the entire tray – and leave it that way until your celery germinates.  This locks in the moisture and helps keep the seed moist and then it germinates!

Out of 12 seeds that were planted at the beginning of January, 10 of them sprouted!  So I have more than enough to plant outside right now – but I am going to make another sowing of 12 just to have enough in case any don’t make it.

Here is the “germination station” downstairs.  The onions are now a month old.

And the celery that is a month old: 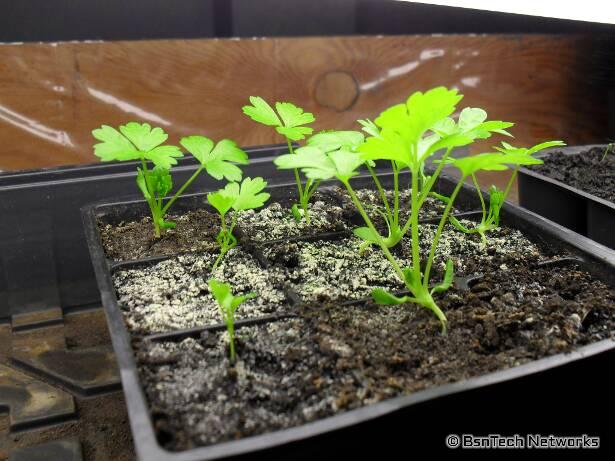 And lastly, here is a look at the celery that was planted within the past 20 days.  Note that it took between seven and 15 days for these to germinate – so they are very new.  The larger celery and the onion below were transplanted to the larger containers – but the small celery are just behind those. 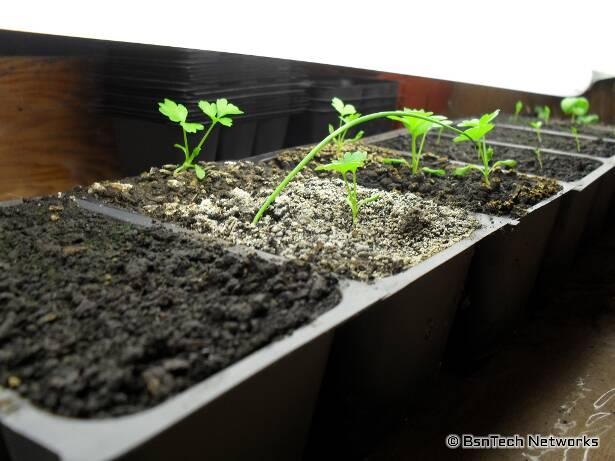 Well, that is all that is going on currently in the gardening area.  I am hoping for an even more successful year – as long as the weather cooperates and it isn’t as hot as it was last year!