It is unseasonably warm this week – and has been in the high 70’s to low 80’s.  It is to continue next week as well.

So, it was time to get some things planted outside.

About 308 Cascadia Snap Peas were planted behind the garage and next to the house by the chicken wire fencing.  Here is the back garden all ready to go: 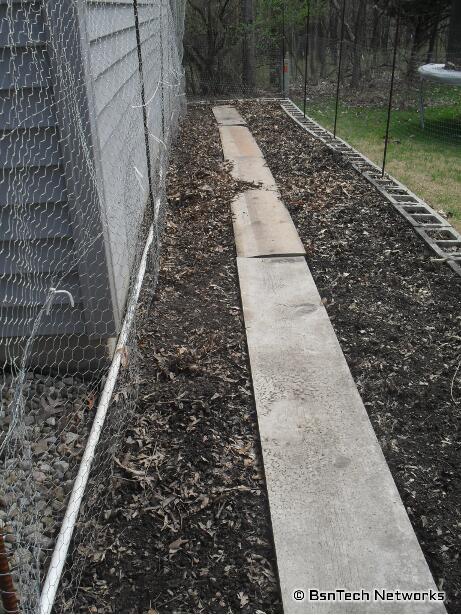 In addition, the 11 Ventura Celery plants that have been downstairs under the ‘germination station’ were all planted in the front garden – all one foot apart.  I gave them a little bit more room this year – and we are not planting nearly as much since it went unused. 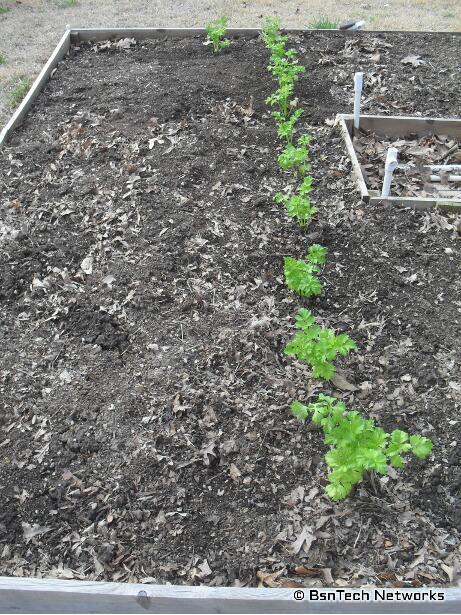 I also got all of the rain barrels connected up and so they are ready to go.  We got a little bit of rain last night – amounted to maybe 75 – 80 gallons of water total – so not a lot of rain.  But, it allowed me to ensure there were no leaks in the system this year – and also flush out the dead algae. 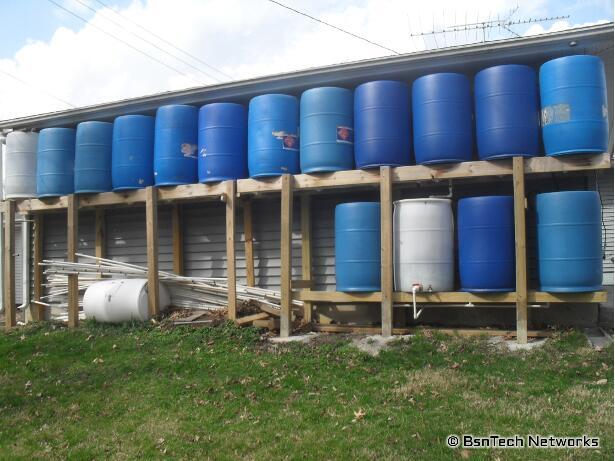 Next, I got rid of the soil in the large tote container that the Anaehim Hot Peppers grew in last year.  It was mixed in with the patio bed.  The Oregano overwintered very well and is adding more greenery again. 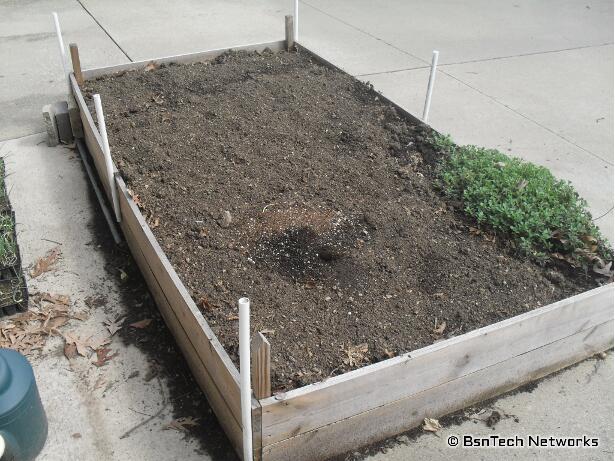 Next was looking at the strawberry pyramids – but I think they are well past gone.  Well over half of all the strawberries are now dead.  I just hope that there will be enough runners this year from the other Tri-Star strawberry plants to backfill the dead areas. 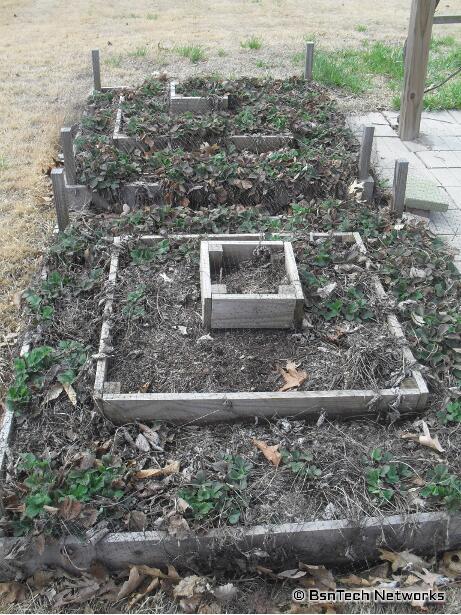 At least we have some nice-looking daffodils in the bed alongside the road! 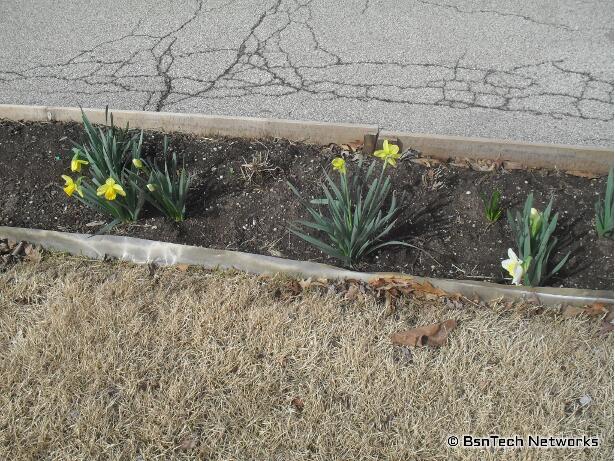 And the Granny Smith apple tree also has some small leaves starting as well.  I’m going to have to get the netting back out to put around the tree to keep the deeer away. 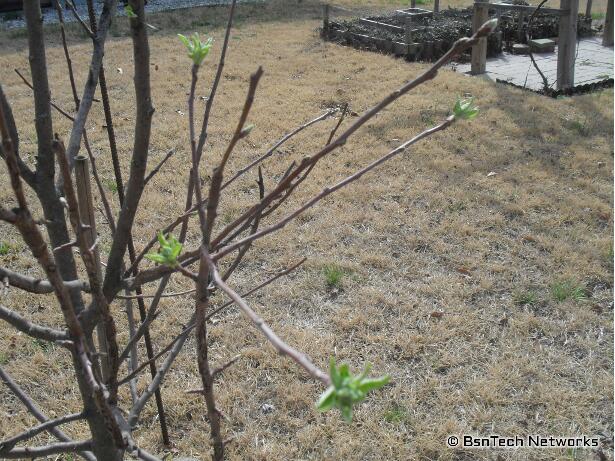 And this then leads me to the final picture of the post – the grape vines.  Last week, I severly cut the grape vines back.  One of the grape vines (flame bunch supposedly) has been taking over the grape arbor and the concord seedless vine has been growing much slower.  So most of all the vines were trimmed way back.  I also had to get the grape arbor straightened back up – as it was leaning on one side (a little bit of concrete and it is good now).

Well, I was in shock when I went out to look over the garden yesterday – and I saw several places where the grape vines were dripping water!  Wow – it was almost like the vines were nothing but a big straw from the ground and there was a pretty good drip of water from the vines.  The water was dripping from where I had pruned them just the week before.

Because this year has been unseasonably warm, I pruned too late in the season.  Finally when I went out there today, it seems like some of the pruning joints have “healed” by sapping over.  Below is a picture of one of the larger cuts that I made.  Kind of hard to see since I couldn’t get the zoom to work right. 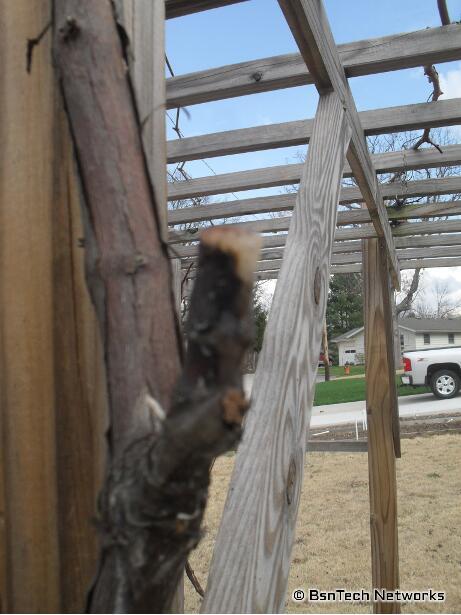 There is a somewhat transparent sap that has formed over the cut.  But, there are still at least a half dozen other places that are still dripping water.  Hopefully they will heal up soon as well.