Over last weekend, it was time to pick all of the potatoes!  However, we are not impressed with the result – but we will take what we can get!

On Saturday, I pulled all of the potatoes out of the potato bin on the driveway along with the two rows of Yukon Gold potatoes.

In the potato bin, there were six Kennebec potatoes that yielded just over four pounds.
As for the Yukon Gold potatoes, there were two long rows of plants – probably 44 or more in total.  Only 15 pounds were obtained from them.

On Sunday, I then got outside about 7:30 AM when it was very nice out and worked for two hours digging up the last two rows of Kennebec potatoes in the back.  There were 66 Kennebec potato plants in the back garden – and they yielded just over 28 pounds of potatoes.

Here are the Yukon Gold potatoes that were harvested.  They are all cleaned and ready for eating. 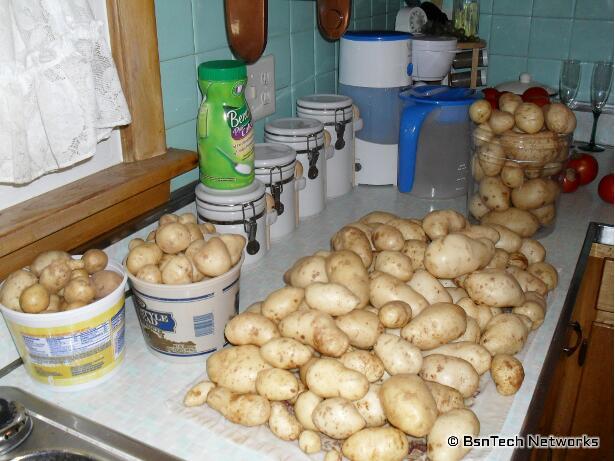 As for the Kennebec potatoes harvested on Sunday: 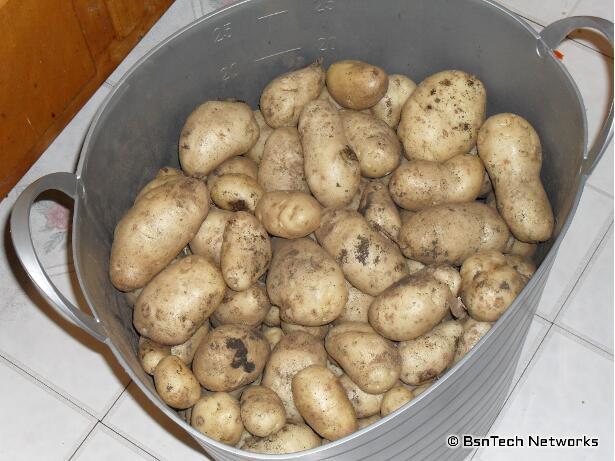 The potatoes were all planted about eight inches apart this year.  Last year they were planted a foot apart.  So, there are a number of factors that I need to figure out:

There is a rumor that says if you use small seed potatoes, you’ll get less of a harvest.  Last year we did get larger potatoes and cut them in pieces – but this year I opted to get smaller ones to get more ‘bang for the buck’ since we paid by the pound.

So, the back garden was transformed from this: 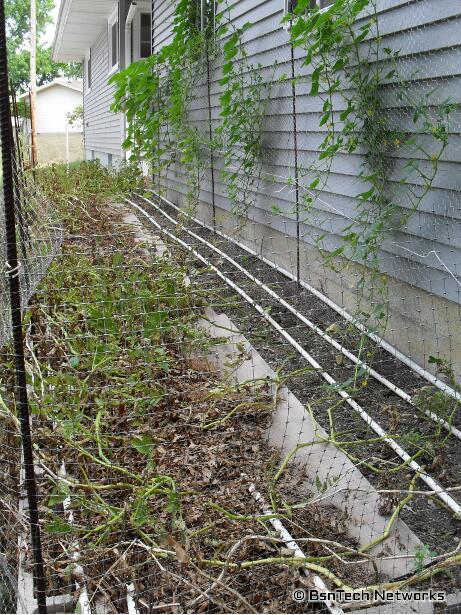 To this after everything was picked: 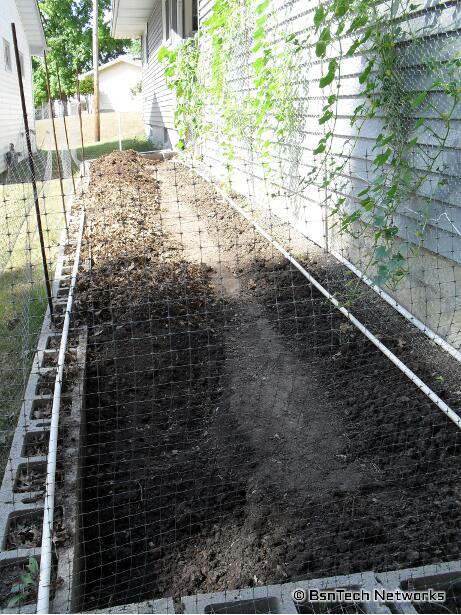 Looks much cleaner now!  The cucumbers are still doing OK – and we finally have some cucumbers on the Little Leaf H-19 Pickling vines!

While picking the potatoes in the potato bin, I pulled up a couple of Sugarsnax carrots that are just beside the bin.  I was not impressed.  All of the carrots have been harvested by now for the past two years – but this year they will stay in the ground for much longer. 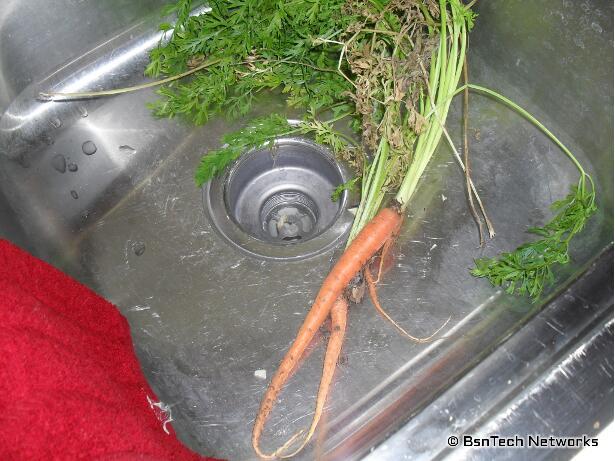 Those carrots look bigger than they are; they are simply tiny!  I noticed this year that the green foliage of the carrots simply were not growing up against the netting that covers the carrot bed.  In previous years, they were pushing on the netting to try and get more room.  Not this year. 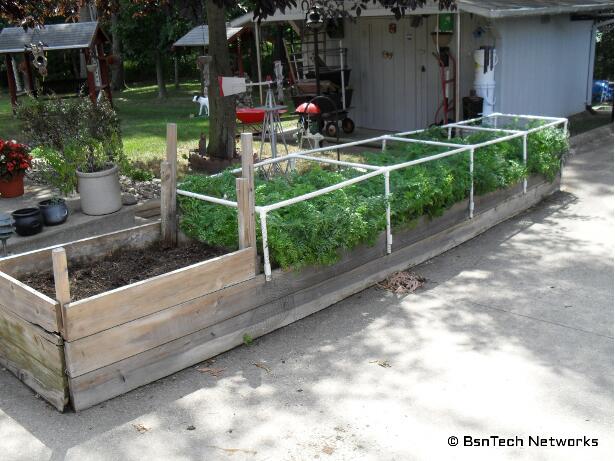 Just a few days before, we had been inundated with tomatoes.  We were averaging at least 15 pounds of tomatoes every other day last week!  So, we got out the jars, canning necessities, and made some salsa! 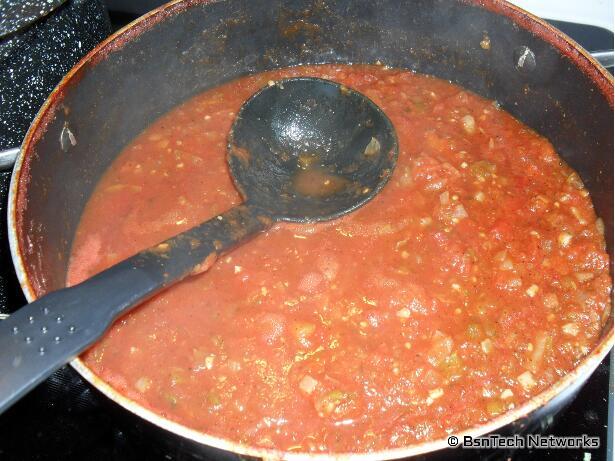 We made exactly 8 jars of salsa using this recipe:

We were a bit lazy this year with making the salsa – and the salsa is much chunkier.  Still, it took a good four hours to finish the salsa.  The salsa needs to sit in a bath canner for 30 minutes and then by the time we cut everything up, peeled the tomatoes, and cooked the salsa, it takes a while! 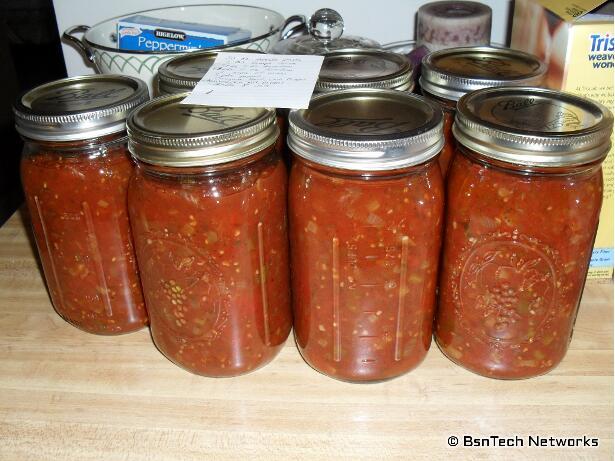 What else did we do while making the salsa?  Well, it was time to start the next batch of wine!  So, the new batch of wine was also started. 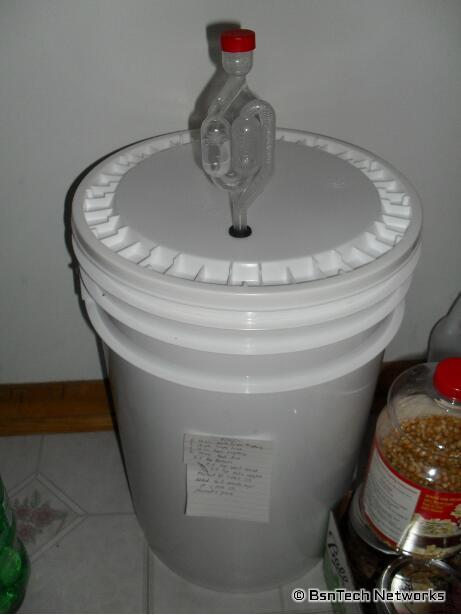 Not much to see there – but today is the day I need to take it out of the primary fermenter and place it in the secondary fermenter.

So – what did we use to make the salsa?  Well, here are the harvests from last week that we used.  We had A LOT of tomatoes. 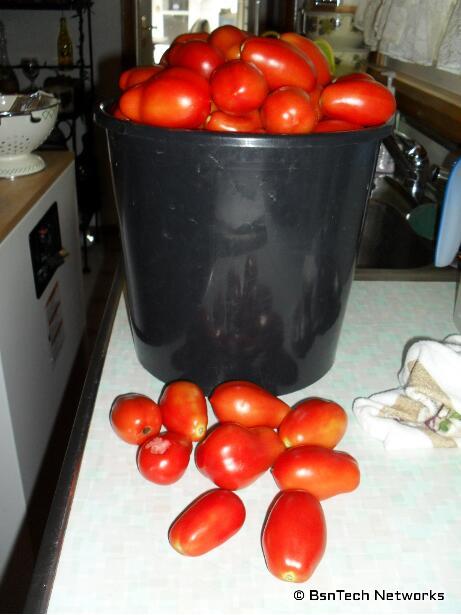 And that is not all! 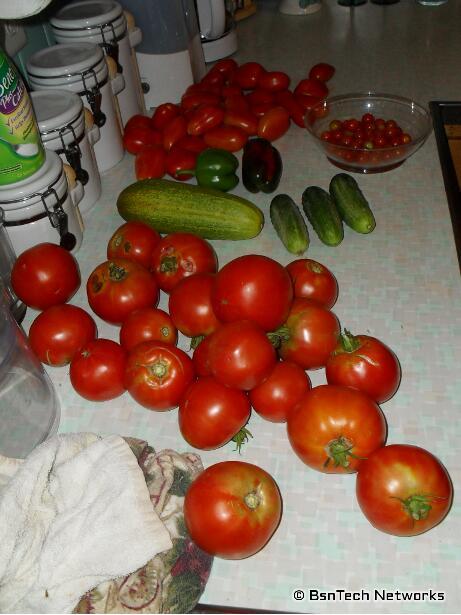 You can see a couple of California Wonder peppers in there along with some Burpee Pickler cucumbers as well.

Well, four more pictures to share.  I’ll just run through the front garden real quick showing the tomatoes – and then the row where the corn was – which is now planted with Bush Blue Lake 274 green beans.  I think they were planted too late – but we’ll see if they produce anything. 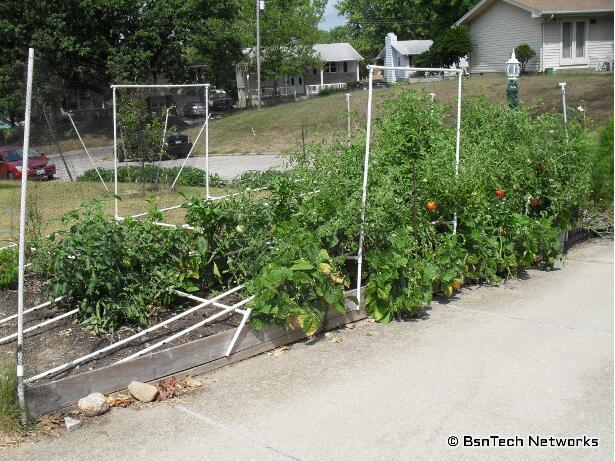 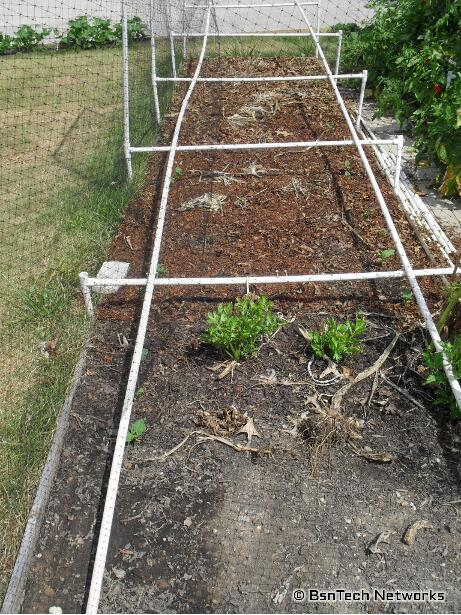 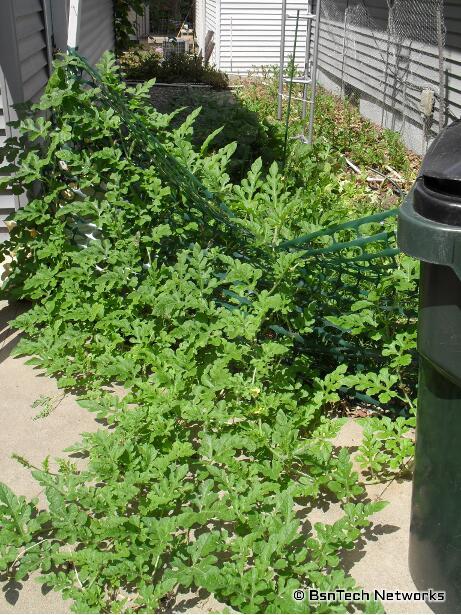 And the Anaheim Hot Peppers over in the container next to the patio is doing well.  Still, some folks say that the peppers are getting ‘sun scaled’ – since I sent in some photos of the peppers with brown spots on them. 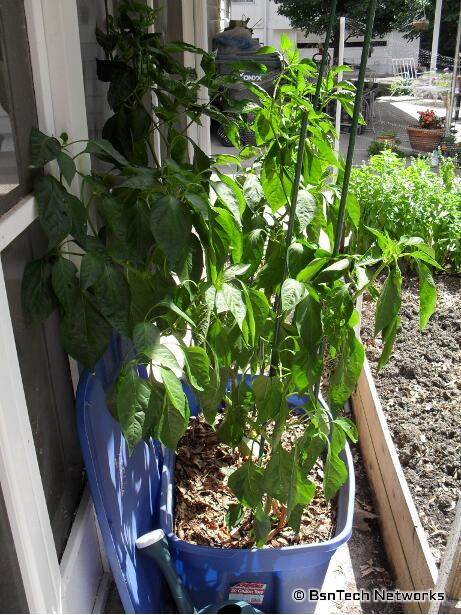 And for the last photo – the lettuce seedlings.  The lettuce had been sitting under lights in the basement for a couple of weeks and I decided it was time to put them outside to get some real sun.  The weather has been very nice lately – in the mid 80’s.  But the past two days saw temps reach about 90 degrees again – so I’m surprised that the lettuce seedlings are putting up with the temperatures. 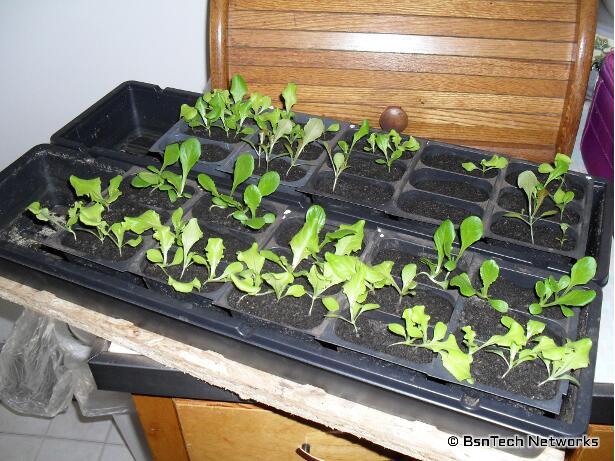 Well, that is all for this edition of the blog.  It was time to make a post since it was two weeks since the last post.