I called up one of our local farm stores today – Rural King – and inquired to see if they had their seed potatoes in yet.  Last week they didn't and couldn't tell me when they would be in.

They said they just got the potatoes in a few days ago – and had either the red variety or Kennebec – but didn't have any Yukon Gold.  Darn – I was hoping to plant some Yukon Gold potatoes this year – mix them up amongst the Kennebec.

The Kennebec potato is a standard white potato and is a mid-to-late variety potato.  Last year we got about 12 pounds of potatoes out of the garden from about ten plants.  They were very good – much better than the standard russet potatoes you can buy in the store for $3 for 10 pounds.  The Kennebec also tend to store longer than other varieties of potatoes – making it my preference.

But, the Yukon Gold potatoes are a yellow potato and are even better than Kennebec – but they don't last as long.  If you go to the store, usually Yukon Gold are twice the cost of russet potatoes – you get about five pounds for $3. 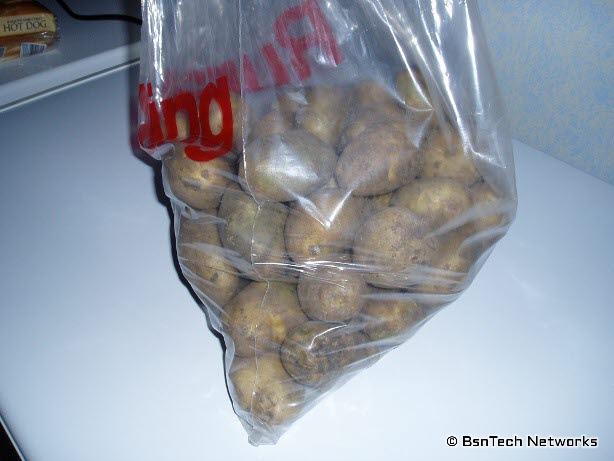 I hope I did the right thing, but I purchased 8.5 pounds of them.  Rural King sells them by the pound for 31 cents!  Amazingly cheap compared to what I bought last year.  Last year I bought a five-pound bag of Kennebec seed potatoes for $6 – more than $1 a pound!

I found out why though.  The seed potatoes in the bag were of better quality than these.  There were a lot of eyes on the potatoes in the bags (an eye is where a sprout will come from to make a new potato plant).  The potatoes purchased today had very few eyes on them and I spent about 20 minutes going through them to find decent ones.  They had some huge potatoes with only four or five eyes on them – and thoe potatoes alone weighed over a pound.  So, this is why I chose the smaller potatoes that had three to four eyes on them but were more spread out.  That way I can cut the small ones into thirds – thereby making three plants.  With 8.5 pounds, I probably have more than I need, but it is better to have enough.  And it was only $2.85 for 8.5 pounds!

Afterwards, we went to the dollar store nearby to just look around since we were on the other side of town.  In there, I found 20-quart wash buckets for $1 each.  I thought these would be great to plant potatoes in as well.  So, after getting home, I got out the drill and put about 10 holes in each of the buckets for drainage.  The buckets are about 10 inches high and 14 inches wide at the opening.  The plan is to put one potato plant an inch or so from the bottom of the buckets, fill the bucket half-way with dirt, and then wait until the plant grows out of the bucket.  Once it does, I will then fill the buckets up the rest of the way with soil – which is where the potatoes will then be formed.  Hopefully this will work – because from those ten plants, we should get about 10 – 15 pounds of potatoes. 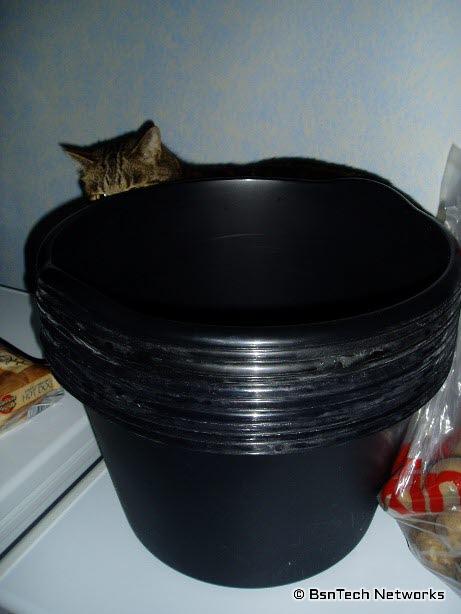 We've been eating a lot of potatoes lately.  Ever since getting the mandolin slicer with an attachment that makes potatoes into french-fry cuts, we've been eating a lot of these with pepper, salt, and garlic salt on them with olive oil.  I bet if we grew 200 pounds of potatoes, we could easily eat that in a year.  However, I doubt we'll make that many potatoes – but my goal is to get around 100 pounds this year.