The seedlings have been really growing over the past few weeks!  Here is an update on how they are doing.  I carried them all outside today in order to get some direct sunlight (and to save some power from the four 40-watt bulbs that are on 16 hours a day). 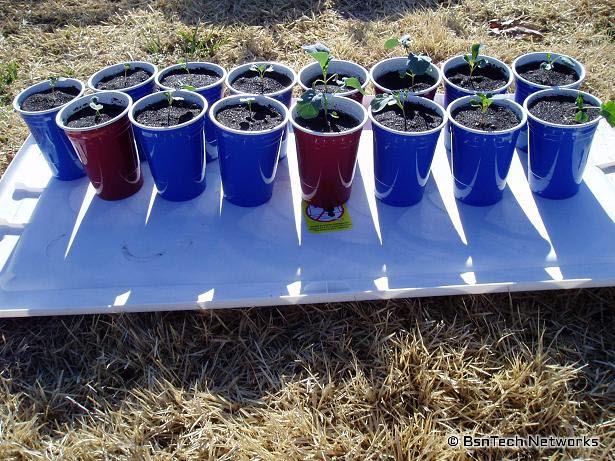 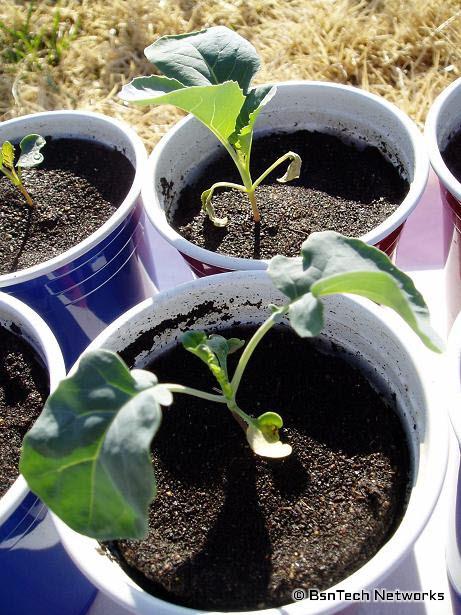 A close-up of a few of the broccoli/cauliflower plants that were first grown four weeks ago. 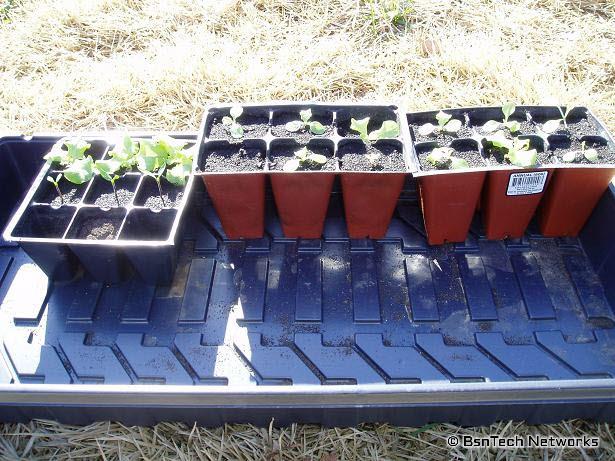 Lettuce and peppers.  The original first three peppers and three lettuce are on the left side that were planted four weeks ago.  Newer lettuce less than two weeks old on the right. 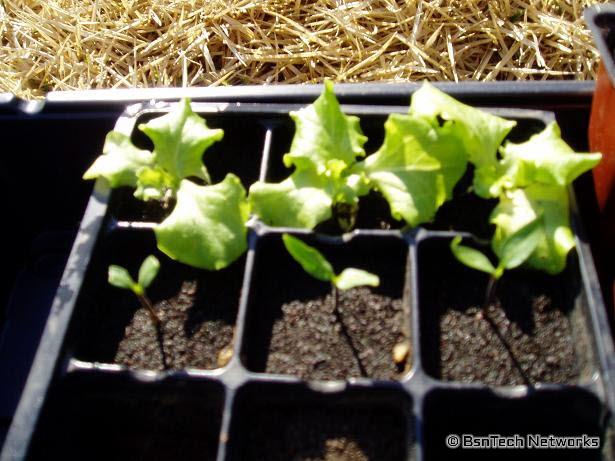 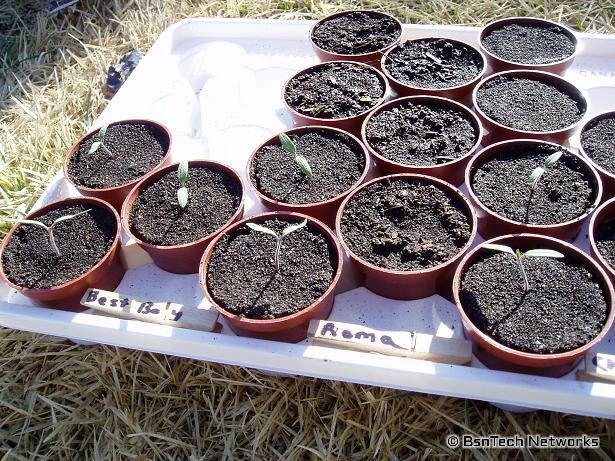 Tomatoes planted two weeks ago.  All five of the "Best Boy" tomatoes have sprouted and only two of the five "Red Cherry" tomatoes have sprouted.  None of the Roma sprouted within the first week, so I used the same containers and put another seed of each in the five.  I hope to get at least two Roma tomato plants.  I have the two "Red Cherry" tomatoes that I wanted, but have about three extra "Best Boy" tomato plants I will probably give to either my parents or in-laws.