It has been a tough year for me starting the garden.  The celery and onion seeds just are not growing very well at all.  I attribute that to celery seed that is over six years old.  The onion seed has notoriously never sprouted well if it is last year’s seed or older.  While I did get some to come up, the germination rates have been very bad.  And, many of the sprouts have not bee ‘normal’ and didn’t live.

So, this weekend, I essentially started over again… well, keeping what has been previously planted though.

I still had at least a dozen or more celery seeds from the packet.  So, I soaked them in water. 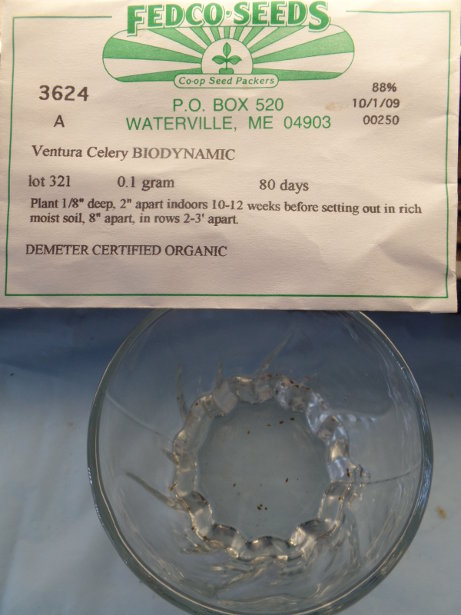 Celery seed is so small – that in the cup above, you barely can see little brown/black dots.  Those are the seeds.

Out of the six cups planted with celery seeds, three are still up. But, one of the seedlings doesn’t look promising.  Initially, all three of them looked pretty bad – but the small seed shell finally popped of two of the seedlings yesterday and allowed the two small leaves to spread out.

I got our daughter involved with the dirt process – since she likes to get messy.  She helped to fill six new cups for the celery seeds.  Always good to include the kids in the gardening process so they understand it and how things grow! 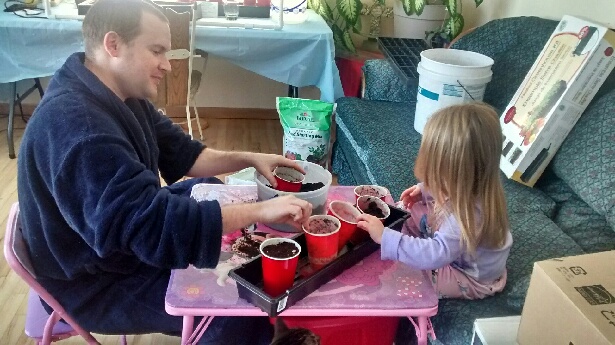 Unfortunately – she got the cup of celery seeds that were soaking… and dumped the water and the seeds out!  Out of all of the seeds, I was able to retrieve four that managed to stick to the side of the glass cup.  While I do have another packet of Ventura Celery seed that is at least a year newer, I’ve decided to ‘call it quits’ on the celery for this year.  So, whatever sprouts is what will be.

Moving on to the onions.  I finished the last of the onion seed that was purchased last year. 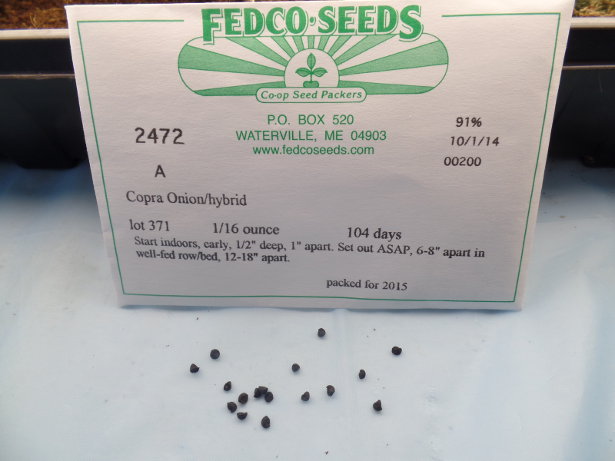 You can see the packet and some of the black onion seeds in the picture above.  I went back to doing it the way I have always planted onion seeds; I got out the small black plastic containers.  Filled them with soil but left about a half inch of room from the top of the containers and the level of the soil.  Then, four seeds were planted in each of them and covered with about a half inch of soil.

When I initially planted all of the onion seeds a few weeks back, I definitely did not give them a half-inch depth for planting.  They were just barely covered – maybe 1/8 of an inch of soil or less.  So, I could have really messed up with the planting – causing many of the sprouts to look bad and not sprout correctly.  And, they may have not been evenly hydrated enough. 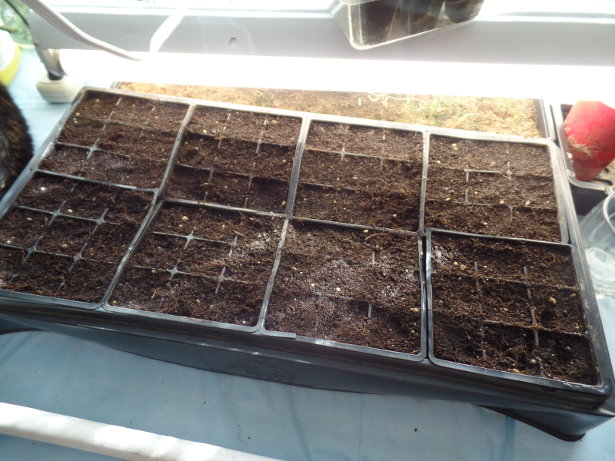 In addition, I put the plastic containers (as shown above) on top of a warming pad.  I let them warm up a bit.  As always, I took out one of the black plastic containers and filled the tray with about a half-inch of water, which is then pulled up into the soil (also as seen above).

After the new batch of onions were planted, I then dug out the soil in the old onion tray – where there was nothing growing.  I still had some onion seeds left – even after putting four in each of the square seeding containers.  So I planted the final seeds in three more containers and filled the bottom of that tray with water as well. 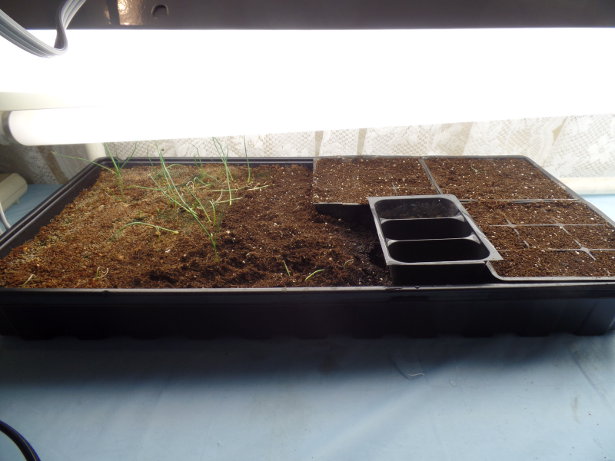 Now it is a waiting game to see what happens.  It could be a bare year in the way of onions and celery.  I just hope that I have better luck with the other seeds – which will be started in about a month or less.  This year, I am cutting back on the amount planted though.  I’ve always grown cauliflower and broccoli – but I don’t think I will be planting those this year.  But, I will still be planting carrots, peas, green beans, peppers, and tomatoes. 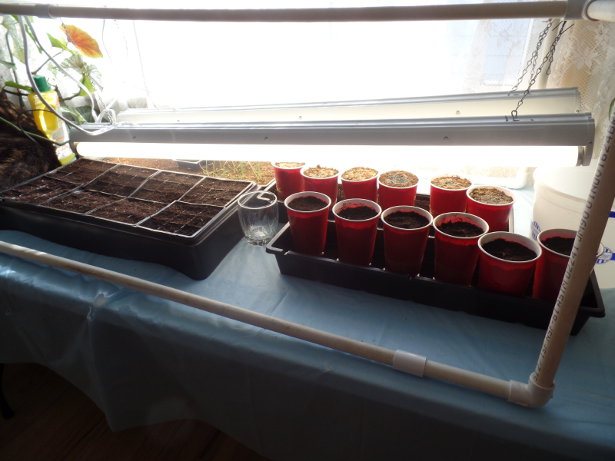