There has been a lot of changes in the past week around the seedlings and the garden.

We had a nice Saturday where it got up to about 52 degrees and was even over 70 degrees in the sun.  So I used the time to work outside.

The retaining wall is almost finally completed!  I have a few more blocks to add, rebar to put in, and the fence to put up, but most of the work has been finished.  I asked a question on the GardenWeb forums about rebar and any problems it may cause with leaching iron oxide into the soil.  A piece of rebar will be placed in each square (two squres per foundation block) to help strenghten the wall.  The squares will then be filled with soil and one onion placed in each.  So, i was concerned that as the rebar gets wet, it would leach iron into the soil around the onions.  But, all is well and no problems with this setup. 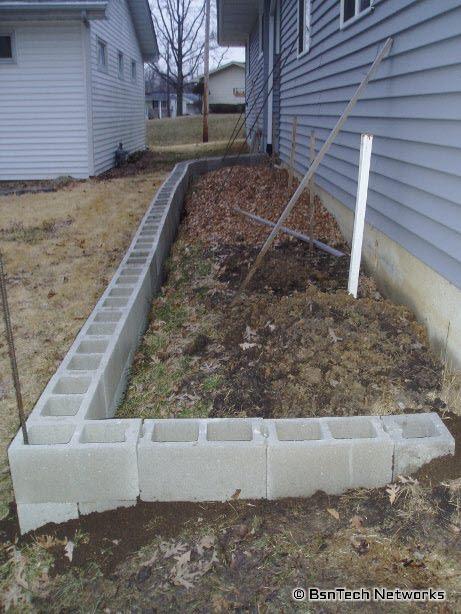 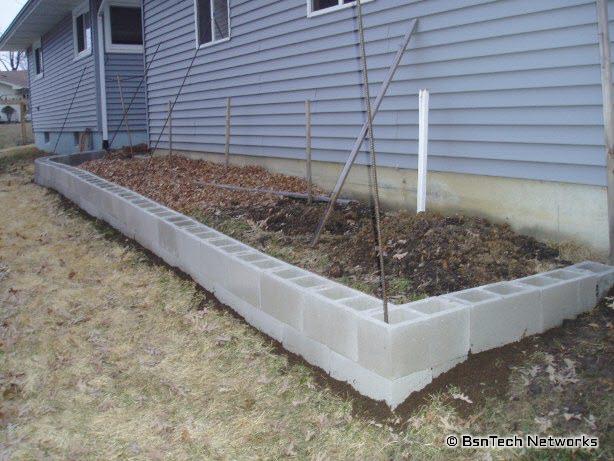 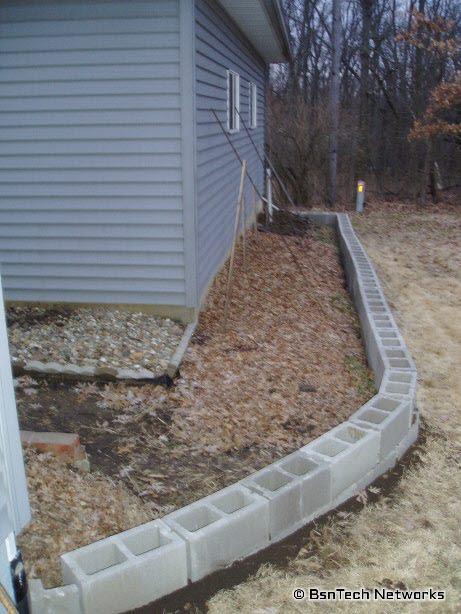 This year I will be building another 4 x 20 foot box in the front yard.  It will be placed about two feet away from the current box and this two-foot area will undergo changes.  The plan is to put down pea gravel between the two beds and get rid of the underlying Zoysia grass.  The same will have to be done for the new box as well – so that is a large 6 x 20 area of sod that has to be removed.  In order to allow for this box to be built, I had to move the Granny Smith apple tree.

I dug another hole about 8 – 10 feet away from the current location and moved the tree.  The roots of the tree are still very small and didn't seem like they grew much in a year.  I think some of this is attributed to the damage the deer continue to cause.  Over the winter, it seems they have chewed off three or four more limbs at the ends.  That is not good because the branch will not grow from that point any longer – but more buds will come from it.  The tree already has several buds on it – so I'm hoping the tree can make a come-back.  We got some edging blocks and then put down some landscape fabric and rock around the tree so the Zoysia grass doesn't take over (like it did at the other spot it was sitting at). 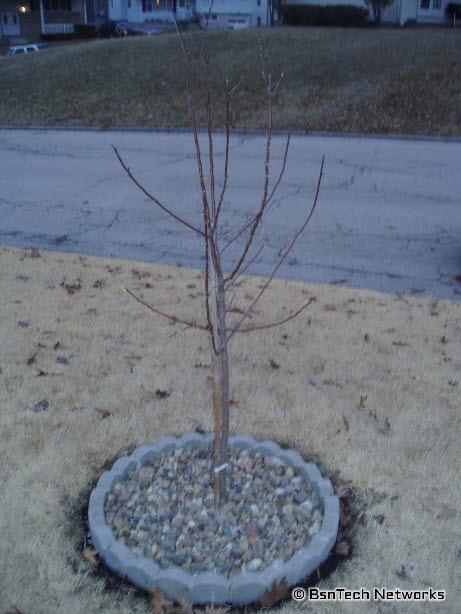 Lastly – for the seedling update.  So far about 14 Copra Onion seeds have died leaving exactly 100 left.  Last Thursday I planted about 28 additional Copra Onion seed just as extra insurance.  The onions are also well on their way to having their second set of "leaves" – but some of them are bending over at a 45-degree angle.  Hopefully they will come out of it, but I'm not sure what they are doing. 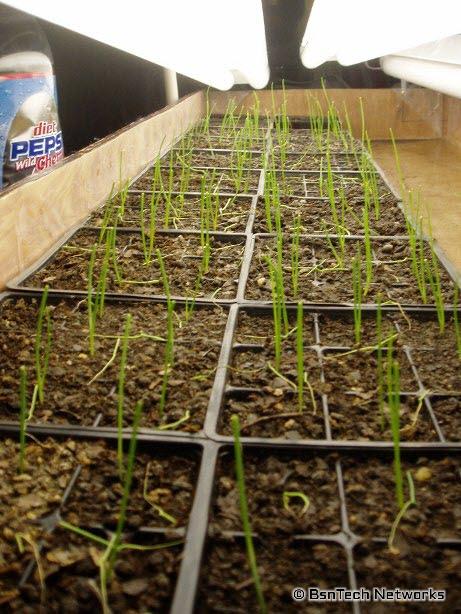 As for the Ventura celery – I finally had one seedling come up last night!  It took 19 days from the time it was seeded to the time it came up.  The container it is in gets to about 58 degrees at night and up to about 68 degrees during the day with the fluorescent lights on.  The celery was planted in regular garden soil about 1/8 – to – 1/4 inch deep.  Folks on GardenWeb indicated that celery needs light to sprout so last Thursday I planted 24 additional seeds in two six-packs (two seeds in each square).  They were just put right on top of the soil and watered in.  So far none of them have sprouted. 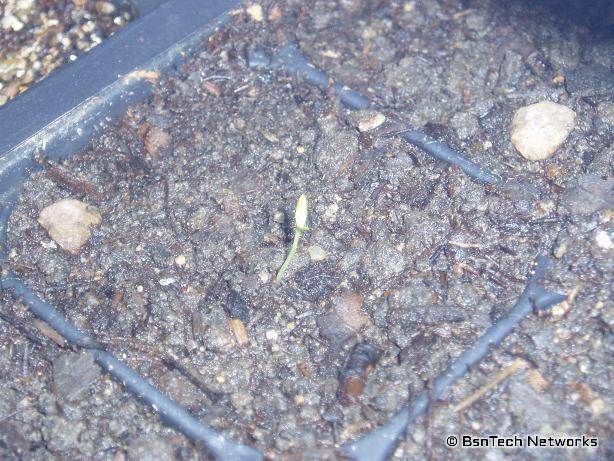 Thinking maybe the celery needs to have a more constant and higher temperature, I took a six-pack of celery planted last week and a six-pack of celery planted the week before and placed them in the "greenhouse".  The greenhouse is just a container that has a veggie heating mat under it and a clear cover over the top to help keep in the moisture.  The heating mat seems to keep the temperature at a higher 75 – 80 degrees.  Once they sprout, i will then put them back under the lights with the regular temperature.  This will help to me to determine whether celery needs to be heated to germinate quicker.

That is all for now.  The weather has been in the lower 50's and continues to be in the lower 50's this week but up to possibly 62 on Wednesday!  The daily low temperature has not been below freezing in a few days either.  I hope that we still have nights below freezing because I'm not anywhere near ready to plant outside!  The average last frost date is April 27th – but I base the last frost date on May 11th – because there is only a 10% chance of frost after this date.

This week I will be starting the broccoli, tomatoes, and peppers.  This week is 9 weeks out from May 11th.