This past week, the Ventura Celery and many onions (Red Bull Onion and Copra Onion) sprouted!

Overall, the Ventura Celery sprouted in five of the six containers.  I put three seeds in three of the containers and two seeds in the remaining three containers.  That is 15 total seeds and of those, about six have germinated so far.  The seed is at least three or more years old now. 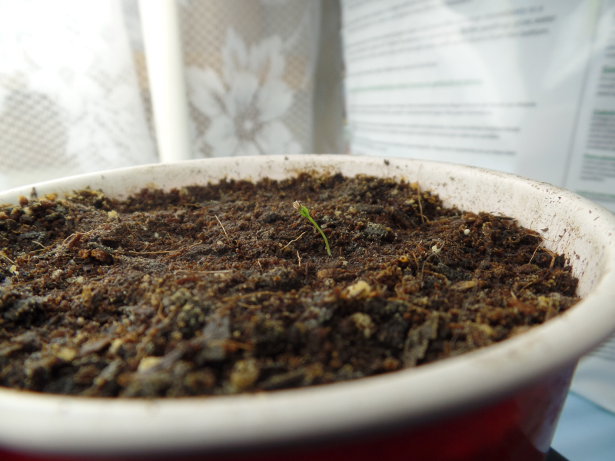 Of the onions, there certainly has been a much lower germination rate.  While there are many of them that have sprouted, I must have seeded at least 200+.  I did my best to spread the seed over the large tray.  But because I soaked the seeds for a few hours prior to sowing them, they stuck to my fingers and may not have been spread as well.  In the picture below, you can see that they are all bunched together.  That isn’t going to work and I’ll have to thin them out.  Quite unfortunate because there isn’t really enough to even make my year’s worth of produce from them. 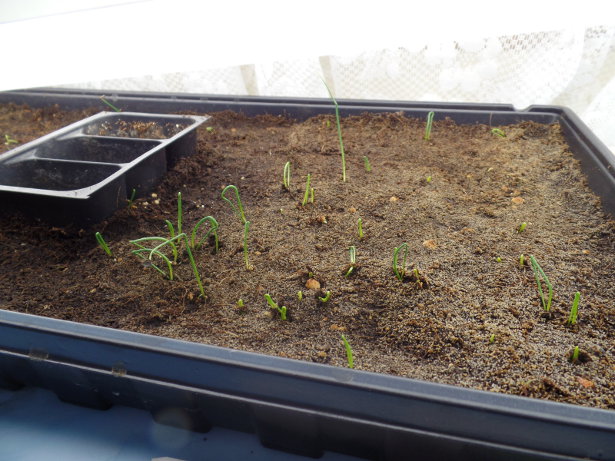 On Sunday, I did get another packet of Copra Onion seeds out from the freezer – a new package that I bought from FedCo Seeds very early last year (2015).  Because the seed is a year old, I don’t expect a great germination rate out of them.  I did not soak those seeds and filled in all of the spots in the tray by putting seeds about one inch apart in all directions.  Overall, I need to get at least 60+ onions to put in the garden for the year.

And finally, here is an overview photo of the germination station. 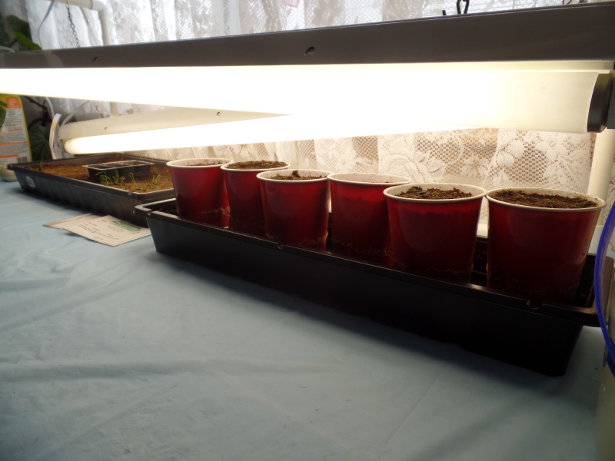