In the last post, I mentioned that the lettuce was coming to an end.  A bit late with this post, but the lettuce was all dug up last Saturday.  I managed to get out in the morning – and the great golden digger wasps appeared to have either been in their nests or gone.

A few hours later, they were back! At least a dozen or more were flying around the area and looking to see what happened to their dens.  I took a close-up picture of one of them: 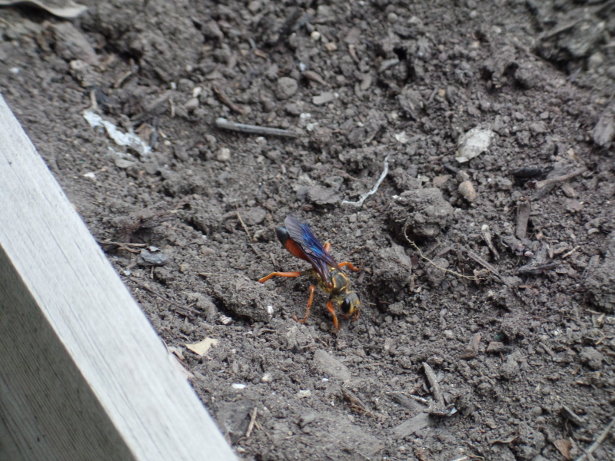 Took about two and a half hours.  The potatoes are planted along the road – and it is a full row that spans the full length of our yard.  It is maybe an area a foot wide by 50 feet long. 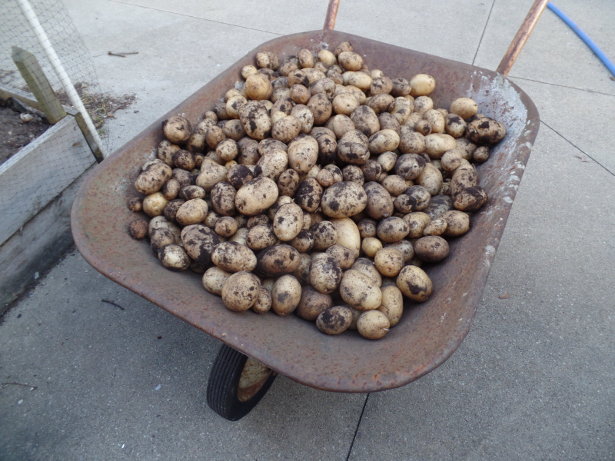 Got a wheelbarrow full of potatoes!  Unfortunately since the potatoes ‘matured’ earlier, there were no large-sized ones.  They were all small to medium-sized.  Overall it was about two five-gallon buckets full of potatoes.

Now, the potato bed is all clean and ready for the next season – that is – if the Zoysia grass keeps out!  During the potato dig, I did my best to pull out the Zoysia runners that were invading the area. 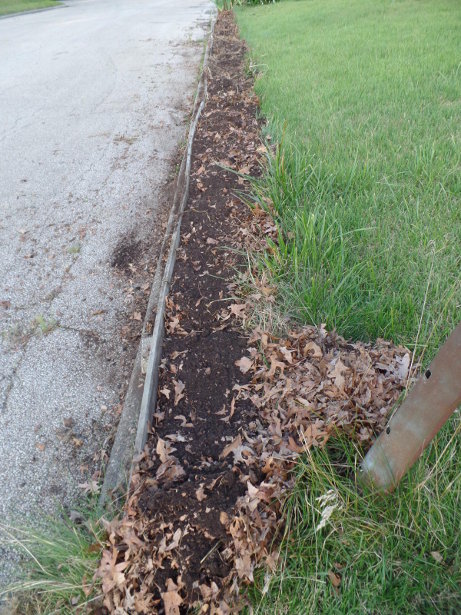 The onions are still growing – having to keep them watered.  Many of the onions are not going to provide us anything, whereas we will at least get something from many others. 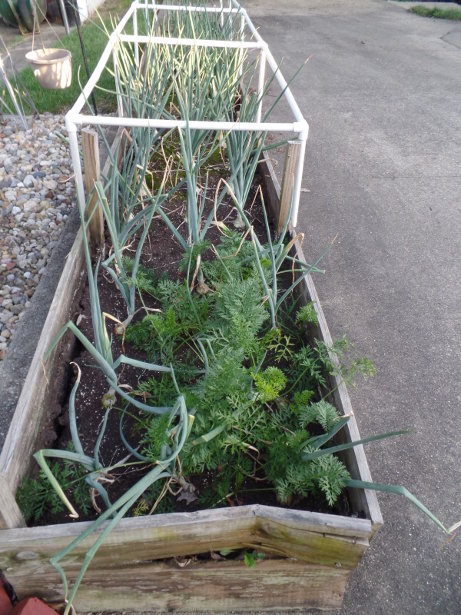 A closer look of some of them: 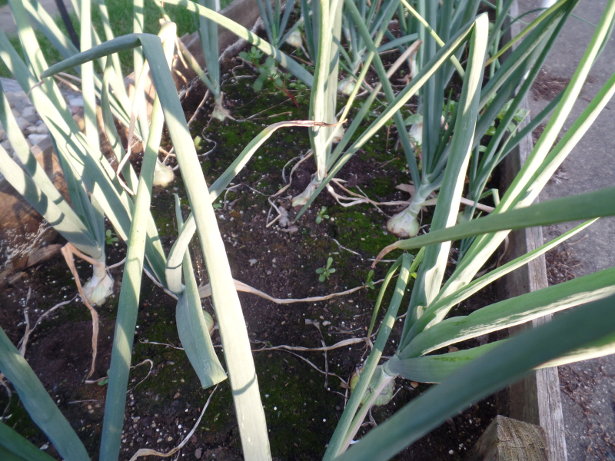 A view of the front garden; it doesn’t look like much has changed. 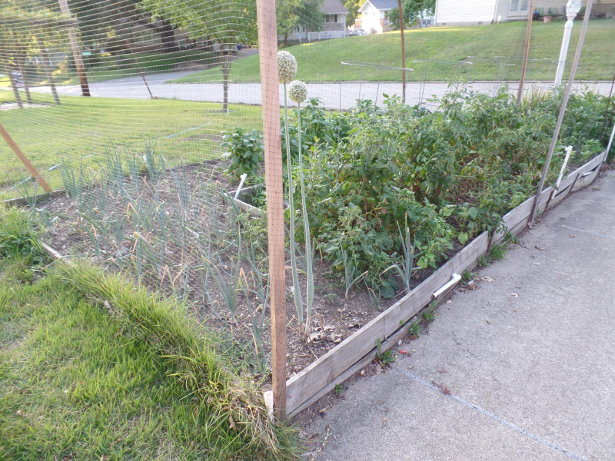 The tomato plants have been eaten back by the deer, but at least we do have a few large-sized Best Boy tomatoes: 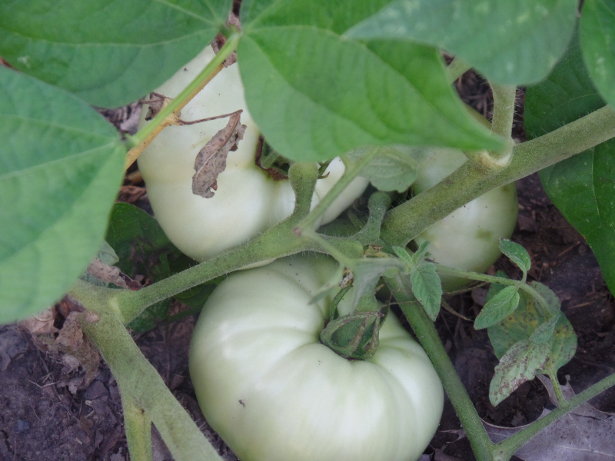 The Roma tomatoes are all very small.  But, those plants have several on them too.

Peppers are doing well.  One of them got eaten by a deer or some other animal, but we have many peppers loaded on them! 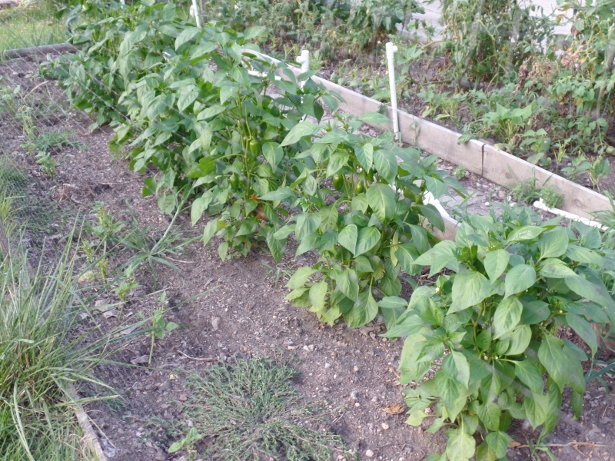 There are a few orange peppers that need picked, but most are still green and need to mature.  Got several bell peppers growing as well.