As an information technology professional, I have been attempting to find different ways to save energy. At my full time job, I manage a center with over 575 computers. That is quite a lot of power. Originally, we had some PCs that were about five years old (from 2003) with the big CRT monitors. In the past few months, I have fully updated all of the computers from those old clunkers to new ones with flat panels. I used a load cord to see how much power they pulled – and together they pull about 94 watts of power even when just first starting up. That is quite a difference from the old CRT and PCs where the CRT by itself pulled that, and the computer pulled up to 120 watts – which fluctuated. 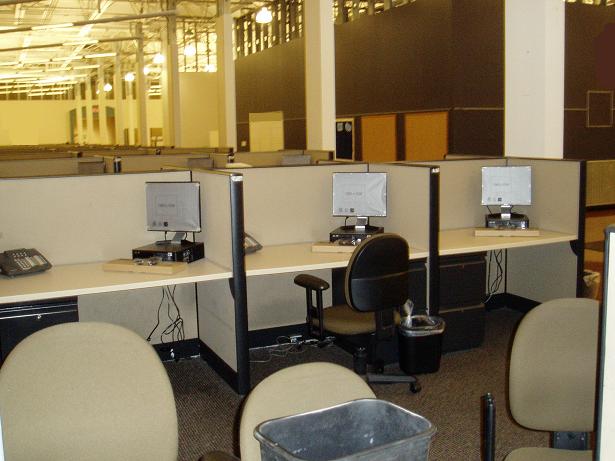 So what other way could you save energy with IT? Well, turn the computers off, of course. At any given point, there may only be 400 of the 575 computers used during the day employee shifts. However, each employee has their own space so all 575 computers are actually used at different points of the day. I found a freeware program online that does exactly what I wanted it to – shut the PCs off after a certain period of idle time. As an example, I have set the program to automatically shut off the computer after a period of an hour of non-use.

So 575 computers on 24 hours a day would consume 1,297 kilowatts per day. Wow, that is a little less than what we use at our house on a monthly basis! Now, lets take an average of 400 computers on for 10 hours a day (8 hour shift plus an hour afterwards for the shutdown to occur). This drops usage down to 375 kilowatts per day. What a huge difference that makes. That is a 71% savings on electric usage from the computers alone in the building.

Could you imagine how much that would save a company on a yearly basis? Lets just say that a kilowatt is 10 cents with all taxes and everything included. Each day, it would cost $129.70 with all computers staying on 24 hours a day. That is $47,340.50 a year just in energy costs for running computers. Now, running an average of 400 computers at only 10 hours a day, it would cost $37.50 a day for energy, or $13,687.50 a year. While this isn't much money to a company, that sure does pay for an employee's salary for a year!