It has been a very busy week – and I unfortunately didn’t get the opportunity to post this last weekend – when the pictures were taken.

The weather here in Illinois has been unseasonable warm.  Would you believe that it is targeted to be 90 degrees in two days on Monday?  Yes, NINETY degrees!  For the most part though, the temperatures have been between 64 and 80 though.

Last weekend I purchased the potatoes.  I was a little later at purchasing them this year – but about two weeks earlier getting them planted.  I went to our local Rural King – where they had Kennebec / white potatoes for 35 cents a pound – and got about 13 pounds worth.  Just cannot beat those prices!  I remember when I bought a five pound bag of potatoes for over $7 at another store a couple years back. 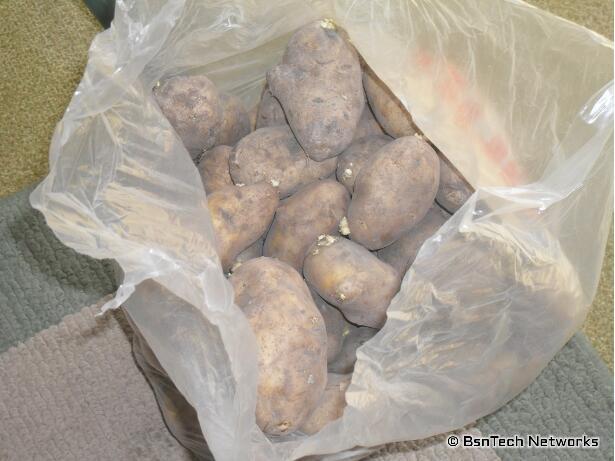 So, the potatoes were planted a foot apart in the garden areas.  Last year they were planted about 10 inches apart and the yield wasn’t great – so I am backing off a bit to the more recommend 12-inch spacing.

In addition to the potatoes, I got the final number of copra onions transplanted to the front flower bed. 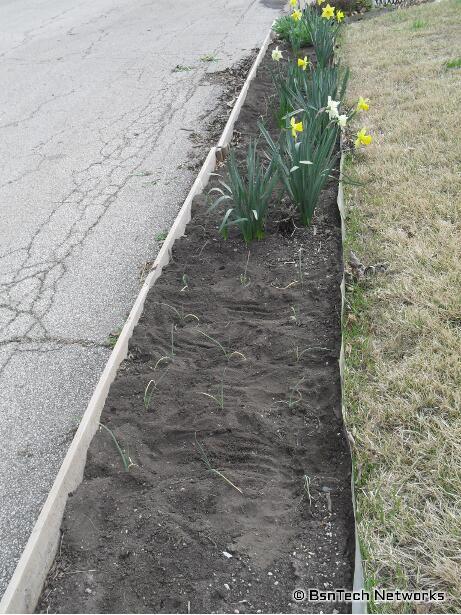 Lastly, all of the lettuce was transplanted outside.  When I seed the lettuce, I always plant three seeds in each black seed-starting container.  That way I only need 33% germination to ensure at least one comes up.  Well, even though the seed is at least two years old now, almost all of the lettuce sprouted.  In the very first seeding of lettuce, I did thin them back to only one per cell – but in the second planting, I left all of them in.  Amazingly enough, that allowed me to fill the lettuce bed with two weeks worth of lettuce – and I was able to get them out of the sprouting containers without damaging them! 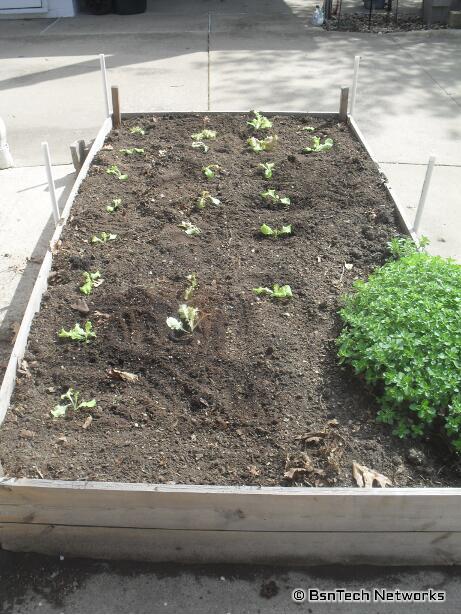 Even a week later, all of the lettuce is still alive.  I have more lettuce that I started which is still under the fluorescent lights downstairs – so in the event that I need to replace any, I have some spare.

Lastly, the other thing that was done was the tedious process of planting the Sugarsnax carrots.  I had to use the garden claw and manually cultivate the carrot bed on the driveway.  I then made small holes in the soil with a pencil and dropped in one seed of each.  It took over an hour to plant approximately 487 carrots.  None have sprouted yet!

To finish off, I have some other pictures of around the garden.

First is the grapevines starting to bloom.  I had a scare when I saw the vines dripping with water after I pruned them – but the water has now stopped and they are growing. 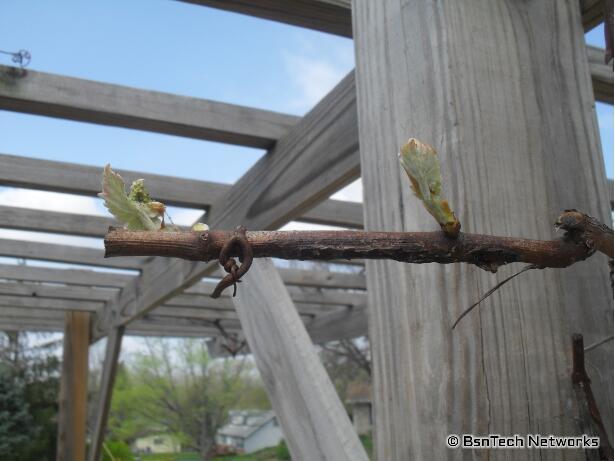 Next is the strawberry patch.  They certainly have perked up – but there are still patches of dead areas. 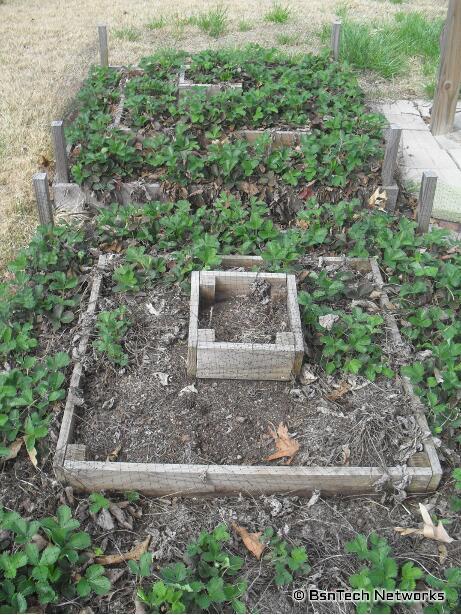 The Granny Smith apple tree has also began putting on blooms.  I had to get the deer netting put back around it to keep the deer away – as they have been trotting through the forest area behind our house for a week now! 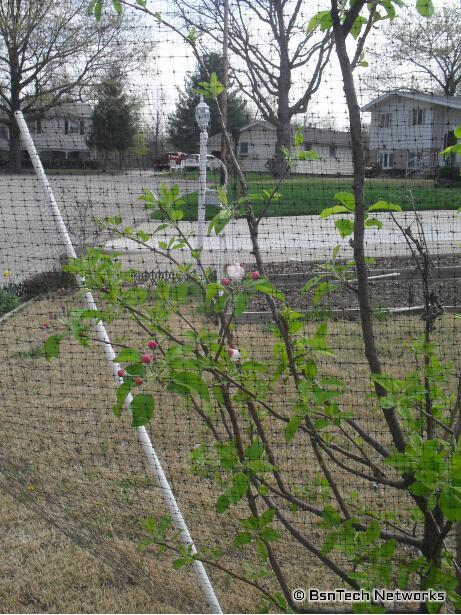 The front garden still is hanging in there – not a lot of growth in the celery or onions. 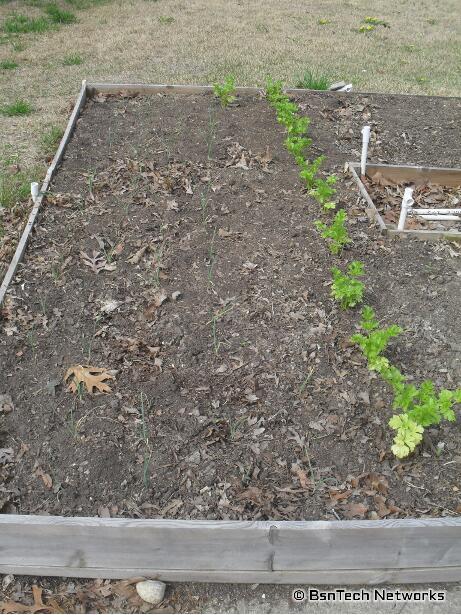 And Cascadia Snap peas!  About 75% or more of them have now sprouted and they are coming up very well! 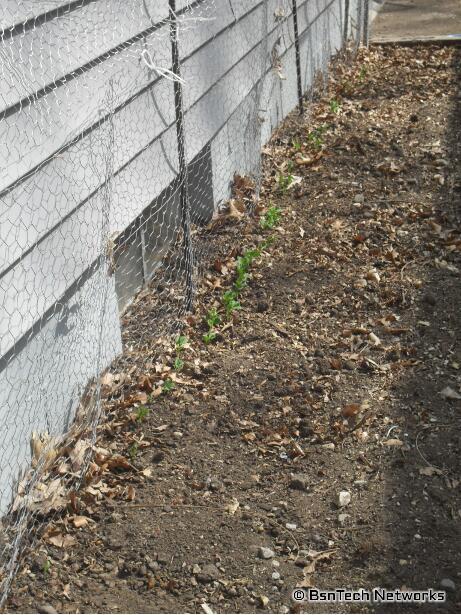 That is all for this edition.