More rain this week.  A lot more rain.  All day Saturday and Sunday, it was a light rain.

At least we had some great temperatures.  It was in the 80’s a few days this week – then of course, for the weekend – rain and colder.

The warm weather really helped to get the plants growing and there are some big changes from last week.

First up is the carrot bed and potato bin.  The potatoes are peeking through.  I had to go through the carrot bed and thin many out since I just sprinkled the seed in – instead of painstakingly going through and lining them all out.  That does mean less carrots this year since there are many spots where there could have been seed – but sometimes you have to weigh the time taken with the output. 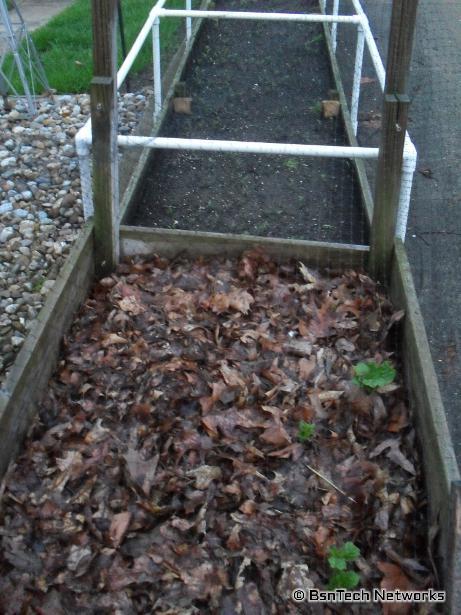 The back garden had some work done on Sunday.  Several tomato plants were transplanted – and the Cascadia Snap Peas are still growing – but ever so slowly.  The pictures are not all that great because at about 7:30 pm on Sunday, I said “Oh wow, I forgot to take pictures!”  So it was getting dark – and I had the flash shut off on the camera. 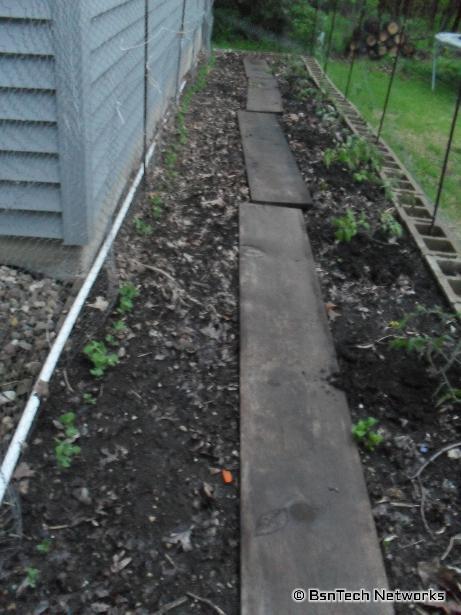 The side garden beside the house – the potatoes are really going strong!  I also put in some PVC pipe next to the peas for watering purposes.  I’ve been pretty slow with getting the drip irrigation system out this year – but that was the first piece done.  I need to follow-up with that and put the irrigation in behind the garage (picture above) and in the front garden as well.  A couple of tomato plants were also planted in the side garden this year since I didn’t have enough space behind the garage. 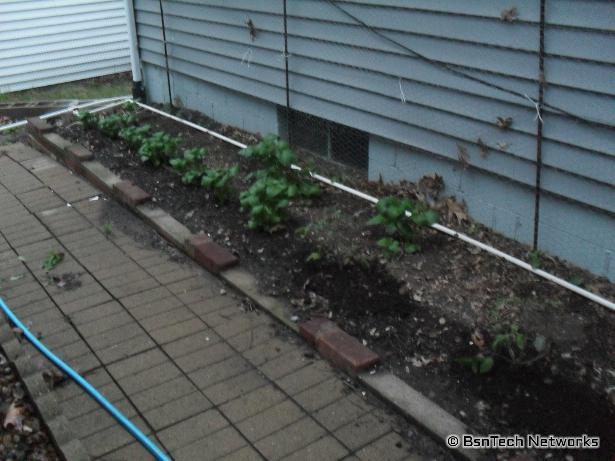 The lettuce has really taken off with the weather and hopefully in a couple more weeks, we can start using some.  Simpson Elite is shown on the left, Red Salad Bowl in the middle, and New Red Fire on the right. 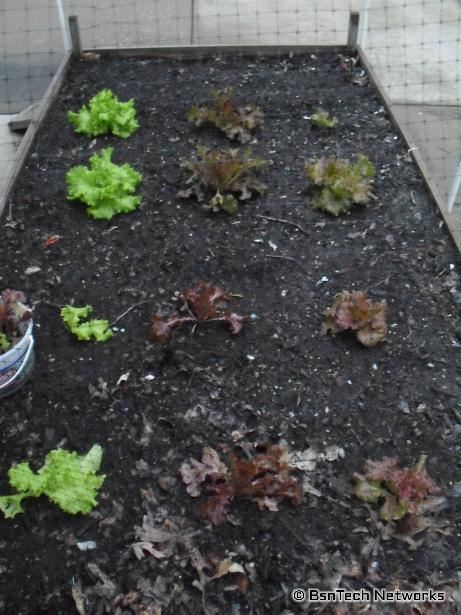 The Ventura celery is doing well – and so are the Easter Egg Radishes.  Wow – that just reminded me – I didn’t plant any more radishes yesterday.  I need to get another batch started so we’ll have a continual supply of them. 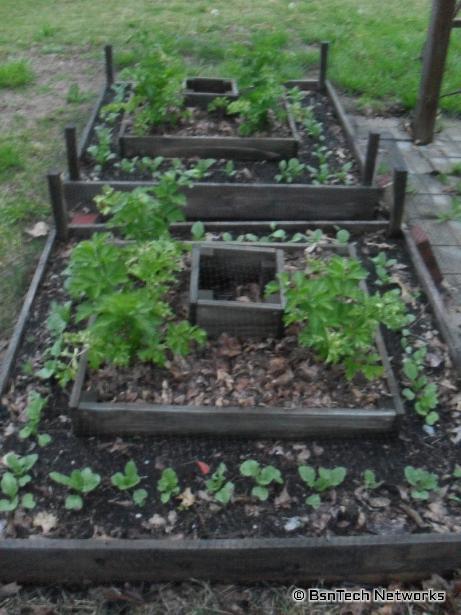 The picture of the front garden is really bad – blurry.  Varsity Onions continue to grow – along with the broccoli and cauliflower.  It does appear that I’ve lost at least one – if not two – of the Snow Crown Cauliflower.  One was pulled up by a deer before I got the fencing in – and the other one – just didn’t seem to transplant very well. 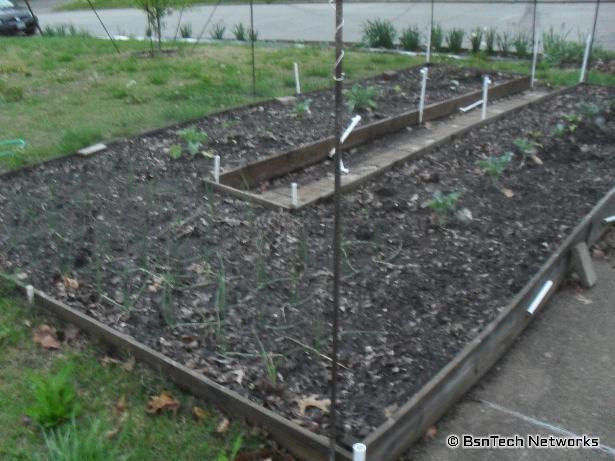 Down on both sides of the front garden, I planted the California Wonder Peppers between the cauliflower and broccoli – a total of eight with four being on each side of the garden patch.  Below is a photo of two of them – with the Snow Crown Cauliflower plant that is pretty much a goner. 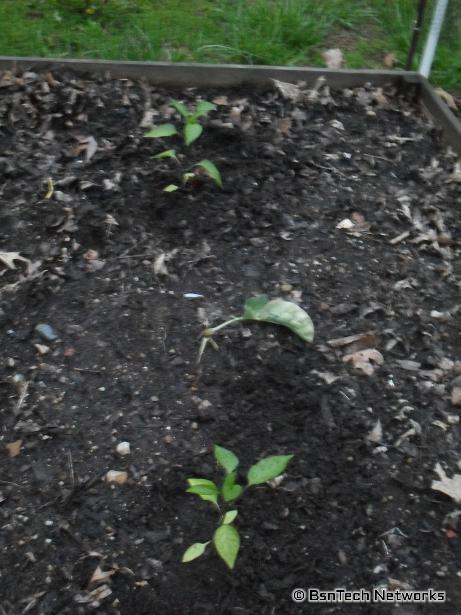 And the last picture is Kennebec Potatoes.  They have done very well in the bed against the road.  This bed was initially going to be used for flowers and such – but I’ve taken it over again this year to put potatoes in.  I’d rather have the space be useful for something if flowers aren’t going to go in there 🙂 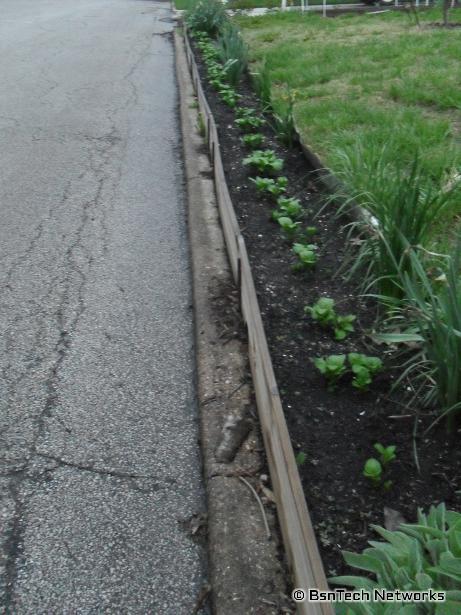